The coronavirus dominated voters' thinking, but those concerned about rising infections sided with Joseph R. Biden Jr. while those who wanted the economy open went for President Trump

By Jennifer Medina and Giovanni Russonello 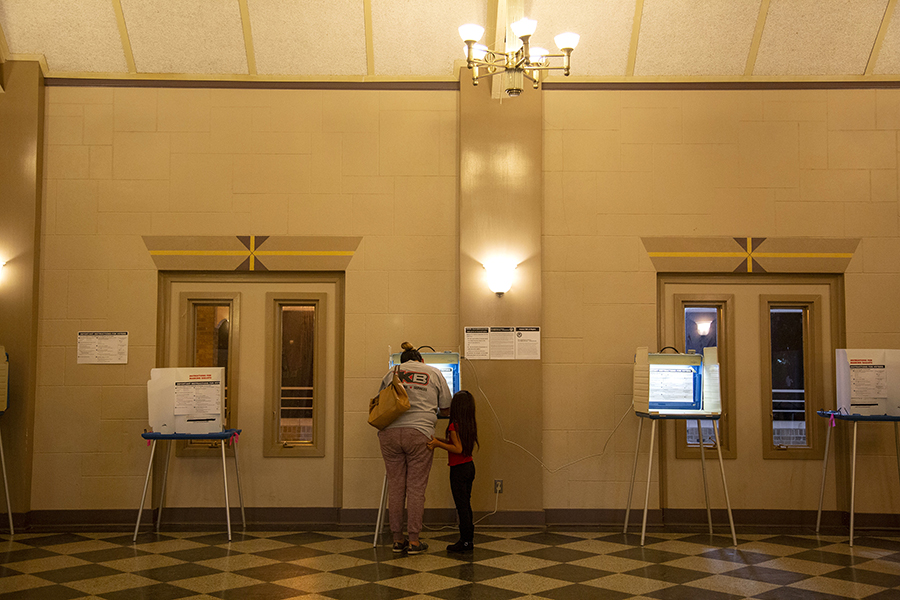 As the country faces a dual national crisis — a monthslong pandemic and economic devastation — voters were deeply divided on what mattered more: containing the coronavirus or hustling to rebuild the economy, according early exit polls and voter surveys released Tuesday. Their opinion of which was more important fell along starkly partisan lines, with those who viewed the pandemic as the most pressing issue favoring Joe Biden for president, while those who named the economy and jobs broke overwhelmingly toward reelecting President Donald Trump. Reflecting a pervasive pessimism, nearly two-thirds of voters said they believed the country was heading in the wrong direction, according to an Associated Press canvass of those who had cast ballots — and those voters overwhelmingly picked Biden. And while Trump had attempted to focus the campaign on anything other than the pandemic, it remained a defining issue: More than 4 in 10 voters said it was the most important problem facing the country, far more than any other issue. A separate survey — the traditional exit poll, conducted by Edison Research — asked the question differently; it found that, as important as it was to them, only about 1 in 5 voters considered the virus the top issue affecting their vote. More said the economy was, and a similar share said racial inequality decided their ballots. The overwhelming majority of Trump supporters called the economy excellent or good while an equal share of Biden supporters said it was doing poorly. Views of the virus also cleaved to politics: Roughly 4 in 5 Trump supporters called it at least somewhat under control, while as many Biden voters said it was “not at all under control.” Those who did not vote in 2016, a group that the Trump campaign said would be key to reelection, appeared to show up in significant numbers — but they mostly turned out to oppose him. First-time voters appeared to favor Biden by wide margins. Moderate voters also swung heavily for Biden, in a tacit rejection of the “radical” label that Trump had sought to pin on him. In contrast to four years ago, a very small share of voters, in the single digits, said they had decided within the past few days, according to the exit polls. Four years ago, 13% said they had decided in the final week.

Tweets by @forbes_india
How long is this going to take? Americans settle in to wait
Trump vs Biden: Who is projected to win?