The change, which is tied to Facebook's decision to bar former President Donald Trump from its site, is a retreat from a policy introduced less than two years ago, when the company said speech from politicians was newsworthy and should not be policed 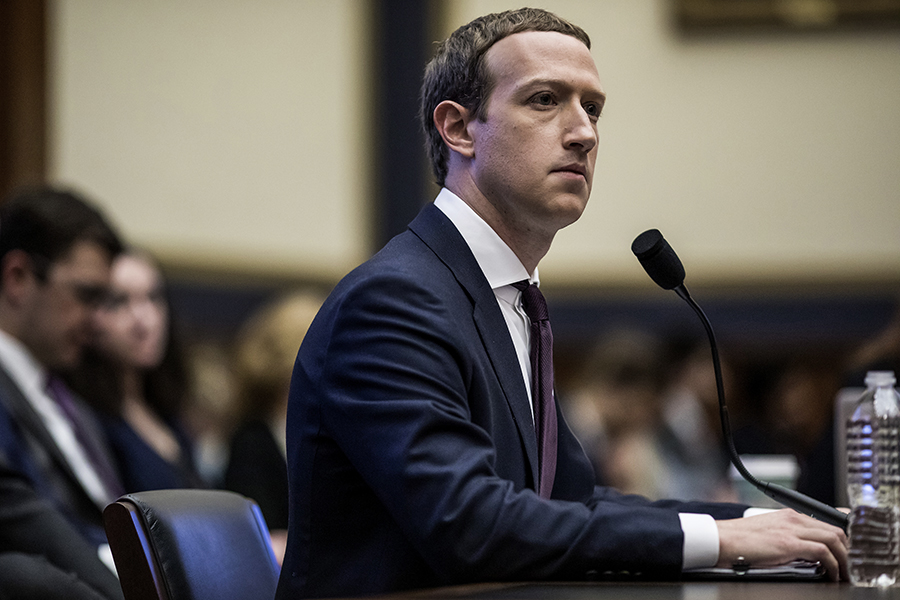 Mark Zuckerberg, the Facebook chief executive, testifies at a House Financial Services Committee hearing on Capitol Hill in Washington, Oct. 23, 2019. Facebook plans to announce on Friday, June 4, 2021, that it will no longer keep posts by politicians up on its site by default if their speech breaks its rules, said two people with knowledge of the company’s plans, reversing how it has allowed posts from political figures to remain untouched on the social network.
Image: Eric Thayer/The New York Times

SAN FRANCISCO — Facebook plans to announce Friday that it will no longer keep posts by politicians up on its site by default if their speech breaks its rules, said two people with knowledge of the company’s plans, reversing how it has allowed posts from political figures to remain untouched on the social network.
The change, which is tied to Facebook’s decision to bar former President Donald Trump from its site, is a retreat from a policy introduced less than two years ago, when the company said speech from politicians was newsworthy and should not be policed.
Under the change, politicians’ posts will no longer be presumed newsworthy, said the people with knowledge of the plans, who spoke on the condition of anonymity. Politicians will be subject to Facebook’s content guidelines that prohibit harassment, discrimination or other harmful speech, they said.
If Facebook does decide speech from politicians is newsworthy, it can be exempt from being pulled down, under a standard the company has used since at least 2016. Starting Friday, the people with knowledge of the plans said, Facebook will disclose when it has applied the newsworthiness clause to rule-breaking posts.
Andy Stone, a Facebook spokesperson, declined to comment. The Verge reported earlier on Facebook’s change.
The change is stark because of how Facebook’s leaders previously pledged not to interfere with political speech. CEO Mark Zuckerberg said in a 2019 speech at Georgetown University that the company wouldn’t be an arbiter of speech “because I believe we must continue to stand for free expression.” Nick Clegg, who leads Facebook’s public affairs, has also said all speech from politicians “should, as a general rule, be seen and heard” on the platform.
Yet Facebook has grappled with a backlash against that stance by lawmakers, civil rights activists and even its own employees, especially when Trump used social media to rally a crowd that ended up storming the U.S. Capitol on Jan. 6. A day after the riot, Facebook said it would block Trump because the risks of allowing him to use the platform were too great.
Since then, Trump’s allies and supporters have challenged the company, saying Facebook engaged in censorship and had too much power over who could say what online. To defuse the situation, the social network sent its decision to block Trump to a company-appointed oversight board for review. Last month, the board upheld the ban but also kicked the case back to the company.
The board said an indefinite suspension of Trump was “not appropriate” because it was not a penalty defined in Facebook’s policies and that the company should apply a standard punishment, such as a time-bound suspension or a permanent ban. The board said Facebook must respond by Friday to its recommendations for how to handle potentially dangerous posts from world leaders.
Around the world, political leaders have also tried to curtail Facebook’s power over online speech, while using social media to advance their own agendas. Russia, India and other countries have recently ordered Facebook to pull down posts, even as some of their own politicians have tried to influence citizens with Facebook posts.
In the United States, Florida last month became the first state to regulate how companies like Facebook moderate speech online, by imposing fines on companies that permanently bar political candidates in the state.
Other social media companies have also made exceptions for world leaders. Twitter for years gave extra leeway to politicians who violated its rules, allowing their posts to remain on its platform because, it said, the information was in the public’s interest.
In 2019, Twitter said it would continue allowing world leaders to post harassing or abusive messages but would hide them behind a warning label. Last year, Twitter began enforcing its rules more forcefully, removing several tweets from world leaders such as President Jair Bolsonaro of Brazil for spreading misinformation about the coronavirus.
On Friday, Facebook also plans to shed more light on how it penalizes rule-breakers and major outlets that post offensive content on the social network, the people with knowledge of the plans said. That will include a fuller explanation of its “strikes” process, a way the company tallies up infractions made by accounts or pages that break its rules.
Facebook has been criticized for its lack of transparency around applying strikes and for uneven enforcement of its rules, particularly against high-profile accounts of conservatives. Insiders have questioned whether some of Facebook’s policy executives were too lenient on right-wing figures who regularly ran afoul of content policy.