The company has signalled an itch for change, with plans for an audio chat service, a platform for newsletter writers, ephemeral content and new moderation tools that give people more control over their conversations. 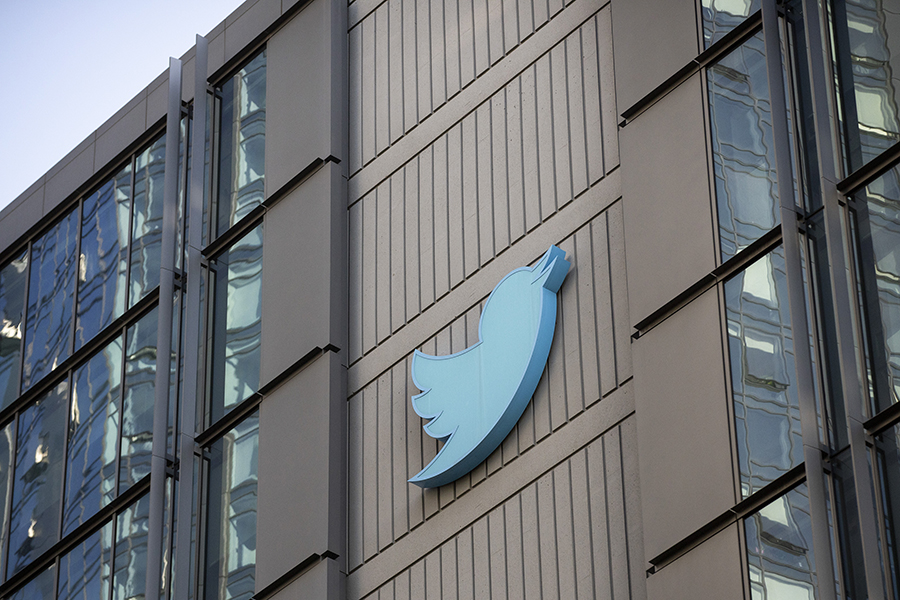 Outside Twitter's headquarters in San Francisco, Oct. 21, 2020. In recent months, the company has signaled an itch for change, with plans for an audio chat service, a platform for newsletter writers, ephemeral content and new moderation tools that give people more control over their conversations.
Image: Laura Morton/The New York Times

For years, Twitter remained pretty much the same. One of its most memorable product updates was in 2017 when it doubled the number of characters that could fit into a tweet. But in recent months, the company has signaled an itch for change, with plans for an audio chat service, a platform for newsletter writers, ephemeral content and new moderation tools that give people more control over their conversations. On Thursday, Twitter went a step further, announcing ambitious plans to expand with new options to pay for exclusive content from certain users, and to launch communities for specific interests. “The notion of Twitter even changing feels like a novel concept,” said Kayvon Beykpour, Twitter’s head of consumer product, in a recent interview. “It’s still so far from achieving its potential, despite how much influence and value it does have in the world.” The heart of Twitter, launched in 2006, is still tweets. But the company urgently wants to attract more users — a lot more users — and impress skeptical investors while not weighing down its service with bulky features that come across as afterthoughts. Though Twitter was at the center of last year’s tumultuous presidential election and continues to carry an outsized influence in political and media circles, younger social media peers like TikTok, Snapchat and Clubhouse have grown far more quickly. Snapchat now has 265 million daily active users, more than Twitter’s 192 million. TikTok, which became widely used in the United States in 2018 and does not regularly publish usage figures, said last fall that it had about 50 million daily active U.S. users. And 11-month-old Clubhouse has 10 million users. Over the next three years, Twitter wants to increase its number of daily active users by at least 64%, to 315 million; increase the speed at which it debuts new features to the public; and at least double its annual revenue, Jack Dorsey, Twitter’s chief executive, said on Thursday at an event for industry analysts and investors. The shift, Twitter executives and employees say, is overdue. “It comes down to three critiques: we’re slow, we’re not innovative and we’re not trusted,” Dorsey said. Dorsey has pushed in recent years for the company to expand its mandate beyond 280-character conversations and host broader discussions. But Twitter has long resisted change. Leadership of the company’s product development team regularly changed, and the small tweaks that Twitter did manage to make were routinely mocked by its users. After he took over product development in 2018, Beykpour often joked that he, like product leaders before him, could end up on the chopping block. Twitter has added a bevy of features, including ephemeral stories that are nicknamed “fleets,” moderation tools that help users limit who can reply to their tweets and live audio chats called Spaces. It also revamped its network, which had largely been built during Twitter’s early days, before modern cloud-computing services were widely available. The company is also experimenting with subscription products, like newsletters, that would help creators earn money on Twitter. “That’s the shift Twitter is in right now: There are a lot of different things that Twitter is willing to try,” said Esther Crawford, a senior product manager at Twitter. Crawford co-founded the social video app Squad, which Twitter acquired in December. “People are actually in this moment of excitement around the experimentation that we’re doing.” On Thursday, Twitter teased new features, like community groups and “Super Follows” that would allow users to subscribe to exclusive content from other tweeters. The subscription option could attract more influencers, who have become accustomed to earning revenue from their content on other platforms. Users who “Super Follow” an account could get a badge on their profile indicating their support and access to newsletters and other content behind a pay wall, Twitter said. The new community groups, which Twitter expects to debut later in the year, would allow users to connect with others who share their interests. Communities could also set their own moderation rules, the company said. Twitter also said it would hire engineering teams in regions it plans to grow, like India and Africa. But some analysts remain skeptical that all of Twitter’s experimentation will amount to reeling in the competition. “They try all of this experimentation and it feels like a lot of small pieces that don’t necessarily cumulate into a bigger cohesive app experience or social media experience,” Jessica Liu, a senior analyst at Forrester, said in an interview earlier this month. “I just want to understand from their senior leadership, what is the long-term vision for Twitter?”

Tweets by @forbesindia
Airbnb posts a $3.9 billion loss in its first report as a public company
"Luxury travel in 2021 is going to be domestic travel"