Uber is losing big money, as China cracks down on Didi 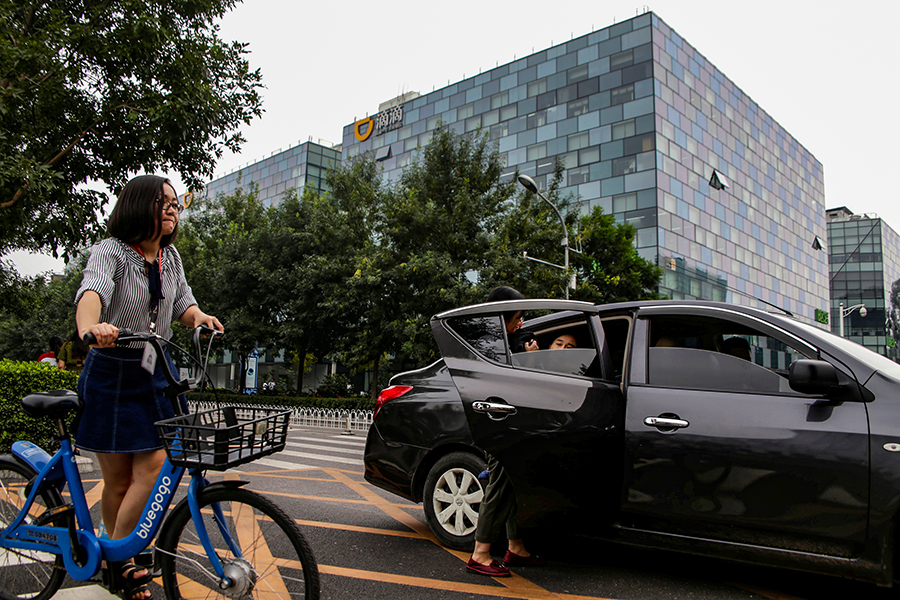 Passengers sit into a car provided by Didi Chuxing's Kuaiche service in front of its headquarters building in Beijing, China; Image: REUTERS/Jason Lee

China’s crackdown on its Big Tech companies continues to have reverberations around the world. On Thursday, Uber said it lost $2.4 billion in its most recent quarter, largely because of its investment in Chinese ride-hailing company Didi.
The Didi investment weighed heavily on what was otherwise a fairly upbeat quarter for Uber, as both customers and drivers increasingly returned to the road. The loss was 123% more than the same quarter a year ago, when Uber’s business was reeling from the pandemic.
Since Didi, China’s largest ride-hailing company, went public in July, it has faced increasing pressure from Beijing on data security, privacy and worker protections. The crackdown caused Didi’s stock price to tumble and led to a $3.2 billion hit for Uber, which sold its Chinese business to Didi in 2016 in exchange for equity. That loss was offset by other investments.
Aside from its loss on Didi, Uber, which is based in San Francisco, said its business continued to recover from the pandemic. Its revenue was $4.8 billion, a 72% increase from the same period a year ago, which exceeded analyst expectations. Uber’s gross bookings, the total amount it brings in before fees and payments to drivers, increased 57% to $23.1 billion.
The company said that, excluding certain expenses such as stock compensation and the Didi losses, it had reached its first profitable quarter.
Drivers steadily returned to the platform in the third quarter, Uber said, adding that the company had added nearly 640,000 new drivers and couriers to its platform since January.
“Our early and decisive investments in driver growth are still paying dividends, with drivers steadily returning to the platform, leading to further improvement in the consumer experience,” Dara Khosrowshahi, Uber’s CEO, said in a statement.

Riders were also returning to Uber and beginning to take more trips than they had before the pandemic, Khosrowshahi said, adding that gross bookings for Uber's mobility business “are up 18% over just the last two months, and this Halloween weekend surpassed 2019 levels."
In the third quarter, Uber said 109 million users were active on its platform, including riders and customers of Uber Eats, its food delivery business. The figure was up 40% from the same period a year ago.
On Tuesday, Lyft, Uber’s biggest competitor in the United States, also said its drivers were returning. Lyft reported revenue of $864.4 million, a 73% increase from the same period last year, and a loss of $71.5 million, an 84% decrease.
Uber's shares were up slightly in after-hours trading.

Tweets by @forbesindia
Can climate pledges lead to rising prices?
From rice to coffee, the everyday foods under threat from global warming