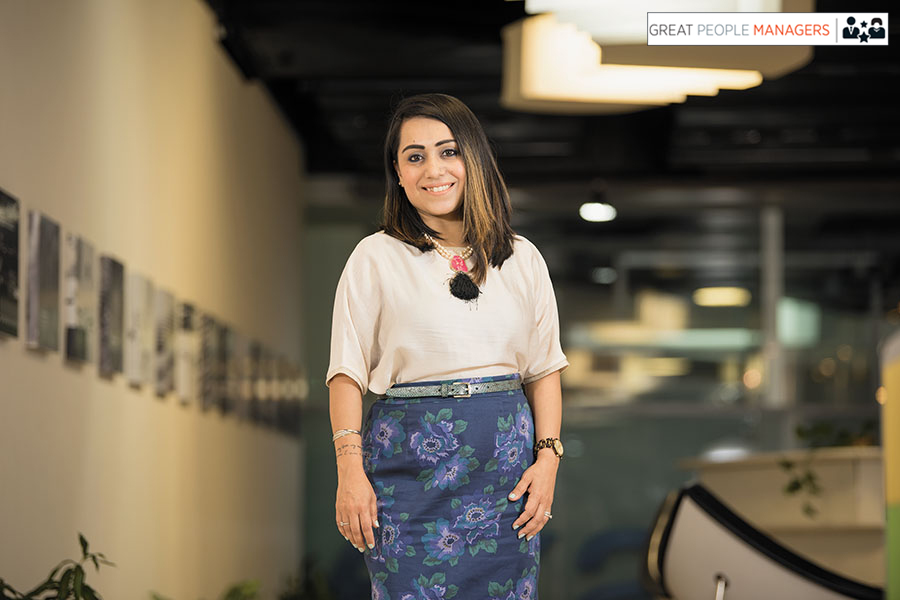 "I’m never afraid of hiring someone smarter than me,” says Shuchi Nijhawan, vice president for global HR and new business at Eka Software Solutions in Bengaluru. Highlights of Nijhawan’s daily work day, she says, include a ritual of a dozen colleagues on her team always eating lunch together—even if it means having to wait for her meetings to end. 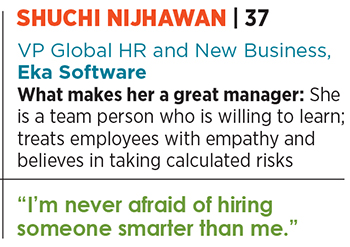 The 37-year-old recalls wanting to be a neurosurgeon, but switched to computers after not making the cut on the medical entrance tests. She was smart, and figured out her heart wasn’t in it. She changed tack to human resources (HR) during the second year of her MBA at Symbiosis International University in Pune.

The Delhi girl had inherited an entrepreneur’s penchant for hard work from her father and spent her undergraduate years in Delhi doubling up as a sub-editor and freelance writer for a now-defunct fashion magazine. Therefore, her MBA years in Pune when she stayed in hostel included some comforts like going out to nice places to eat or treating friends from money she’d earned over the previous three years. Her brother has taken the entrepreneurial route as well, but Nijhawan entered the corporate world by joining Polaris Software after her MBA. More than three years into that job, she wanted to “jump ship” to a startup. “People told me I was crazy, but I wanted to be in a place where I could make a bigger difference,” she recalls. After about 15 months with Clickable Inc, she took up her current job at Eka. In the nine years since then, she has seen the staff more than triple to 430 people. For a products company—Eka specialises in a digital platform for commodities trading—this reflects strong growth. “Millennials are glitzed out by B2C and ecommerce, and I don’t blame them, but it’s a different game working for an enterprise products business,” she says. Today, she is also a mother to a five-year old, whom she drops off at day care before heading to work. Being a working mother has brought its own lessons to her, including that if someone can’t bring their A-game to work one day because they are worried about a sick child, for instance, it’s to be respected and treated with empathy. And the CEO, her boss, is on her side on that, she says.

Tweets by @forbes_india
IRS Survey: Good times for Print Media
Women did everything right. Then work got 'greedy'