By Haas School of Business

Stock options have rewarded many thousands of employees, particularly those working in the information technology industry, with income that far outstrips their normal salaries. It’s become an article of faith in Silicon Valley that those rewards create incentives for employees to work harder and smarter, in turn rewarding the companies that lavish options on the workforce with better performance and greater shareholder value.

But does that assumption stand up to careful scrutiny? The answer: It depends on who is receiving the options, according to a new study co-authored by Assistant Accounting Professor Nicole Bastian Johnson. 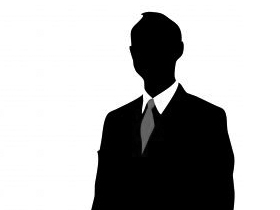 “Our findings provide evidence that options provide incentive effects at the executive level that are sufficiently large to be reflected in firm performance, but no evidence for similar incentive effects for non-executive employees,” wrote Johnson and co-authors David Aboody of UCLA’s Anderson School of Management and Ron Kasznik of Stanford’s Graduate School of Business.

Their paper, “Employee Stock Options and Future Firm Performance: Evidence from Option Repricings,” will be published in the Journal of Accounting and Economics later this year. Learning that granting options to a broad selection of employees may not be an effective tool is the paper’s most important contribution to the literature, Johnson says.

Options and their effect on corporate performance have been frequently studied. However, nearly all of the research has focused on options for executive-level employees. Few researchers have looked at companies that granted options to rank-and-file employees, largely because obtaining data is so difficult, says Johnson.

Public companies generally disclose option grants on regularly scheduled proxy statements, but usually for only top-level managers. Digging through hundreds of corporate filings with the Securities and Exchange Commission to find who else may have received options is extremely time-consuming. But that’s exactly what Johnson and her colleagues did.

The researchers identified 1,364 companies with employee stock options whose stock price declined by 30 percent or more annually in any of the years between 1990 and 1996. Of those companies, 300 repriced and formed a basis of comparison to a control group of the 1,064 that didn’t.

The researchers theorized that when a company’s stock price falls below the exercise price of an option, much of any incentive effect the options may have had disappears. Repricing those options should restore those incentives, the researchers assumed. A situation in which options have been repriced should be similar to that of a newly instituted option-grant program.

While Johnson is confident that the study’s results are meaningful, there are, she says, a number of caveats.

The researchers chose to study performance before significant accounting changes were made to the treatment of options, particularly the rule instituted in 2005 requiring companies to expense the cost of options. However, while that rule may have prompted some firms to cut back on granting stock options, the researchers do not have any reason to assume it would have changed the effect that option grants have on employee behavior—the focus of their study.

Tweets by @forbesindia
Private Equity In Asia: Hunting For Opportunities Beyond The Hot Markets
Why Good Ideas Die … And A Simple Approach To Saving Them