Key to doing your best at work? Be yourself

Hiding your quirks and opinions won't get you ahead. 'Badass' leaders bring their bold, authentic selves to work, without apology, says Francesca Gino. 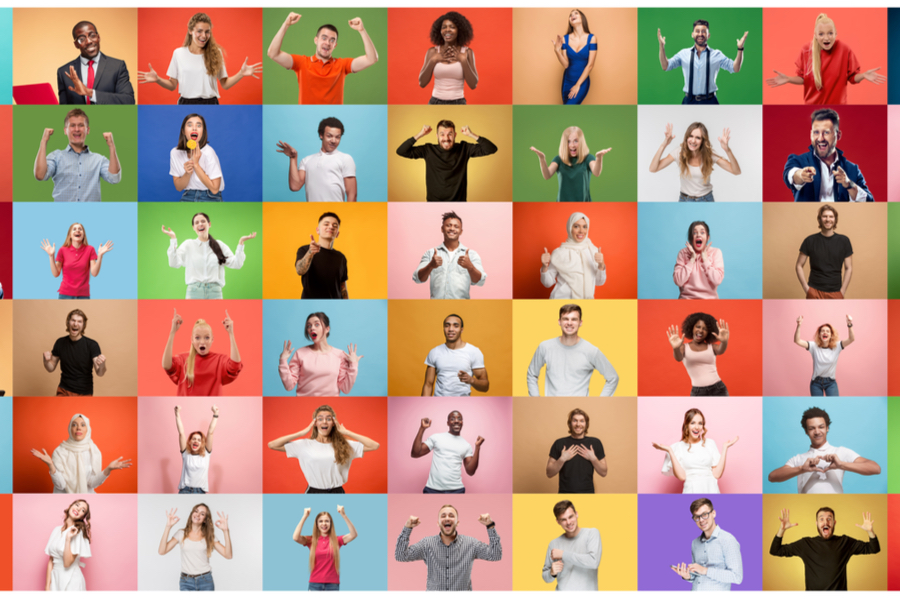 Too often, people are advised or feel pressured to bury the special or quirky aspects of their personalities, recalibrate their speaking or personal styles, or think twice about sharing honest opinions at work in order to demonstrate that they are “a good fit.” But that approach does a disservice to both the employee and the business, Frei and Gino say.

The pair recently taught a short, intensive course for MBA students, “Anatomy of a Badass,” about learning to be unapologetically bold and authentic at work, featuring Bozoma Saint John, the charismatic chief marketing officer of Netflix (once described by Buzzfeed as the “coolest” person to ever go onstage at an Apple event). Research shows being true to who you are leads to greater professional performance and personal satisfaction and if companies are serious about increasing diversity and inclusion, encouraging everyone to bring their individuality and unvarnished opinions with them is a good start.

Gino, who studies innovative leadership and wrote a 2018 book on successful rulebreakers, Rebel Talent, spoke with the Harvard Gazette about what it means to be authentic at work and why it matters.

Gazette: Though everyone can find it hard to feel comfortable in their own skin, especially at work, you say the idea behind this course came out of the challenges that Black people, as well as other marginalized people, face, even as more companies say they want everyone to feel welcome and valued at work.

Francesca Gino: So often, when we talk about good, indifferent, or inclusive workplaces, we think about the conditions that each of us can create to foster a more inclusive environment, whether we’re having a conversation, a meeting, and other interactions. What we don’t give a lot of space to, though it’s almost as important or maybe even more important, is what if you’re the person who doesn’t feel welcome or cherished for the views and differences that you bring forward? And that’s where having this courage to just show up for who you are is powerful. So how do we truly show up at our best and bring our ideas forward no matter what the context is? Boz [Bozoma Saint John] has really done that, loudly and effectively.

Gazette: What does it mean to be a badass?
Gino: It means having the courage to bring your full self forward. Now, authenticity is a word that is thrown out there a lot. I think the confusing part for a lot of people is that it’s often assumed that if you’re authentic, it means that you’re not filtering. And that is not the case. You’re being thoughtful about it. What it means is that, in moments where you and I are in a meeting with others, and everybody’s suggesting X and I fundamentally believe that we should be doing Y, I feel the courage to speak my mind. Or, if I like to dress in a certain way, that I don’t tone it down simply because I’m the only one dressing that way.

In many different ways, it’s bringing out more willingly who we are rather than checking our identity at the door as we go to work. It’s really thinking about what makes you, you; what are your personal strengths and talents, to make sure that you are leveraging them in the work that you do, or in your personal life, rather than quieting them down.

Gazette: How does authenticity affect someone’s work life?
Gino: I’ve done quite a bit of research on authenticity inside of organizations. Here are a few that are surprising to people: One is authenticity benefits how we perform. One of the studies that I’ve done with a few colleagues shows that people doing an interview, if they are more authentic, which might mean answering questions by bringing forward the real you versus not, end up being more likely to get the job. We have data on entrepreneurs pitching ideas to venture capitalists: If your pitch is more genuine and authentic, you’re three times more likely to get money for your venture. So there’s good evidence that authenticity helps, especially when compared to another strategy where you try to cater to the expectations of the other person.

We also have evidence that authenticity allows you to engage with your job more deeply, [which means you’re] more likely to stay with the organization and [also form] a deeper relationship with your colleagues. And I have research that shows that if you are among a minority and you’re going through an experience where you are feeling excluded, authenticity actually can buffer against that experience.

Gazette: Does it require having other innate qualities, like being outgoing or creative?
Gino: We can learn to bring out the badass in ourselves and part of what we do is to show people how from a person who’s done it, [Saint John]. Frances and I see our role as putting a framework on the house, so creating a moment of reflection and guiding people through that reflection. “Let’s identify where you think your greatness is before we actually bring that out.” But then also redefining your expectations. Are you first impacting your own way of thinking by telling yourself, “I don’t see any gay women as senior faculty at HBS, so I don’t expect to be promoted?” And so, it’s telling people that they need to reframe and rework their expectations and how they can achieve them so that they’re a little bit bolder in the way they think about them.

Gazette: Steve Jobs, the late Apple co-founder, was reportedly pretty authentic at work and that obviously had a huge impact on the company’s identity, its culture, and ultimately, its success. But lots of research shows that people in positions of power are given a lot more leeway to buck social norms than those with less status. Are there limits to who or how much authenticity to bring out? On the first day of a new job, how “badass” should you be?
Gino: What I love about this question is that I think it captures why it gets confusing when we think about authenticity. One, when we’re authentic, we need to be filtering. It doesn’t mean that if I love to wear my pajamas because I feel comfortable that I go to work in my pajamas. There’s still judgment in terms of how to bring some of your talents forward. Also, being authentic doesn’t mean that I fundamentally believe that my ideas are better than yours. We can have the courage to speak up and bring our ideas forward, but always in a respectful way.

I think that we often associate the idea of a [badass] as a person who’s loud and comes through and squishes others, but that’s not the idea. It’s more what we’re picking up with it. And the reason why we used it in the course title is to say it requires courage. But that doesn’t mean that we shouldn’t be respectful of other people’s views. And we should bring our ideas forward in a way that they are part of the conversation, but not necessarily stated as ours is the only voice that we should listen to.

Gazette What can people do now to start living their lives more authentically?
Gino: Finding that moment of reflection, I think, is a good first step. And then to say, I’m going to organize my work or my day to make sure that I bring that forward. The other thing that I would say is, I love this idea of reframing or reworking your expectations. [One] person who comes to mind when I think about authenticity—she’s African American and a woman—is filmmaker and writer Ava DuVernay. What’s beautiful about her is that she decided to change careers when she was in her 30s. She knew that in order to make it as a filmmaker and writer—she often says this in interviews—“you need rich uncles.” And she didn’t have that. She just decided to pick up the camera and start doing her own thing in a way that made her quite successful. She [talks] about being impressed by people who “create their own ceilings.”

When I think about reframing expectations, in terms of what we can all achieve, it’s not stopping ourselves by the stereotypes that are out there and just be who we are. I think that that’s very empowering. And making sure that people reflect on the expectations and goals that they have for themselves.


This article originally appeared in the Harvard Gazette. Interview has been edited for clarity and length.

Christina Pazzanese is a staff writer at the Harvard Gazette.