Why Leaders Lose Their Way

Very few people go into leadership to cheat or do evil

In recent months several high-level leaders have mysteriously lost their way. Dominique Strauss-Kahn, former head of the International Monetary Fund and a leading French politician, was arraigned on charges of sexual assault. Before that David Sokol, rumored to be Warren Buffett's successor, was forced to resign for trading in Lubrizol stock prior to recommending that Berkshire Hathaway purchase the company. Examples abound of other recent failures: 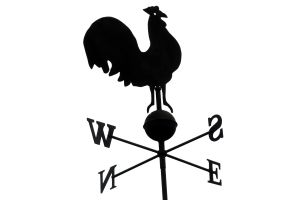 These talented leaders were highly successful in their respective fields and at the peak of their careers. This makes their behavior especially perplexing, raising questions about what caused them to lose their way:

In these ongoing revelations, the media, politicians, and the general public frequently characterize these leaders as bad people, even calling them evil. Simplistic notions of good and bad only cloud our understanding of why good leaders lose their way, and how this could happen to any of us.

Leaders who lose their way are not necessarily bad people; rather, they lose their moral bearings, often yielding to seductions in their paths. Very few people go into leadership roles to cheat or do evil, yet we all have the capacity for actions we deeply regret unless we stay grounded.
Self-reflection: a path to leadership development
Before anyone takes on a leadership role, they should ask themselves, "Why do I want to lead?" and "What's the purpose of my leadership?" These questions are simple to ask, but finding the real answers may take decades. If the honest answers are power, prestige, and money, leaders are at risk of relying on external gratification for fulfillment. There is nothing wrong with desiring these outward symbols as long as they are combined with a deeper desire to serve something greater than oneself.

Leaders whose goal is the quest for power over others, unlimited wealth, or the fame that comes with success tend to look to others to gain satisfaction, and often appear self-centered and egotistical. They start to believe their own press. As leaders of institutions, they eventually believe the institution cannot succeed without them.

The leadership trap
While most people value fair compensation for their accomplishments, few leaders start out seeking only money, power, and prestige. Along the way, the rewards—bonus checks, newspaper articles, perks, and stock appreciation—fuel increasing desires for more.

This creates a deep desire to keep it going, often driven by desires to overcome narcissistic wounds from childhood. Many times, this desire is so strong that leaders breach the ethical standards that previously governed their conduct, which can be bizarre and even illegal.

As Novartis chairman Daniel Vasella (HBS PMD 57) told Fortune magazine, "for many of us the idea of being a successful manager—leading the company from peak to peak, delivering the goods quarter by quarter—is an intoxicating one. It is a pattern of celebration leading to belief, leading to distortion. When you achieve good results… you are typically celebrated, and you begin to believe that the figure at the center of all that champagne-toasting is yourself."

When leaders focus on external gratification instead of inner satisfaction, they lose their grounding. Often they reject the honest critic who speaks truth to power. Instead, they surround themselves with sycophants who tell them what they want to hear. Over time, they are unable to engage in honest dialogue; others learn not to confront them with reality.


The dark side of leadership
Many leaders get to the top by imposing their will on others, even destroying people standing in their way. When they reach the top, they may be paranoid that others are trying to knock them off their pedestal. Sometimes they develop an impostor complex, caused by deep insecurities that they aren't good enough and may be unmasked.

To prove they aren't impostors, they drive so hard for perfection that they are incapable of acknowledging their failures. When confronted by them, they convince themselves and others that these problems are neither their fault nor their responsibility. Or they look for scapegoats to blame for their problems. Using their power, charisma, and communications skills, they force people to accept these distortions, causing entire organizations to lose touch with reality.

At this stage leaders are vulnerable to making big mistakes, such as violating the law or putting their organizations' existence at risk. Their distortions convince them they are doing nothing wrong, or they rationalize that their deviations are acceptable to achieve a greater good.

During the financial crisis, Lehman CEO Richard Fuld refused to recognize that Lehman was undercapitalized. His denial turned balance sheet misjudgments into catastrophe for the entire financial system. Fuld persistently rejected advice to seek added capital, deluding himself into thinking the federal government would bail him out. When the crisis hit, he had run out of options other than bankruptcy.

It's lonely at the top, because leaders know they are ultimately responsible for the lives and fortunes of people. If they fail, many get deeply hurt. They often deny the burdens and loneliness, becoming incapable of facing reality. They shut down their inner voice, because it is too painful to confront or even acknowledge; it may, however, appear in their dreams as they try to resolve conflicts rustling around inside their heads.

Meanwhile, their work lives and personal lives get out of balance. They lose touch with those closest to them̬their spouses, children, and best friends—or co-opt them with their points of view. Eventually, they lose their capacity to think logically about important issues.
Values-centered leadership
Leading is high stress work. There is no way to avoid the constant challenges of being responsible for people, organizations, outcomes, and uncertainties in the environment. Leaders who move up have greater freedom to control their destinies, but also experience increased pressure and seduction.

Leaders can avoid these pitfalls by devoting themselves to personal development that cultivates their inner compass, or True North. This requires reframing their leadership from being heroes to beingservants of the people they lead. This process requires thought and introspection because many people get into leadership roles in response to their ego needs. It enables them to transition from seeking external gratification to finding internal satisfaction by making meaningful contributions through their leadership.

Maintaining their equilibrium amid this stress requires discipline. Some people practice meditation or yoga to relieve stress, while others find solace in prayer or taking long runs or walks. Still others find relief through laughter, music, television, sporting events, and reading. Their choices don't matter, as long as they relieve stress and enable them to think clearly about work and personal issues.
A system to support values-centered leadership
The reality is that people cannot stay grounded by themselves. Leaders depend on people closest to them to stay centered. They should seek out people who influence them in profound ways and stay connected to them. Often their spouse or partner knows them best. They aren't impressed by titles, prestige, or wealth accumulation; instead, they worry that these outward symbols may be causing the loss of authenticity.

Spouses and partners can't carry this entire burden though. We need mentors to advise us when facing difficult decisions. Reliable mentors are entirely honest and straight with us, defining reality and developing action plans.

In addition, intimate support groups like the True North Groups, with whom people can share their life experiences, hopes, fears, and challenges, are invaluable. Members of our True North Group aren't impressed by external success, but care enough about us as human beings and as leaders to confront us when we aren't being honest with ourselves.

As Senator Ensign told his fellow senators in a farewell speech in May, "When one takes a position of leadership, there is a very real danger of getting caught up in the hype surrounding that status … Surround yourselves with people who will be honest with you about how you really are and what you are becoming, and then make them promise to not hold back… from telling you the truth."