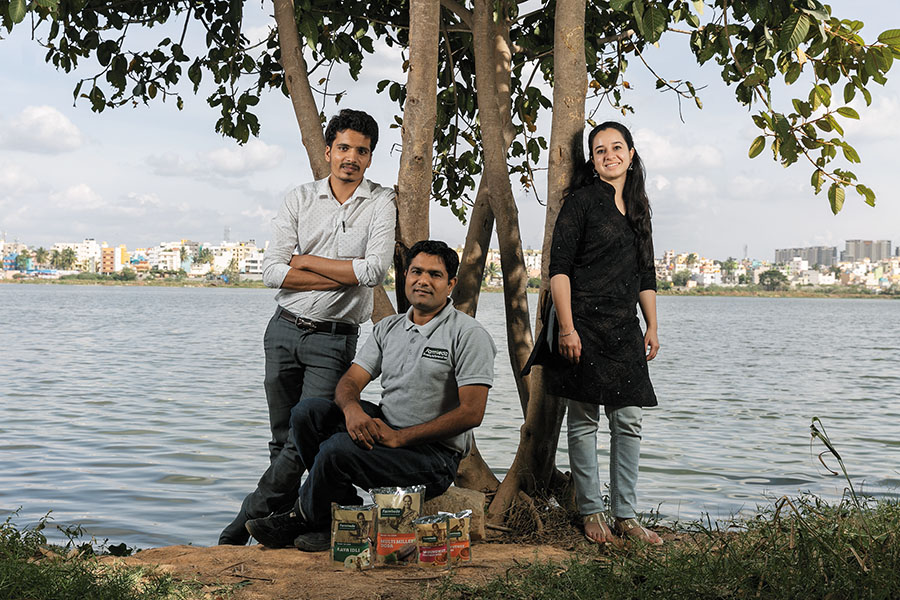 In 1946, a farmer strike against exploitation started the milk cooperative movement in Gujarat’s Anand. Over 70 years later, the group that the cooperative has grown into, better known as Amul, closed the fiscal with close to ₹41,000 crore.

The success of the Amul model inspired a professor from IIM-Bangalore to mull a similar structure for small farmers many of whom are committing suicides to escape rising debt. Along with an Infosys co-founder (both requested anonymity), and investment and guidance from Social Alpha, he set up a philanthropic unit, Centre for Collective Development (CCD) in 2005, followed by India Farm Foods (IFF), branded as Farmveda, a for-profit venture, in 2016. 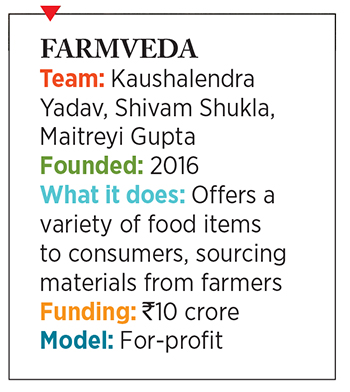 Farmveda and CCD are now working with over 25,000 farmers across Andhra Pradesh and Telangana, many of whom are shareholders in the company, and providing them with expertise to maximise their output. “Through CCD, we now have two mills that are run entirely by farmers; one is a groundnut processing mill in Anantpur and the other is a toor dal processing mill in Adilabad,” says Kaushalendra Yadav, CEO, Farmveda. He adds that the small farmers were often cold-shouldered by government officials since their produce is limited and they would end up selling it to middlemen at rates far less than the minimum support price (MSP). “At Farmveda, we want the farmers to be in control of everything, starting from the fields to the shelves,” says Yadav, adding that all profits are distributed among the farmers.

While CCD helps farmers on the ground, Farmveda makes value-added products like idli and dosa mixes that help farmers earn more. “For instance, groundnut [as a raw material] sells at ₹40 per kg, but a groundnut podi chutney sells at ₹400 per kg. CCD helps farmers sell raw materials to corporates and MSP units, but Farmveda gets them bigger margins,” says Maitreyi Gupta, a team member.

The processing units for these mixes have been outsourced, but Farmveda will soon set up its own units. Farmveda’s 13-product portfolio includes ready-to-make upma, lemon poha, and dosa, idli and chutney mixes that are available across 400 stores in Bengaluru and on ecommerce platforms like BigBasket and Amazon. They are also working on their outreach. “We are doing events like the TCS 10K run, Spirit of Wipro run where we set up our stalls, cook and serve food, especially healthy products like ragi and multigrain products,” says Gupta.