The Problem Is Europe

The indicators for the Eurozone do not point to recovery yet 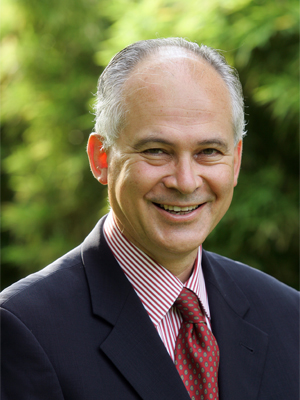 As the European crisis worsens with each quarter that goes by, the economic situation of the world also suffers. The greatest risk of world economic stagnation comes from the Eurozone crisis. This is so because the Eurozone loses competitiveness in comparison with other areas of the world.

Forecasts for 2013 show that the Eurozone’s GDP will fall by 0.2%, whereas that of the USA will grow by 2%. The USA's growth will be due partly to the reactivation of the real estate sector that began in 2012 and is expected to gain momentum in 2013.

Furthermore, the Federal Reserve's monetary policy will also make it possible to maintain interest rates at very low levels, which will increase the demand for mortgages and investments in factories and machinery and equipment. This year, housing prices will almost certainly start to rise. However, the public sector will hold back economic growth because President Obama will have to reduce the public deficit.

These economic forecasts confirm the trend of recent years: the American economy grows more and is more competitive than its European counterpart. Indeed, the figures show only the tip of the iceberg and, deep down, matters have to do with the Eurozone's loss of competitiveness in comparison with the USA and other countries. There are several indicators that point to this loss of competitiveness:

1)The World Trade Organisation published that the EMU's share of world goods exports is still falling. Its share of exports in the world total has fallen 19% over the last eight years. The same figure for the USA has registered a fall of 15%.

2) Furthermore, the European economy has been at a standstill for the last four years. While the USA has grown at an average of just over 2% over the last three years (2010 to 2012), the Eurozone has failed to reach 1%.


How does Europe Differ from the USA?
1) The EMU has higher fiscal, social and labour costs than the USA. This reduces its competitiveness, i.e. sales and, therefore, production and employment.

2) The EMU spends less on Research and Development (R&D) than the USA. This means fewer options for generating proprietary technology. This is because spending on R&D is crucial for increasing competitiveness and growth in the long term as a result of its impact on the technological change.

4) The United States is one country; many of its regulations and supervision and fiscal policies are one and the same for every state in the union. As a result, the Treasury also issues joint debt to cover the Federal Government's deficit. The EMU needs to open that door: increase the fiscal integration of its members, issue joint debt (Eurobonds), converge regulations and single bank supervision and set up a European Bank Guarantee Fund.

Conclusions
Consequently, the indicators for the Eurozone do not point to recovery yet. The recession will continue, especially during the first half of this year and leaving the crisis behind will be a slow affair and may involve significant risk. We hope that, although next year will see the reduction of the public deficit continued to weigh heavily on the EMU's economy, it will do so to a lesser extent. Accordingly, the year 2012 marked the zenith of efforts made to reduce the public deficit of the Eurozone as a whole. Partly because the IMF's autumn World Economic Outlook report has been highly critical of physical adjustments (i.e. tax increases) and pointed out that the ECB's monetary policy is not expansive enough to act as an appropriate counterweight to restrictive fiscal policies.

Although access to credit will remain restricted in 2013, the ECB's liquidity measures and the bank recapitalisation process that is currently in progress should allow for a certain level of recovery on the EMU's credit market.

In terms of structure, the Eurozone needs to continue to reduce its labour, social, financial and fiscal costs for its enterprises, since high costs make them less competitive on international markets. Europe needs to continue its fostering of the culture of competition. Attempts must also be made to progress towards fiscal, banking and political union. Unfortunately, progress along the road to that union is being very slow. It would appear that those who govern Europe have not yet realised that monetary union is not possible without political union. If European governments continue to take their decisions slowly, the Eurozone's standstill could remain with us for years.

In short, the economies of the USA, Asia and Latin America will continue to grow and create employment in 2013; they will be the driving force behind the world economy. Meanwhile, stagnated and paralysed Europe will continue to be the world's economic problem. When will that change? When its governors decide to move on to the ‘United States of Europe’. Consequently, the Member States' governments need to urgently design a roadmap that shows a more realistic route towards political union. Finally, Italy and Germany have decided to lower income taxes; perhaps the government of Spain should convince the European governments to also lower their taxes to increase growth, employment and the taxes actually collected.