For long, there have been far fewer women starting businesses than men. But that is changing 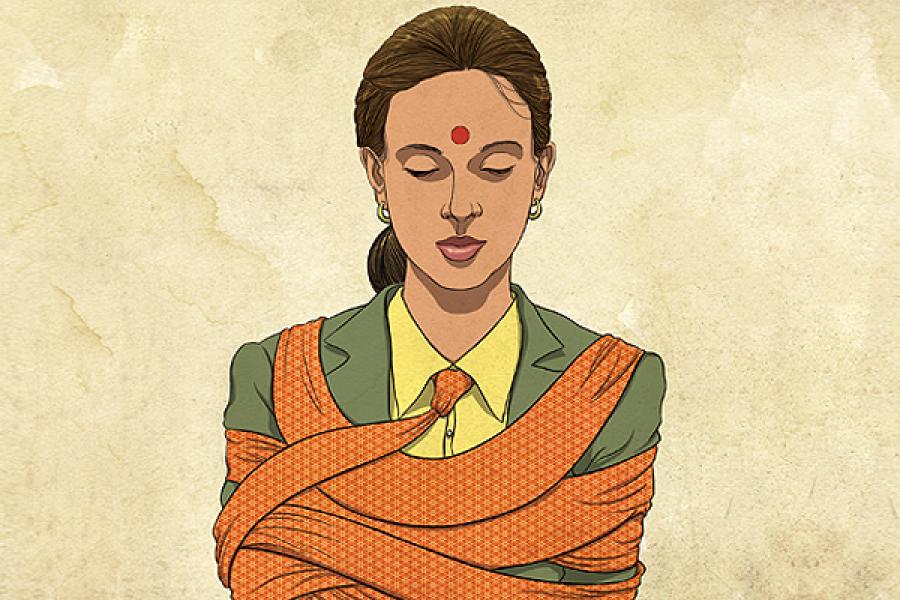 In India, as in many parts of the world, a woman is considered to be a homemaker first. According to the World Economic Forum’s (WEF) Global Gender Gap Report 2014, Indian women spent an average of 352 minutes per day on unpaid work (men spent 52).

Even in agrarian sections of the country, where women work as hard in the fields as men, they are also expected to manage the home. Women seeking and finding employment in paid jobs outside the home is far from the norm. According to the same WEF report, India’s women make up slightly over a third of the workforce, get paid just over half of what men get for similar work and, on average, earn a quarter of what men do.

Since entrepreneurs typically spend some time in the workforce before starting up, less women in jobs outside the home also translates to fewer women entrepreneurs.

Aside from the multiple societal barriers, there are also legal hurdles for women who start enterprises. For example, a woman cannot be the Karta in a Hindu Undivided Family and is thus ineligible for related tax benefits; and while she can own land, the law gets in the way of her using it as collateral for loan.

No surprise then, that there are far fewer women entrepreneurs than men: The WEF report says nine percent of Indian firms have female participation in ownership. Earlier data, from the Fourth All India Census of Micro, Small and Medium Enterprise sector (2006-07) (as summarised in the Annual Report 2014-15 of the ministry of micro, small and medium enterprises), says there were 26,60,000 ‘women enterprises’ (out of a total of 361,76,000), or around 7.3 percent of all MSMEs.

Women’s entrepreneurship isn’t an alien concept in India. But much of this enterprise has tended to be small-scale, and in areas in which women are expected to have ‘natural’ expertise. For instance, food-related businesses like baking and catering, clothing-related like tailoring or boutiques, handicrafts, lifestyle sector businesses, and so on. Sairee Chahal, founder of Sheroes.in, a jobs and careers community and platform for women, both the workplace and the entrepreneurial ecosystem, says the advantage of this kind of work is that it offers women flexibility, whether it’s to work fewer or more hours, work from home, or even to be able to literally shut shop and return to housework. The problem is that many of these enterprises also “tend not to scale easily, and are hence not attractive to investors”.

Self-employment, the smallest end of the entrepreneurship spectrum, also sees fewer women than men when you take away the unpaid home work that women do. That has been changing for a while with grassroots initiatives helping women earn from their own labour. The microfinance revolution has also played a large part in helping women start very small businesses.

Chetna Gala Sinha, founder and chairperson of microfinance bank Mann Deshi Mahila Sahakari Bank, says she has observed that women in the unorganised sector are keen to invest in themselves and, contrary to perception, are not risk-averse. “What gets in the way most,” she says, “is the lack of access to finance. This is because they cannot provide collateral, since property is usually in the name of the men in the family.” This is why she set up Mann Deshi. She argues that while many women work in banks and have risen to the top, banking institutions often lag in designing products suitable for women. Sinha, however, is optimistic about “technology opening the door, creating linkages with the market, with capital”.

Zainab Bawa, co-founder of HasGeek, a company which organises technology conferences, has encountered grassroots entrepreneurship as a graduate student in Maharashtra. “A lot of women I studied became part of what they called ‘gatts’ (groups) back then, and used this mechanism to combat the monopoly of Mahila Milan’s oppressive self-help groups, especially in resettlement colonies in Mumbai. Back then, I found it useful because it helped women get into networks where they could talk, fight, reach out and get somewhat more socio-economically mobile.”

Bawa, who is now an entrepreneur herself, believes “networks that provide support help you build confidence, enable you to learn and share, and more importantly, give you access to information about markets, trends and opportunities that are extremely critical”. She echoes what many women entrepreneurs starting businesses cite as a huge problem: “Current networks are heavily dominated by men, and therefore intimidating and more difficult to become part of.”

Gaps like this are the ones Chahal of Sheroes aims to bridge. Top women professionals have the networks and experience when they make the leap into entrepreneurship. And the bottom of the pyramid has organisations like Sewa and Mann Deshi, and government schemes at the national and state level designed to lift people out of poverty. “The middle is underserved,” she says, “there is almost no institutional support.” And it is from the middle that she believes that India will see its next billion-dollar startup. But a lot of requests she sees coming through Sheroes are from women in smaller cities and towns looking to set up franchise operations for big brands. These women, she says, are not looking to scale up dramatically; they look for financial independence and flexibility. This doesn’t make them attractive to venture capitalists and investors.

As some of these women succeed, they will fill the gap that Jacob sees as the biggest barrier: A lack of role models. “The rise of male entrepreneurship has been due to the role models created by founders of several successful companies; as we see more and more women creating successful enterprises, we will have a greater participation of women. We need to have more women being recognised and felicitated, especially women who overcome many odds to create companies. And these women don’t necessarily have to be leading stock exchange-listed companies.”

Vishakha Mulye, managing director and CEO of specialist alternative assets management company ICICI Venture, believes that change is in progress. “I find changes in the mindset of family-owned business groups wherein the families are encouraging their nextgen female members to join the business. Social perspectives—especially in large urban centres—are also changing. Availability of financing through new initiatives of the Narendra Modi government, such as the Pradhan Mantri Mudra Yojana, the proposed SME fund, also has a strong signalling effect.”

Mulye, however, agrees that change is more pronounced at the upper levels of the society, not so much at the middle and lower levels. What gets in the way? “Given India’s strong family-oriented values, it was historically difficult to rebel against your parents’ wishes and walk the unbeaten path. That has changed significantly in many parts, but that has to be the biggest change that has to happen in other parts. Creating the right environment and infrastructure for the education of the girl child will be the most important thing to do in this context.”

Does she see a difference in the way women approach entrepreneurship nowadays? “My perception is that financial services, IT/ITES/ecommerce, life sciences and small- and large-format retail are definitely seeing a surge in women entrepreneurs. I see much younger women than before taking the leap.”

One of the issues women who go to VCs for funding face is that that field is male-dominated.

Jacob, Deshpande and Mulye are among the very women to be reckoned with in the investor community. Mulye says their paltry numbers could increase at a faster pace in a few years “when the talent pool of women managers and entrepreneurs grows from its historically low levels”.

Jacob of Seedfund is more blunt. The gender gap in the VC world, she says, is “partly because of the nascency of the industry, partly because it is not a well-understood industry and substantially because, men feel more comfortable hiring people like themselves”. She adds, “It is very critical to have diversity in the investment decision-making body. A group that has greater diversity of experience—made up of men and women, rural and urban, engineers and non-engineers—will make far better decisions.”

As India grows and affordable technology reduces human labour in agriculture, there will be more migration to towns and cities. PM Narendra Modi’s 100 smart cities plan will give people from rural areas a place to go.

But they need a chance to start business, work hard and make better lives. Any entrepreneurial ecosystem just can’t afford to ignore half the potential entrepreneurs in the country.

Jacob sums it up well. “As our society matures, I hope we create an environment that encourages women to be themselves, to follow their dreams and have a strong belief in their ability. And that we create a more level-playing field for women across all fields. And that we won’t need to celebrate Women’s Day in March or have special articles about women.”

Tweets by @forbesindia
Birth of an ideas economy: Kiran Mazumdar-Shaw
Ela R Bhatt: All types of economies should co-exist