Plans to introduce e-visa, build new airports in tier I and II cities will attract global tourists to India 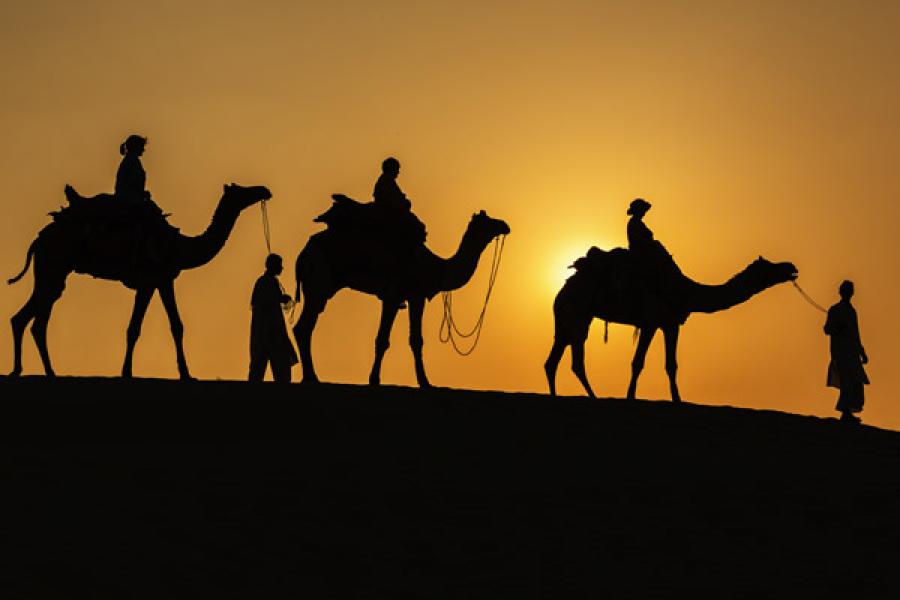 With Finance Minister Arun Jaitley announcing a slew of proposals for the travel and tourism industry during his budget speech on Thursday, the sector is expected to get a much-needed push after a sluggish performance last year. Experts feel the initiative to introduce electronic travel authorisation (e-visa) across nine airports in India is timely to encourage global tourism in the country.

“We applaud the government’s delivery of its pro-tourism strategic vision bringing destination India into the spotlight apart from creating an immediate window of opportunity for the upcoming inbound season,” says Madhavan Menon, managing director, Thomas Cook (India). “The multiplier impact will empower allied businesses connect, both directly and indirectly with the tourism industry, and we look forward to swift and effective implementation.”

While presenting the budget, Jaitley pointed out that the necessary infrastructure would be put in place within the next six months for e-visa implementation, which would further facilitate the visa-on-arrival facility.

According to a recent annual report by the World Travel and Tourism Council (WTTC), 2014 is expected to be a year of “above-average growth” for travel and tourism in India. WTTC’s Annual Economic Impact Report 2014 for India shows travel and tourism’s economic contribution is expected to grow by 7.3 percent this year, outperforming the general economy by 2.5 percentage points. Revenue from domestic tourism is expected to increase by 8.2 percent this year compared to 5.1 percent in 2013, the report noted.

To push tourism even in tier I and II cities, the finance minister announced a scheme for development of new airports in those cities to be launched through the Airport Authority of India or public-private partnership (PPPs).

“With enhanced thrust on setting up new airports and significant fund allocation on development of national highways, through the National Highways Authority of India (NHAI), the tourism sector is likely to get a boost over the medium term,” Jaideep Ghosh, partner and head - Transport, Leisure and Sports, KPMG in India, told Forbes India.

Ghosh feels the progress of some of these areas has been slow in the recent past. It is crucial that there is rapid implementation of these measures. “Metro rail in newer cities will facilitate public transportation; however, the funds currently proposed would need to be significantly enhanced to make a significant impact,” he said.

According to Menon of Thomas Cook, Rs 100 crore which have been set aside for metro projects in Ahmedabad and Lucknow will create added impetus for both domestic and inbound tourism.

Among other initiatives announced in the budget for promoting culture and tourism are the creation of five tourist circuits around specific themes, a national mission on pilgrimage, rejuvenation and spiritual augmentation drive (Prasad) and a national heritage city development and augmentation yojana (Hriday). Jaitley said “Hriday” will be launched in Mathura, Amritsar, Gaya, Kanchipuram, Vellankani and Ajmer this year. He further added that “Sarnath-Gaya-Varanasi Buddhist” circuit would be developed with “world-class tourist amenities” to attract tourists from all over the world. He also said that services provided by Indian tour operators to foreign tourists in relation to a tour wholly conducted outside India will be taken out of the tax net to promote tourism.

“India’s rich cultural, historical, religious and natural heritage provides a huge potential for the development of tourism and job creation as an industry,” the Finance Minister said in his speech.