Forgiveness as a Business Tool

The knee-jerk reaction of too many people in leadership positions when they feel wronged is righteous indignation and the urge for revenge. But one factor that sets truly transformational leaders apart from the run-of-the-mill is the ability to forgive - to let feelings of anger, resentment and blame fall away and become something constructive. 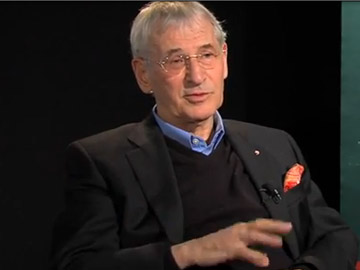 “Many organisations today are like gulags. People are anxious, there’s a lot of paranoia. [But] what should be remembered is that people who don’t make any mistakes don’t do anything. They’re too busy covering their backs. They’re not going to try anything new.”

In organisations where you know that if you make a mistake you’re going to be fired, there is a culture of fear which stifles productivity, he notes.

“Leaders who can tolerate mistakes, who see them as learning opportunities, are those who create a great corporate culture.”

“Forgiveness offers people the chance to take risks, to be creative, to learn and to grow their own leadership capabilities,” Kets de Vries continues. “Holding onto resentment, bitterness and spite is not what transformational leadership is all about.”

Forgiveness, he claims, builds loyalty and good citizenship. People working in organisations that have been instilled with a forgiveness culture are more likely to make an extra effort, which has important consequences for the bottom line. It also helps transgressors to have a more positive outlook on the future.

Greatest example of forgiveness
Leaders today operate in settings in which strife is rife and, if left unresolved, could have severe implications for their organisation. But by walking the talk and encouraging a culture of forgiveness, leaders promote an organisation which looks to the future.

In his paper “The Art of Forgiveness: Differentiating Transformational Leaders”, Kets de Vries highlights one of the most obvious examples of transformational forgiveness with his comparison of two very different African political leaders.

“If I ask my class which living political leader do you most admire, 95 percent say Nelson Mandela. When you ask why, the answer is forgiveness.”

At the end of South African apartheid and after 27 years in prison, Nelson forgave his oppressors and encouraged many of his party’s members who clamoured for revenge to do likewise, telling them, “Forgiveness liberates the soul, it removes fear. That’s why it’s such a powerful weapon.”

In comparison, Robert Mugabe opted for bitterness, vindictiveness and hatred, against white Zimbabweans and the nation’s black citizens who opposed him. By encouraging supporters to forcibly occupy white-owned commercial farms Zimbabwe, once the bread basket of southern Africa, became the poor house. Under his rule, unemployment rose to between 70-80 percent, life expectancy fell. In mid-November 2008, Zimbabwe's peak month of inflation is estimated at 6.5 sextillion percent—making the national currency basically useless. A “clean-up campaign” targeting the slums where his most hardened opponents resided left 200,000 homeless.

Letting go of the grudge
It may seem impossible forgiving someone you believe has slighted or taken deliberate action against you. But the price for bearing a grudge can be high.

“While it may appear easier to hate than to forgive, revenge is so consuming that pretty soon hatred takes over from all other emotions, creating a life governed by endless cycles of resentment and retaliation.”

Learning to forgive
Lives are not calm flowing rivers. Relating to others whether friends, strangers or family members is always accompanied by the risk of being hurt. And with business today relying heavily on networking and interpersonal relationships, the risk of being offended is high.

We cannot change what has happened; there is no “delete button” for the past. So the crucial questions are how we choose to deal with transgressions and how we metabolise the feelings, warns Kets de Vries.

Leaders can work on certain traits to enhance their ability to forgive but there is always a delicate equilibrium between nature and nurture.

“One element that can help is having empathy, the ability to put ourselves in others’ shoes. Why are certain things happening? Why did that person do that? Can you really imagine why, or is your mind so stuck there is no way you can?”

The other element is the degree of emotional control.

“When you get angry you can feel the anger rising in your body,” he notes.

“It’s important to recognise the feeling, to remember what happened last time it occurred, perhaps you blew up, refused to forgive and the situation got worse.”

“If you see something has happened, calm down and think about it. But don’t over-obsess. If you have harsh standards about what is right and wrong you can have a tendency to go over and over an error in judgment or perceived slight. You really add to the problem by too much rumination.

“The ability to forgive needs a certain amount of maturity,” he adds. “Think of Nelson Mandela in his prison cell for 27 years. He probably had a temper too but he learnt the need to modify it.”

Keeping it real
While true forgiveness is hard, pretending to forgive is easy. Saying “sorry” is merely a temporary measure that never really erases the permanent scar underneath.

Forgetting through repression of the problem is not the answer either. If the road to forgiveness appears to be halted or if the transgression has had such a devastating effect that it is impossible to move on, the time has come to seek professional help, says Kets de Vries.

“People struggling with forgiveness need to accept that life is a series of learning experiences and that all life’s encounters can make us wiser.”

Forgive but don’t forget
But forgiveness is not forgetting. Realistic forgiveness is about healing the memory of the harm not erasing it, he notes.  “It is very different from condoning a transgression or excusing whatever unacceptable behaviour has occurred.

“Forgiving means not being a prisoner of the past. Truly transformational leaders like Mandela, Mahatma Gandhi and Aung San Suu Kyi seem to have figured this out. When we forgive we don’t change the past but we can change the future.”

Tweets by @forbes_india
How a family can guard a luxury brand: Lessons from Patek Philippe
Super Cool Pools to Take The Plunge