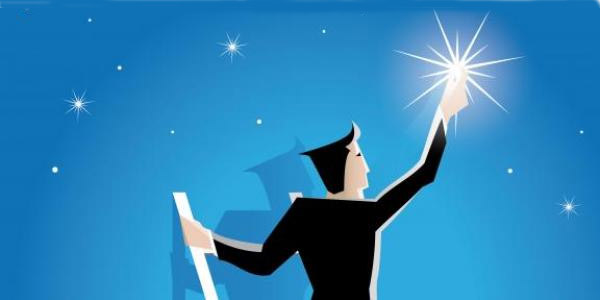 It is widely believed that in order to gain competitive advantage, companies must first win the “war for talent”. The future of an organisation thus depends on its ability to lure rock-star employees and keep them happy. It’s a seeming no-brainer: The team with the most proven winners wins the most.

But what if the interests of companies and their top talent don’t align quite so neatly? What if companies that place such a high premium on their stars risk intensifying the battle for stardom among employees — so their first priority shifts from improving market performance to burnishing their individual status? Companies would then have cause for concern, if this priority shift could impact competitive behaviour.

My recent study, “Look at Me: Overt Status-Seeking Behaviour and Competitive Emergence Among Securities Analysts”, (co-written by Anne H. Bowers of Rotman School of Management and Hitoshi Matsuhashi of Keio University), forthcoming in Research in the Sociology of Organisations, shows that in at least one industry, the struggle for stardom appears to provide the best explanation for certain key competitive actions.

Meet the “all-stars”
Specifically, we studied changes in securities analysts’ stock portfolios during each quarter from 1995 to 2007. These financial professionals issue earnings estimates of publicly traded companies and investor advice on behalf of brokerage firms. Our goal was to determine whether we could trace out any linkage between the ostensibly market-based evolution of the portfolios and the distribution of “all-star” status among the analysts.

We identified stars using Institutional Investor magazine’s prestigious annual “All-Star” rankings. Every year, the magazine decides which industry categories to include, and selects all-stars for each category based on a survey sent to investors, clients, and asset management firms. Research has shown that being an Institutional Investor all-star brings a host of privileges, from greater compensation to a heightened media profile. Crucially, however, the privileges don’t cling to ex-stars for long; within a couple of years of losing their star status, they’re effectively back where they started.

To catch the attention of the magazine’s voters, analysts have to make bold, differentiating moves. Rather than choosing which stocks to cover based purely on market considerations, status-seekers try to place themselves in competitive surroundings to be seen in the best possible light.

All-star portfolios
According to our results, analysts already covering a certain stock took much more notice when an all-star entered their turf than when a non-all-star did. All analysts, regardless of status, were less likely to cease coverage after the entry of an all-star. For aspiring all-stars, the chance to take on the celebrated new contender, and possibly impress the Institutional Investor voters in the process, was irresistible. For incumbent all-stars, backing out would be a sign of weakness, especially since their familiarity with the company likely gave them an advantage over the newcomer.

In addition, all-star entry — much more so than non-all-star entry — prompted the other analysts to initiate coverage of new stocks, always a risky and time-consuming move. We can likely infer from this behaviour that even as they stood firm in the face of competition from the new arrival, analysts did not want to be overly defined by the outcome, and perhaps suffer diminished status as a result. They sought out new territory where they could make their mark and maintain their distinctiveness in the eyes of the Institutional Investor voters.

The pursuit of stardom also affected the analysts’ choice of new stocks to enter. Non-all-stars overwhelmingly preferred to initiate coverage of stocks which had an all-star incumbent but few low-status peers. We may surmise that the presence of an all-star signalled to the ambitious that this was a domain of interest to Institutional Investor voters, thus a possible career launch-pad. With few peers to compete against, aspirants had little to lose, but much to gain if they were to outperform the incumbent all-star. This runs contrary to the commonly held theory that low-status analysts herd together in the same stocks, using each other’s actions to detect market opportunities.

Industry controls
Needless to say, analysts do not usually mention status-seeking as part of their rationale for making entry and exit decisions. Officially, coverage is meant to be dictated by market conditions: supply and demand, regulatory environment, new companies entering the sector, etc. As we’ve seen, however, it’s easy enough for analysts, under the guise of “service”, to make moves that would be inexplicable from a pure market perspective, but sensible and strategic from a career point of view.

Brokerage firms have formal limits at their disposal to keep analysts focused on the organisational mission, but our results indicate these limits are underused.

Know your potential stars
Wherever accolades such as the Institutional Investor rankings exist, ambitious employees will make a play for them. There isn’t much organisations can do about that. It’s also true that, despite being high-maintenance, all-stars usually bring real value to their employer. The possible concern, in my view, arises when employees overestimate their chance of attaining all-star status and start making bold moves to get noticed. Since not all “wannabes” have the talent of a genuine all-star, their actions could place the firm in jeopardy if they aren’t brought under control.

Managers should be aware that employees are likely jockeying for status and bonuses simultaneously. They should assess which ones have the potential to go all the way, and which ones need to have the stars in their eyes dimmed.

Henrich R. Greve is a Professor of Entrepreneurship at INSEAD and a co-author of Network Advantage: How to Unlock Value from Your Alliances and Partnerships