How technology threatens mental health ā€“ especially if you're inauthentic

When the personality you show the world doesn't match your true self, it can sap the energy you would otherwise need to deal with technostress 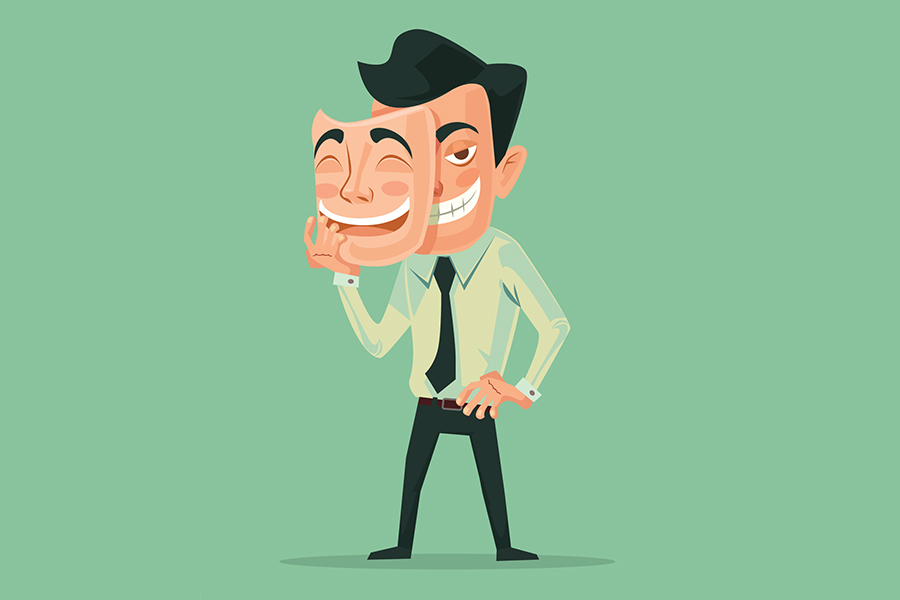 The word technostress is often credited to Craig Brod, an American psychologist who authored a book about the stress brought on by rapid changes in technology. It was published in 1984, the year Ronald Reagan was re-elected president of the United States, cinema-goers were flocking to see Ghostbusters and the original Apple Macintosh went on sale.

Fast-forward 36 years. In 2020, thanks to Covid-19, it’s likely that the bulk of your life – from working and studying, to socialising and even seeing a doctor – was or continues to be dependent on a tech device. And whilst in 1984, your worst tech-related frustration might have been remembering the WordPerfect command to bold your text, it is quite possible that technostress – now defined as the difficulty coping with the constant demands of tech devices – is preventing you from having a proper night of sleep. Perhaps it has turned you into a cynical, exhausted employee.

Bosses should take note: Health insurer Cigna’s 2019 global 360 Well-Being Survey revealed that 84 percent of workers feel stressed and 13 percent consider their stress unmanageable. In some cases, the habitual checking for messages, emails or missed calls can devolve into mental health issues, such as uncontrollable compulsive behaviours or addiction.

Know thyself, know your risk
A few years ago, we published research (described in this Knowledge article) that looked at how specific personality traits affect how people experience spending so much of their time “connected”. Using self-rated and observer-rated personality questionnaires, we found that tech was beneficial to introverts. It allowed them to communicate with a broader audience without having to physically participate in large social gatherings. However, we suggested that extroverts should watch their tech usage as they may find it more difficult to disconnect. Meanwhile, high self-esteem provided a buffer against techno-insecurity – the stress brought about by fears one will lose their job to someone with greater technical skills.

Building upon these findings in a new paper, we used similar questionnaires to investigate how conscientiousness – the opposite of laissez-faire – is associated with workplace technostress. We found that this personality dimension, which is related to carefulness, thoroughness and the tendency to plan ahead, does increases a person’s risk of experiencing technostress. This is because conscientious individuals might feel more compelled than others to respond immediately to messages and other tech-related demands.

Most interestingly, we found that a gap between an individual’s self-ratings and their observers’ ratings (whether the rating concerned extroversion, conscientiousness or self-esteem) was associated with technostress. To the best of our knowledge, ours is the first study of technostress to include observers’ perceptions of an individual’s personality traits.

Take pseudo-extroverts – people who consider themselves introverts but have learnt to act like an extrovert when the context requires it. This is commonly seen in top leaders of companies: They're successful at what they do because they have the qualities of both, depending on what is necessary. But it could also be the other way around: Consider an extrovert manager who, wary of groupthink, is attempting to ensure that everyone contributes in a meeting. This person may need to expand extra effort in order to practice active listening (as opposed to merely waiting for others to finish talking).

The Covid crisis has forced many of us to use information and communication technology (ICT) devices in our homes for work purposes. Some people who might have maintained a quiet presence in the office may now feel a need to ensure their visibility through liking, commenting or otherwise reacting to their colleagues’ online posts and comments.

Whenever there is a significant gap between what you perceive yourself to be and the persona you are projecting, it means you are probably putting a lot of effort into presenting yourself in a way that is not natural for you. This energy drain makes you more susceptible to technostress.

Who’s responsible for managing the risk of technostress?
The experience of technostress varies significantly among individuals. Technostress relates the perceived ability to set priorities and make choices. Think of it as an energy equation that each one of us must be aware of and manage. This is the essence of the difference between added value and added stress through the use of information and communication technologies at work.

While managing technostress is ultimately the responsibility of each individual, organisations must be involved too. For instance, HR could offer personality audits and related workshops to share which traits can make people more prone to technostress. This could include a 360° assessment of potential gaps between personality self-ratings and observers’ ratings.

Of course, it is not enough to be aware about one’s susceptibility to technostress. Should a high predisposition be uncovered, the company’s culture should provide enough room for employees to do something about it.

Perhaps employees should be allowed to set stronger boundaries about the use of tech devices in their particular role. Rules such as avoiding answering emails on weekends should be set down and modelled by the organisation’s senior leaders.

Companies need to acknowledge personal preferences when it comes to setting ICT usage and guidelines. For example, they should not expect all employees to be active on all corporate WhatsApp groups or Microsoft Teams channels. Some employees might feel safer with a code of conduct on social media. Others might prefer to receive a detailed plan of social media activities.

If companies do not consider personality preferences and expect only one set of online behaviours, employees will eventually adjust, but there will be a human cost, i.e. technostress.

Employees should be able to feel a sense of self-efficacy. While HR can help employees gather information about themselves, the organisation must be willing to accompany staff as they figure out the best way to manage their own technostress.

Pawel Korzynski is a Visiting Scholar at INSEAD as well as an Associate Professor at Kozminski University in Poland, where he teachers Leadership and Online Influence.

Elizabeth Florent Treacy is on the core faculty team of INSEAD’s Executive Master in Change degree programme. She supervises thesis projects, working with participants to design and carry out projects that combine academic rigour with real-world application.

Tweets by @forbesindia
Nims Purja: What life's like in the death zone
Photo of the Day: Mount Everest scaling new heights