PMC Bank crisis: Where is the money? 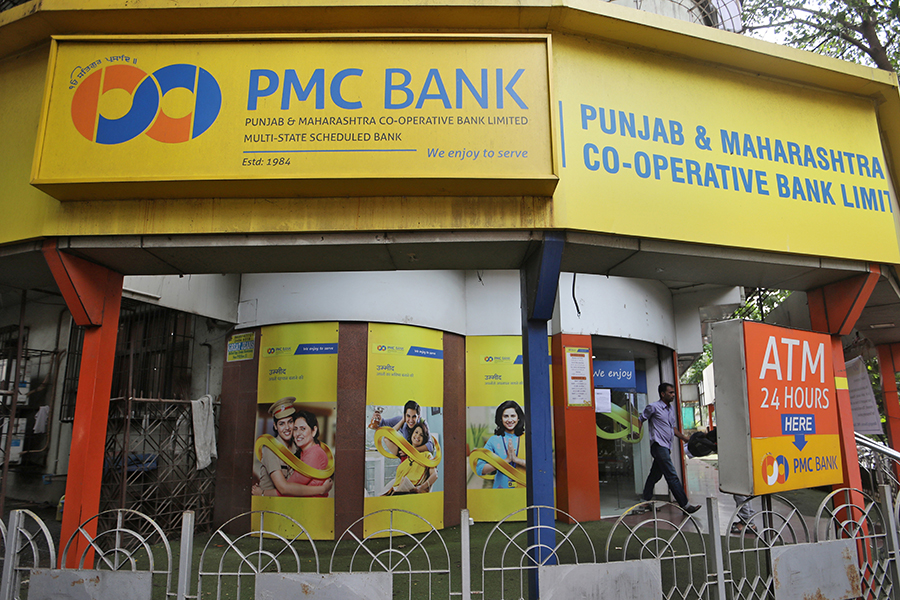 The Punjab Maharashtra Co-operative Bank (PMC) is in trouble for misreporting bad loans to Mumbai-based real estate developer Housing Development and Infrastructure Ltd (HDIL), promoted by Rakesh Wadhawan and Sarang Wadhawan. PMC—which has a total asset book of Rs 8,383.33 crore as on March 31—has provided loans to the tune of Rs6,500 crore to HDIL. On October 3, the Economic Offences Wing arrested the Wadhawans for financial fraud. In a note to shareholders on September 25, Joy Thomas, former managing director of PMC Bank, informed its shareholders that the bank has been put under regulatory restriction by the Reserve Bank of India (RBI) for six months. The RBI first curbed the withdrawal limit for bank account holders to Rs1,000 and later increased to Rs10,000 and then Rs 25,000 per person.  According to the bank’s 2018-19 annual report, PMC’s percentage of gross NPA to gross advances is 3.76 percent while net NPA to net advances is 2.19 percent for the year ended March 31. The total deposits stand at Rs 11,617.34 crore. The letter states that the stressed legacy accounts belonging to HDIL group were replaced with dummy accounts to match the outstanding balances in the balance sheet. As the loans were mentioned as loans against depositors and were of lower amounts, they were not checked by the RBI. On August 20, Bank of India filed a case in the National Company Law Tribunal Mumbai bench against HDIL, as the realtor defaulted on payment of Rs 522.29 crore on December 2018. This puts a serious question on HDIL’s ability to repay its lenders.  According to HDIL’s latest annual report, unpaid interest and principal amount to banks and financial institutions is Rs 1,780.97 crore. HDIL’s wholly owned subsidiary, Guruashish Construction Pvt Ltd, has been taken for insolvency process by the Union Bank of India due to default in repayment of the loan and interest on July 24, 2017. With its key subsidiary and the listed parent company underdoing the insolvency process, how will PMC be able to to recover its dues from a company whose cash flows are lower than its outstanding debt on books? As per the annual report, HDIL’s consolidated net cash from operating activity for March 31, 2019 stood at Rs 385.37 crore  as against Rs 425.37 crore a year ago. It made interest payments of Rs 280.62 crore last year. The company’s debt stands at Rs 2,597.33 crore. The indebtedness includes the non-current liabilities, current borrowings, dues which have not been paid on loans and unpaid debentures. Almost all of its bank balance of Rs 120.11 crore is pledged with banks. It also has dues of Rs 15.38 crore to its employees. Yet, HDIL’s debt, as on the annual reports, does not indicate a loan as huge as Rs 6,500 crore. Just how will PMC recover that amount is the (almost) billion dollar question.