Reduction in GST rates will boost consumption and compliance

A stellar panel of stalwarts from the FMCG industry discuss the impact of GST on business, the emergence of e-commerce and a shift in preference for natural products at FILA 2017 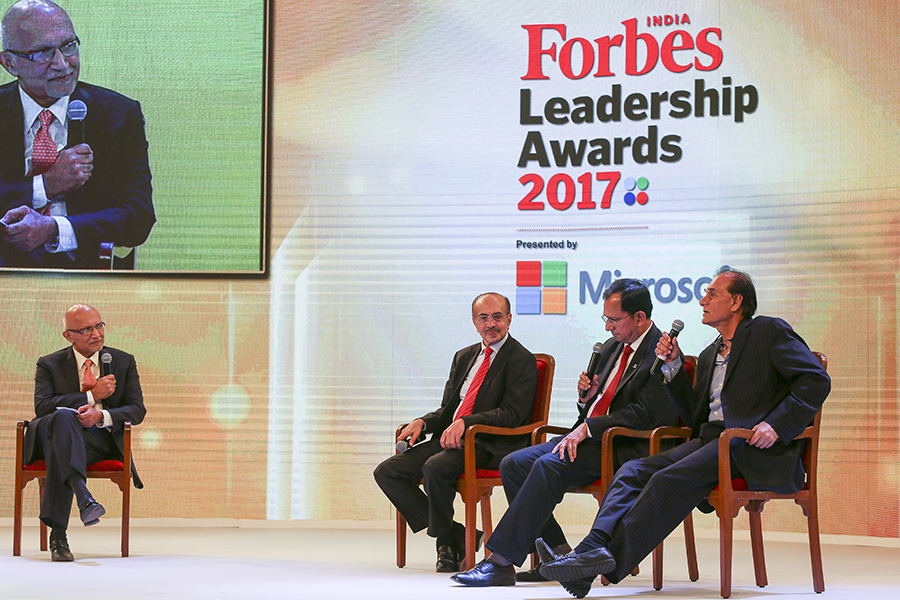 The recent reduction in the rate of Goods and Services Tax (GST) on a slew of items will spur consumption and boost the prospects of India’s consumer goods sector, the top leaders of India’s FMCG industry observe.

At the meeting of the GST Council in Guwahati on November 10 and 11, the tax rate on as many as 178 items was brought down from the peak of 28 percent to 18 percent. These include household consumption products including liquid soaps, detergents, cosmetics and deodorants, razors and after shave products and chocolate.

“GST is good for the industry. It will ensure more adherence to tax payment and evasion will come down,” said Adi Godrej, chairman of the Godrej Group, whose flagship company is Godrej Consumer Products. “Lowering of the tax rate will boost growth in the FMCG sector, which is underpenetrated in India.”

Godrej was speaking during at a panel discussion during the Forbes India Leadership Awards (FILA) 2017 function, which was held in Mumbai on November 14. He was joined for the panel discussion, moderated by Arun M Kumar, chairman and CEO of KPMG in India, by other industry stalwarts Harsh Mariwala, chairman of Marico, and Suresh Narayanan, chairman and MD of Nestle India.

Narayanan echoed Godrej’s sentiments and added that lowering the GST rate on these products would boost consumption and help companies realise economies of scale since most consumer goods companies were “reworking their distribution system, which should help unleash cost efficiency and pace of consumption.”

Mariwala, who is also the FILA jury chairman, stated that the government was aware of the teething troubles faced by companies and the trade channel post the introduction of GST and appeared earnest to solve them. He said that while there was a popular demand for a single GST rate of 15 percent of all goods and services, a uniform rate of taxation such as this may not be prudent as it will lead to fanning inflation and a situation where the poor end up subsidising the rich.

The rationale behind GST has been to foster the creation of one common market across the country and facilitate ease of movement of goods and services from one city and state to another. Godrej said that he was seeing the early signs of such a market being formed where time taken to transport goods and the logistics involved have become simpler to manage.

The panel of FMCG industry leaders also discussed the role of e-commerce, which has grown by leaps and bounds in India over the last few years. Mariwala was of the view that FMCG companies “cannot afford to ignore” e-commerce as a serious, alternate channel to the traditional brick-and-mortar stores, “Indian consumers are cost conscious, and this is leading a lot of them to shop online. Therefore, we are overinvesting in this space,” said Mariwala. “E-commerce also allows us to learn about our consumers (in terms of their buying habits, preferences and tastes).”

The rapid rise of Patanajali Ayurved as one of India's largest consumer goods company, which focuses on products that are either herbal or organic, has led to India’s FMCG sector look at natural products seriously. “Natural products have become very important for companies to look at due to the emergence of a new player. We can’t ignore that trend, which is bound to grow over time,” Mariwala said.

Narayanan said that while there is an overall shift in consumer behaviour towards natural products, it is more important to focus on products based on science and nutrition in the foods category.