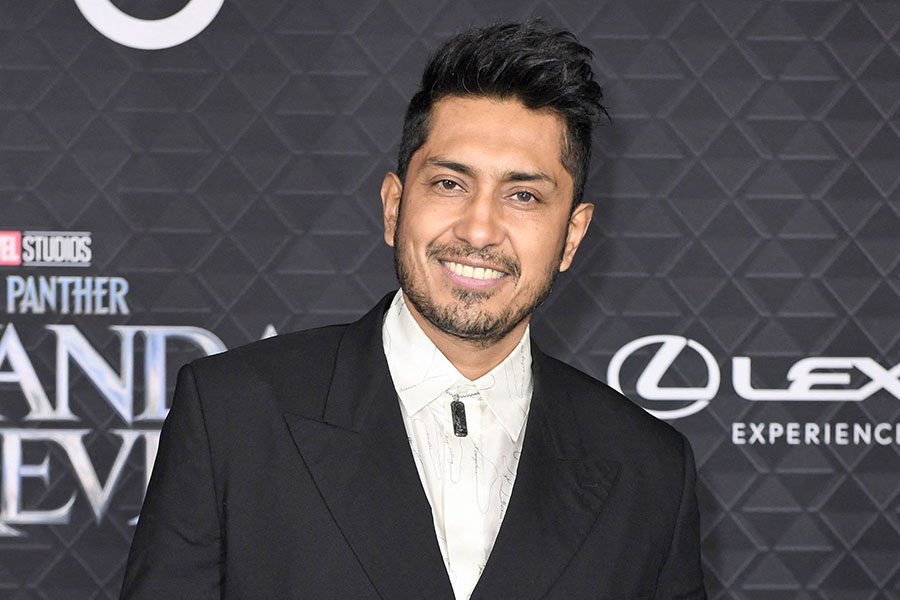 In Hollywood, he's the rising star of the sequel to "Black Panther," the first major Black superhero movie. In his homeland Mexico, Tenoch Huerta is leading a fight against racism on the screen.

The 41-year-old aims to use his growing fame to break the tradition of Mexican actors of Indigenous origin being cast in the roles of thieves and villains.

The path to Hollywood was strewn with pitfalls for Huerta, who hails from a working-class suburb of Mexico City.

"Like thousands of dark-skinned people, I've been called names" such as "dirty Indian," he wrote in his new book "Orgullo Prieto" (Brown Pride).

"Mexico is a country that's racist and denies it," he added.

Huerta said it is a myth that Mexico today is a mixed-race country where skin color is unimportant.

"This is how we deny the cultural and linguistic diversity of all Indigenous nations, Afro-descendant communities, Asians," he wrote.

Even before "Black Panther," Huerta was the figurehead of "Poder Prieto" (Brown Power), a collective of actresses and actors who feel discriminated against because of their origin and their skin color.

"We're only given characters of delinquents, domestic workers, or the poor," said Christel Klitbo, 40, who is of Danish, African and Lebanese descent.

Aware of the powerful influence of the media, Huerta said he and the other group members see a "compelling need to change racist narratives and practices, which have been normalized, reproduced and perpetuated in the audiovisual industry."

Huerta hopes that his appearance in "Black Panther" -- which also stars Oscar winner Lupita Nyong'o, who was born in Mexico to Kenyan parents -- will help their struggle.

"The perception changes if we have these dark-skinned actors, of clearly Indigenous descent, in positions of power and influence, who are kings and great warriors," he said.

Huerta also wants to see changes in wider Mexican customs, such as the popular saying still heard in some homes that daughters should marry a white man to "improve the race."

While he is in favor of laws against racism, Huerta avoids commenting on the policies of Mexican President Andres Manuel Lopez Obrador's party, which has pledged to "restore the dignity" of Indigenous peoples.

"I believe that the demands of the Indigenous peoples have not been met. But this is a subject that does not concern me, because I am not Indigenous," he said Friday at his book launch.

"As a simple external observer, I believe that we could do more and better," he added.

Mexico is home to 23.2 million people over the age of three who identify as Indigenous, representing 19.4 percent of the population, according to national statistics agency INEGI.

Around one in five Mexican adults said they had experienced discrimination over the past year, mainly because of their skin color, in the first national survey on the subject in 2O17.

And three-quarters of Indigenous people felt undervalued by Mexican society.

"We are a new link in a chain that dates back 500 years. All the struggles have been the same for 500 years," Huerta concluded, referring to the Spanish conquest and fall of the Aztec empire in 1521.