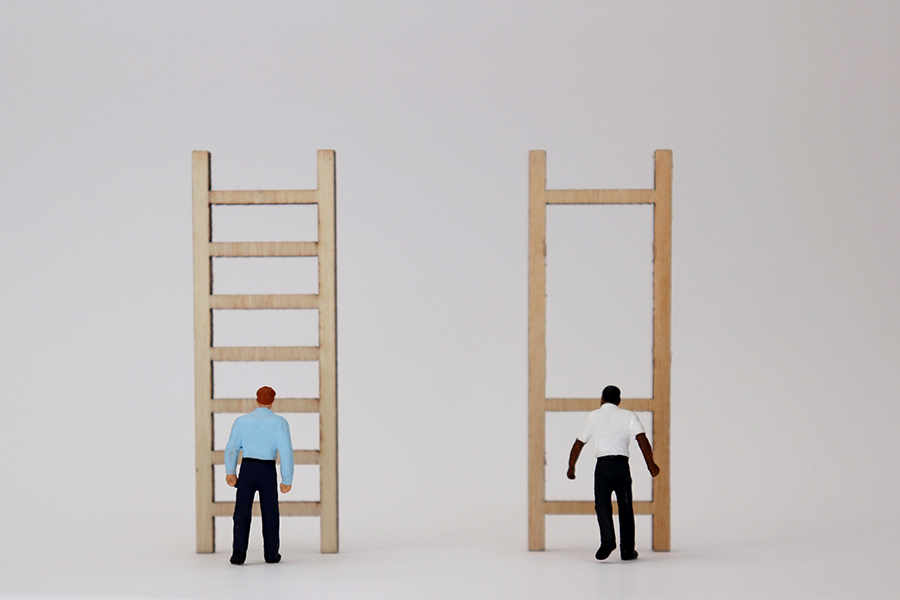 The death of George Floyd and resulting protests across the U.S. have prompted many leaders to urgently condemn racism within their organizations.

These public statements are a beginning, but to foster truly authentic dialogue and actual change, business leaders first need to turn inward and assess how prepared they are to lead these conversations, said Ashleigh Shelby Rosette, professor at Duke University’s Fuqua School of Business.

Race is one of the most difficult topics to discuss in our society, especially when it comes to the Black experience,” said Rosette, whose research focuses on leadership, negotiation and diversity. “Historically we have not been comfortable holding a mirror up to the injustices committed towards Blacks in the United States and owning up to them, so often, we say nothing. We presume that what we have is a true democracy in our republic, and meritocracies in our organizations, when every social indicator from health to economics to education, unequivocally suggests that this is not true.”

“To determine whether they’re truly prepared to lead authentic discussions about racism in their organizations, leaders need to ask themselves these five questions, Rosette said recently on LinkedIn.

Do you recognize that racial minorities are not a monolithic group?
In recent weeks, Rosette said, she has seen non-Black people struggle to say the words Black or African-American when talking about race. It’s OK to speak about one group, she said.

“When we use the term ‘people of color,’ we should make sure that the racial phenomenon that we are describing affects all people of color somewhat comparably,” Rosette said. “If it does not, it's okay to label and name the racial group of interest.”

George Floyd, Ahmaud Arbery and Breonna Taylor were all Black Americans who died recently in incidents that demonstrate racism embedded in our systems, Rosette said. Thus, right now, many discussions are focused on the Black experience specifically, while some elements of these incidents may also apply more broadly to all people of color, she said. It’s important to recognize different racial and ethnic groups have vastly different experiences and it’s important to understand those differences, she said.

Can you empathize with someone of a different race?
“You are better prepared to lead change if you are capable of racial empathy,” Rosette said. “If your Black, Asian, Latinx colleague, peer or subordinate comes to you and says that a recent experience they have had is about race, then it is about race.”

First, recognize the courage it took that person to come to you – most likely someone of a different race – to tell you about something that happened they believe was racially motivated, she said.

“Too often, the response to such reports is one of disbelief, dismissal or labeling the person who has shared their experience as too sensitive,” Rosette said. “You don’t know their story, you don't know their pain, and to you, what may seem like a harmless incident can conjure up a great deal of distress for that racial minority.”

“Look around you to see from whom you most frequently seek counsel,” she said. “Do they look like you? Think like you? Have the same background as you? Are they the same race as you? If so, you may not be as adequately prepared as you could be to handle discussions of race in your organization.”

The past two decades have led to some progress, but the fact is, white men still comprise the vast majority of corporate executives, Rosette said.

“That means that white men tend to select and promote other white men,” she said. “This means that any discussion of race that you may have may lack the perspective, or perhaps that racial considerations may not be adequately raised in your organization.”

Did you know discussing race is riskier for minorities?
Talking about race is inherently risky, and riskier still for racial minorities, Rosette said. When compared to whites, minorities are disproportionately asked to participate in diversity initiatives.

“This means they have to do their regular job and do diversity work, too,” Rosette said. “They’re working harder, oftentimes with no recognized reward, than are their white counterparts. Second, the emotional toll when engaged in diversity work – in addition to a normal workload – can be exhausting.”

Do you understand that recent protests are about more than George Floyd?
The deaths of Ahmaud Arberry and Breonna Taylor, and threats against Christian Cooper, a Black patron of Central Park, demonstrate a long history of disparate treatment of Black people by authorities across the U.S., Rosette said.

“Keep in mind, most of these types of crimes have not been captured on video and broadcast for all the world to see, but have been experienced by numerous Black Americans and their forefathers all across this country.”

If someone were to approach a Black colleague and ask them about their experiences with racism, Rosette said, she imagines that of the stories they could share, a good portion of these experiences will have occurred at work, a topic Rosette has recently studied.

For leaders who are ready to move forward, they should start by looking for places within their organizations where bias, discrimination and racism can take hold – hiring, promotions and salary.

“Do a real check and commit to real change,” she said.

For those who don’t have decision-making authority at work, they still can lead change: “Volunteer, be an ally,” she said. “Reach out and initiate discussions about race. Do not remain silent.”

Tweets by @forbesindia
Darzee Mattress emerges as one of the best selling mattresses in 2020
FULL TEXT: Mistry family says 'Time to separate from Tata Group'