In a statement issued on Tuesday, the Shapoorji Pallonji group said that after a four-year battle, "past oppressive actions, and the latest vindictive move by Tata Sons that impact the livelihoods of the wider SP Group community" have led them to call for this split, dissolving a 70-year relationship 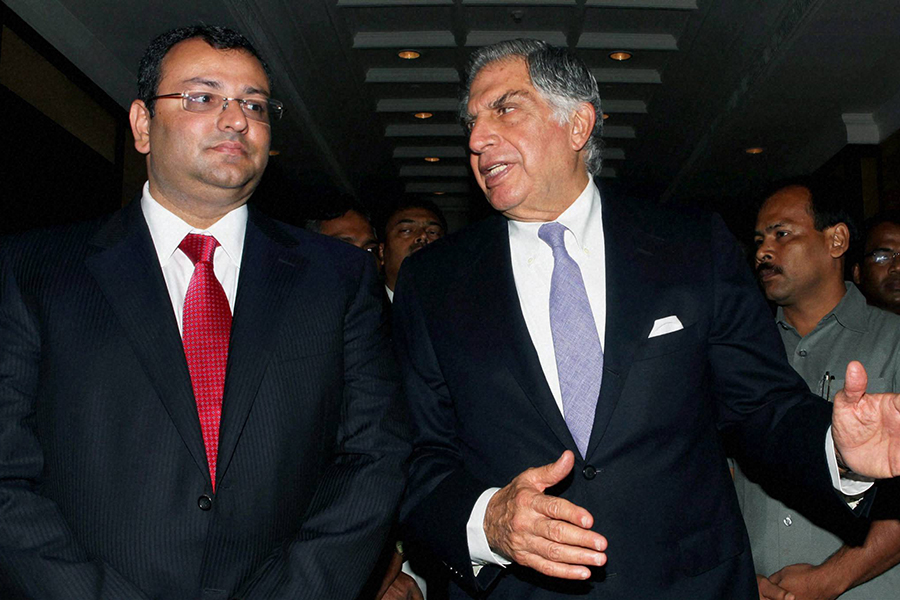 It is a matter of record that prior to the year 2000, when the Tata Trusts, being Public Charitable Trusts, couldn’t exercise their voting rights ,the same being held by a Public Trustee, the SP Group voted to protect the best interests of the Tata Group.

In 2012, when Mr. Cyrus Mistry accepted the position of Chairman of Tata Sons, it was not only with a sense of pride, but also with a sense of duty as an ‘insider’ on the Board of Tata Sons. The Tata Group was going through significant change. A generation of Tata leaders were retiring with implications on the future governance of the Group. Several of these leaders who were retiring from the Board of Tata Sons also served as Trustees of the majority shareholders-Tata Trusts.

It is in this context that Mr. Mistry set about trying to establish a governance structure that would institutionalize accountability, and create the right checks and balances, without contravening the new SEBI Insider Trading law that regulated the flow of information across all stakeholders. Unfortunately, he was removed in October 2016, when he attempted to implement these governance reforms. It is extremely unfortunate that the current leadership of Tata Sons has not only continued to take value destructive business decisions in a misguided effort to prove a point in these proceedings.

It is a matter of public record that several issues identified years earlier, continue to plague the group. Be it the operations of Tata Steel UK, where over the last three years alone the operational losses have increased by an additional 11,000 crores, or the Group’s aviation businesses.

Unfortunately, the impact of these actions continue to hurt minority shareholders, be it the SP Group at Tata Sons or the millions of shareholders of the listed companies in the Tata Group. Tata Sons has amplified its institutional efforts to suppress and inflict irreparable harm on the SP Group, in the midst of a global crisis triggered by the COVID Pandemic.

The 150 year old SP Group–is the second largest construction group in the country, executing projects of national significance in India and abroad. The Mistry family were in the midst of raising funds against the security of their personal assets to meet the crisis arising from the global pandemic. This move was undertaken to protect the livelihoods of its 60,000 employees and over 100,000 migrant workers.

The action by Tata Sons to block this crucial fund raise, without any heed for the collateral consequences is the latest demonstration of their vindictive mind-set. The current situation has forced the Mistry family to sit back and reflect on the past, present and possible future for all stakeholders.

The past oppressive actions, and the latest vindictive move by Tata Sons that impact the livelihoods of the wider SP Group community leads to the inexplicable conclusion that the mutual co-existence of both groups at Tata Sons would be infeasible. The SP-Tata relationship spanning over 70 years, was forged on mutual trust, good faith, and friendship. Today, it is with a heavy heart that the Mistry family believes that a separation of interests would best serve all stakeholder groups.