Cuba's first master rum makers honed their skills near Santiago de Cuba in the eastern part of the island around 1862. Today, they are scattered throughout the Caribbean nation in local rum distilleries 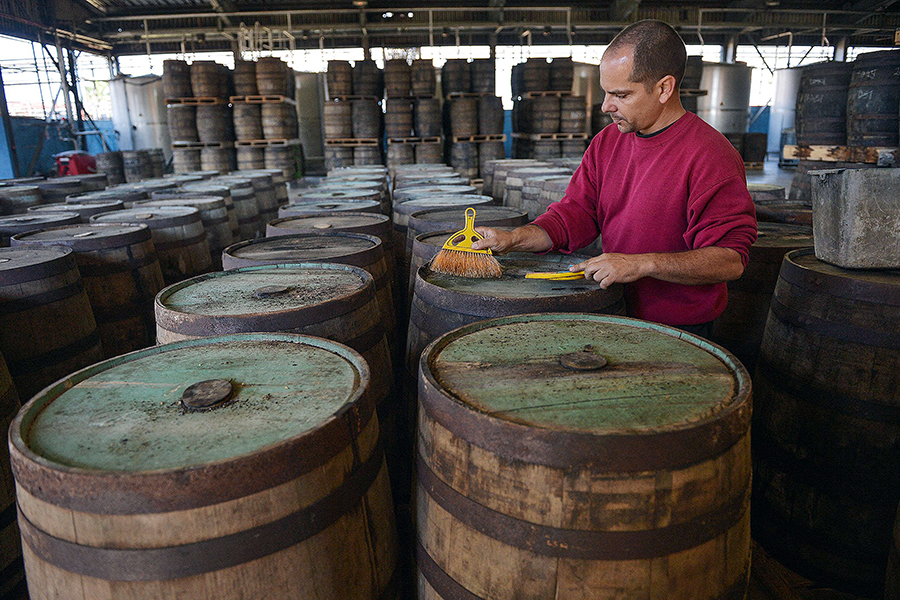 The traditional knowledge held by Cuba's light rum masters was on Wednesday added to UNESCO's list of intangible heritage, a prestigious designation that recognizes a tradition dating back eight generations on the island.

"It is a recognition of the generations of Cuban rum masters and... of the tradition of Cuban rum," rum master Asbel Morales, 54, told AFP.

The island's first master rum makers honed their skills near Santiago de Cuba in the eastern part of the island around 1862. Today, they are scattered throughout the Caribbean nation in local rum distilleries.

Generation upon generation of light rum makers have transmitted the secrets of the distillation process to their successors.

Light rum, with an alcohol content of 40 percent, is made from molasses, the thick dark syrup derived from sugar cane, unlike agricultural rum made from cane juice. Light rum is the variety widely used for making cocktails.

In their submission to the United Nations' culture body UNESCO, the Cuban distillers said "master knowledge is more than just a group of abilities," and even incorporates moral strictures about public and private conduct.

Almost all the members of this guild have studied chemistry, but they also must have rigorous taste and smell training, and long years of experience. In total, a decade of training and practice is required to become a master rum maker.

Master rum makers know "the content and history of every cask, cask rotations or repairs, and (know) which mixes produce certain aroma, color and body," the UNESCO submission said.

Cuba already has several traditions listed as intangible heritage of humanity by UNESCO.

The "tumba francesa" (French drum), songs and dances accompanied by percussion that arrived in Cuba with the French colonists and their Haitian slaves in the late 18th century, was recognized in 2008.

This was followed by the Cuban Rumba (2016), which blends song and popular dance, the Punto Cubano, (2017), a peasant music originating from the Canary Islands, and Las Parrandas (2018), popular festivities from the center of the island.

Tweets by @forbesindia
Sony takes a deep dive into the Metaverse with motion-tracking wearables
Fall in winter: How CFOs became the fall guys