At the CES tech show, the video game industry is showing off just how lifelike gaming can be made with new vests, head cushions and other simulation products 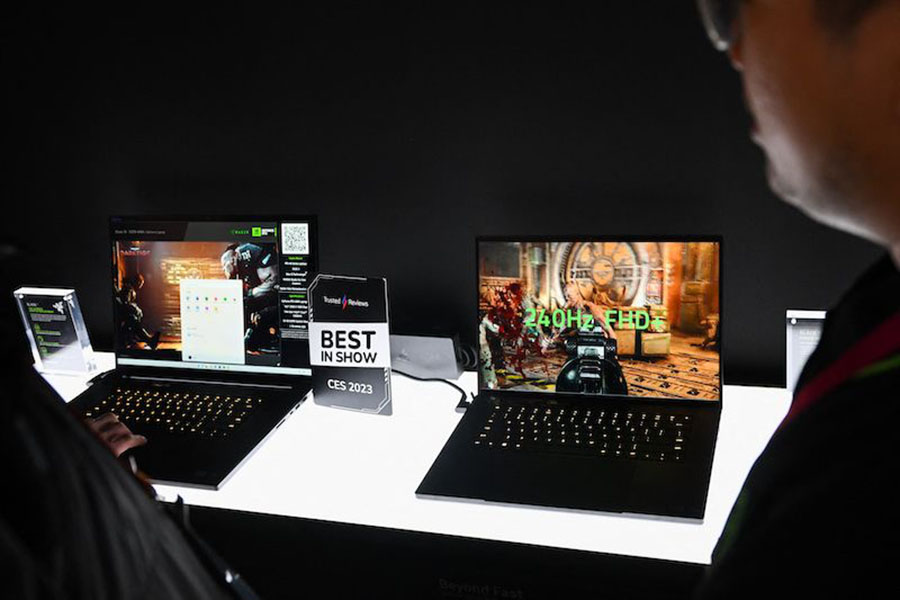 Getting shot, standing in a downpour, being surrounded by bees: None are ideal, but for gamers, feeling the sensations of each is the goal.

At the CES tech show, the video game industry is showing off just how lifelike gaming can be made with new vests, head cushions and other simulation products.

"Lots of consumers are doing games, and they are looking for gaming hardware," Kiuk Gwak of bHaptics Inc. told AFP as he demonstrated his company's vest and gloves at the Las Vegas gathering, which ends on Sunday.

The haptic vest replicates the feeling of action playing out in virtual worlds, while matching haptic gloves add a feeling of touch.

"People are not just using our vest for getting shot, but they can feel the wind or rain or even bees in virtual reality," Gwak said.

Gaming hardware company Razer showed off what it said was the world's first surround-sound audio and haptics head cushion, called Project Carol, which allows "gamers to feel everything behind them, placing them firmly in the middle of the action."

Razer also said it will release an "Edge" handheld gaming unit in the United States on January 26 at a price of $400.

Razer is one of multiple companies, including Dell and Acer, that showed off laptops sporting rich screens and mighty computer chips meant to tempt gamers who crave speed and immersion.

Gaming computers powered by the latest chips from rivals AMD and Nvidia were also on display.

Nvidia also announced that its GeForce Now cloud video game service would be included in vehicles for the first time thanks to an alliance with Hyundai Motor Group, BYD and Polestar.

"Thanks to cloud technology and the mobile internet, vehicle occupants can keep boredom at bay with the ability to enjoy music, movies and now video games in the car," Nvidia said in a release, noting whoever is in the driver's seat will only be able to play while parked.

"The ability to stream games to the car is a key component of the future of in-vehicle experiences."

CES exhibits by tech titans such as South Korean competitors LG and Samsung, meanwhile, included screens tailored for gamers with features such as sweeping curves to enhance the feeling of immersion.

"We are using new technologies, which is part of the reason we came to CES," Lefebvre said.

Also read: Are video games art? An exhibition in Germany is exploring the question

"And we want to find out what people like and don't like to make sure we are going in the right direction."

As gadgets become more interoperable and innovations such as the metaverse promise to transform the way people live, CES has become critical for companies to see how they can better connect with players.

"You talk about Web3 and you talk about the metaverse, a lot of that is going to start with gaming," said Jeff Netzer of Las Vegas-based PlayStudios, which specializes in mobile games whose winners are rewarded with restaurant meals, hotel stays and helicopter rides.

"People are looking at what hardware is going to be needed," he said. "I think a lot of the companies are particularly interested in CES to understand where that particular piece of the industry is going."