Playing by the rules: Can the self-regulation model work for the online gaming industry?

While stakeholders welcome the move, calling it a step in the right direction that will ensure transparency, legal experts express concerns 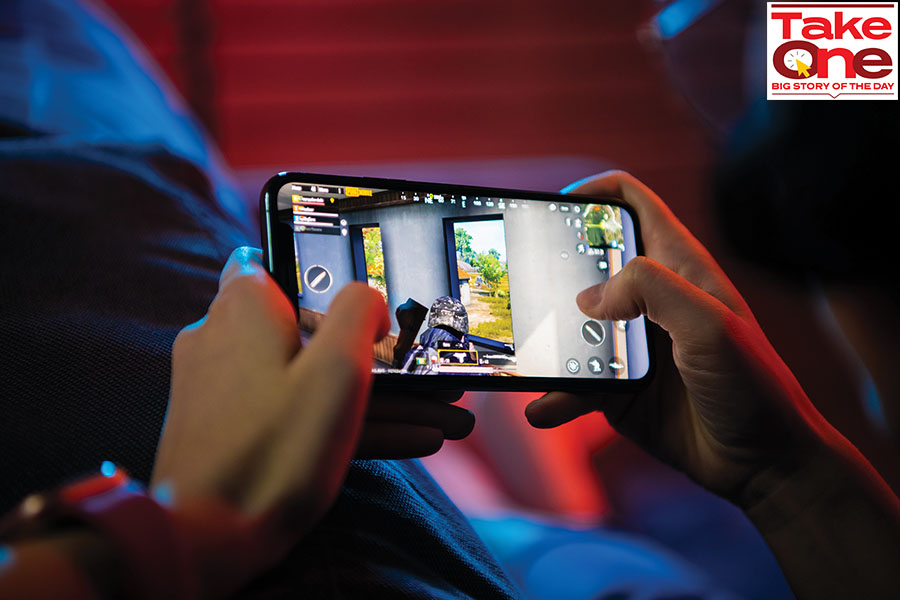 In the first week of January, the central Ministry of Electronics and IT (MeitY) released draft rules for online gaming in India. A self-regulatory body, mandatory know-your-customer (KYC) norms for verification and a grievance redressal mechanism are among the proposed rules.

In a press briefing, Rajeev Chandrasekhar, minister of state for MeitY, said online gaming is “a very important piece of the startup ecosystem and a part of the goal of the one-trillion dollar economy”. India is home to a thriving gaming market: With 900 gaming companies and 500 million gamers, the market is projected to be worth $8.6 billion by 2027, up from $2.6 billion in 2022, according to gaming and interactive media fund Lumikai. The growing popularity of online gaming, especially during the Covid-19 years, spawned three unicorns last year—Dream11, MPL and Games24x7.

But knee-jerk blanket bans by states have caused tremendous uncertainty. Tamil Nadu, for example, banned online games like rummy and poker, citing them as games of chance where winning depends principally on luck. However, the Madras High Court struck down the law, ruling that they are indeed games of skill, according to the Supreme Court—where winning depends on a gamer’s superior knowledge and experience—and can’t be banned. The state government has subsequently appealed to the apex court against the high court’s decision.

The central framework laid out by MeitY should end such state-wise regulatory fragmentation, bring stability and spur growth. “We have kept it simple. Every startup, innovation (sic) has a steady, precise roadmap that he can follow. We have principally laid out the go and no-go areas for these platforms… our main intention is to expand the online gaming industry without compromising on our goals of openness, safety, trust and accountability, and I think these rules do it,” said Chandrasekhar.

What Do The Rules Say?

MeitY has proposed an amendment to bring online gaming under the ambit of the Information Technology (Intermediary Guidelines and Digital Media Ethics Code) Rules of 2021. The proposal, which is part of the draft online gaming policy that will be subject to public consultation till January 17, attempts to treat online gaming companies as intermediaries.

Intermediaries are how the IT Rules define entities who facilitate the flow of data on the internet. Search engines like Google, social media platforms like Facebook, broadcasters and OTT platforms are all intermediaries. In the gaming context, any platform that offers at least one online game is a gaming intermediary.

Online gaming platforms will have to register with these SROs, who, in turn, will certify what is permitted as an online game. Platforms will have to ensure that the registered games do not contain anything that could compromise the sovereignty or safety of the country.

Age verification of players, adherence to KYC norms, a grievance redressal mechanism as well as the need for the gaming company to have a physical address in India have been emphasised.

Online gaming companies and industry bodies have welcomed the move, calling it a step in the right direction. “We welcome the proposed amendments as it will pave the way for a centralised regime to regulate the online gaming industry… the proposal to set up self-regulatory bodies will ensure transparency, consumer protection and investor confidence. Once in effect, the new measures will give a fillip to the growth of the domestic skill gaming industry,” says Puneet Singh, co-founder and COO, Baazi Games.

Moreover, the new measures will help to crack down on offshore betting and gambling companies operating in India by insisting that they set up a physical office in the country. They also need to appoint a physically present compliance officer to ensure the platform is following the set norms, a nodal officer to liaise with the government and law enforcement agencies, and a grievance officer to resolve user complaints. “This is a big move as these offshore betting companies clubbed together are a certain multiple of the size of the whole gaming industry in the country,” says one founder on condition of anonymity.

Crucially, the draft rules “feed into the GST conversation” around online gaming companies, says Saumya Singh Rathore, co-founder of Winzo, a Delhi-based social gaming and interactive entertainment platform, available in 12 languages. Should real-money gaming companies pay GST on the entire prize pool they collect from users or on their revenues from that corpus? Say 10 players pool in Rs10 each to play a real-money fantasy game on Dream11. That takes the total prize pool to Rs100. Dream11 takes a 10 percent commission on that of Rs10 and distributes the remaining Rs90 as prize money to the winners. Whether Dream11 should pay anywhere between 18 percent and 28 percent GST on the total prize money of Rs100 or should it be taxed merely on the Rs10 commission it earned, is up for debate. The GST council, which met in mid-December, is yet to arrive at a consensus on the matter.

However, since the draft rules define gaming companies as online intermediaries, this could aid the industry’s argument that it should be taxed only on the commissions it earns.

“For the purpose of taxation, the online game of skill is not only treated as a separate category in the draft rules, but is also recognised equally as an intermediary, which is great,” says Rathore.

The SRO model does pose a problem, though, says Abhishek Malhotra, managing partner at TMT Law, as the threshold of registration is still unclear.

If it’s merely a matter of registration—that is, you pay a fee, become a member and then adhere to the rules and regulations which require companies to carry out games of skill only, that’s straightforward. OTT players, for example, are also governed by a self-regulatory body. But that body merely provides registration for a fee and requires adherence to certain terms and conditions. It doesn’t go about certifying what content can or cannot be shown on those platforms.

However, from the draft rules, there seems to be a push towards getting an SRO to certify whether an online gaming platform’s offering is a game of skill or a game of chance, says Malhotra. Say a startup founder registers with an SRO and presents his gaming idea to the board which may well include a competing firm, who is to protect his intellectual property (IP)?

“This can be dangerous. Why should an independent entity which does not have any legislative authority go about certifying individual games? A better way to go about it would be self-certification by the company stating that its game is one of skill. If someone has a problem, and it comes up for dispute or grievance, then the SRO can come in. This will protect the company’s IP and ensure that confidential data is not shared with competitors,” says Malhotra.

Moreover, the cost of registering and certifying with an SRO as well as that of appointing compliance, nodal and grievance officers could see gaming companies shelling out Rs1 crore to Rs1.5 crore per annum, says Rathore. “That’s a huge entry barrier for budding entrepreneurs with five to 10 member teams.”

It’s too premature to say whether self-regulation will or will not work. What is clear, however, is that more nuanced framework will lead to more innovation, more jobs, more investments, and a more conducive tax regime.

Tweets by @forbesindia
Alia Bhatt: The evolution of a star
The valuations conundrum and hullabaloo around Mamaearth