Although no extensive research has been done looking at climate change and mountaineering risks in the Himalayas, climbers have reported crevasses widening, running water on previously snowy slopes, and increasing formation of glacial lakes 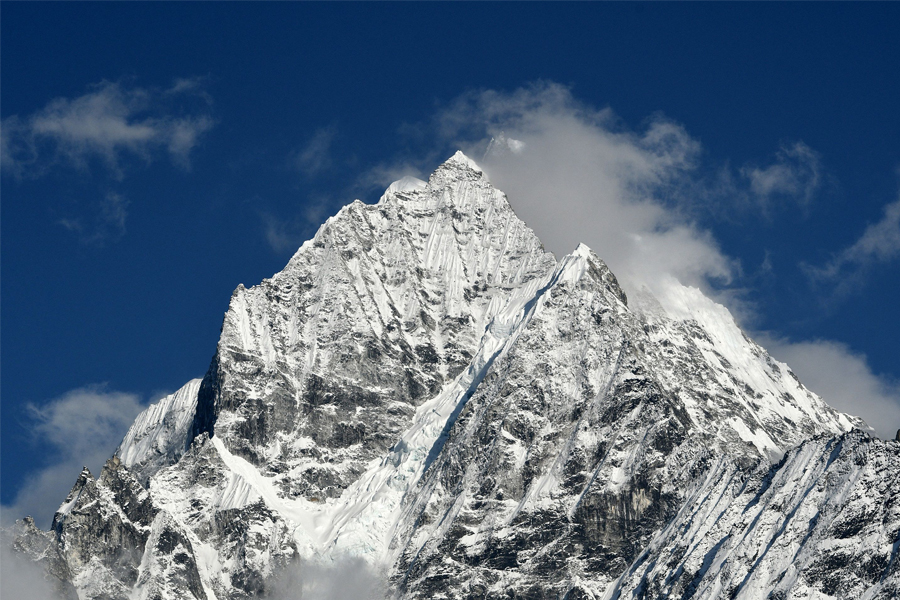 US climber Hilaree Nelson's death has brought home how treacherous the Himalayas are, dangers that guides and experts say are rising due to climate change and as more people seek high-altitude thrills.

Nelson, 49, was fatally swept down from close to the peak of the 8,163-metre (26,781-foot) Manaslu, the world's eighth-highest mountain that she and her partner were attempting to ski down. Her body was retrieved on Wednesday.

What are the biggest killers ?

A third of deaths are caused by avalanches, according to the Himalayan Database, and a third by climbers falling. Many also die from mountain sickness and exhaustion.

The deadliest is 8,091-metre Annapurna massif, with 72 deaths for 365 ascents since the 1950s—or one for every five successful summits. Dhaulagiri and Kanchenjunga both have a death rate of over 10 percent.

Steep passages and avalanche danger have earned Pakistan's K2 the name "savage mountain", with at least 70 fatalities since 1947.

The most deaths occur on Everest, with more than 300 dying between 1950 and 2021. But with many more climbers, the fatality rate is comparatively low at 2.84 percent.

How has climate change hit the Himalayas?

A 2019 study warned that Himalayan glaciers were melting twice as fast than before the turn of the century.

Another study this year, using carbon dating, showed the top layer of ice close to the Everest summit was around 2,000 years old, suggesting that the glacier was thinning more than 80 times faster than the time it took to form.

How has this increased the dangers?

Although no extensive research has been done looking at climate change and mountaineering risks in the Himalayas, climbers have reported crevasses widening, running water on previously snowy slopes, and increasing formation of glacial lakes.

"Wearing snow crampons on thinning ice and exposed rocks can be particularly dangerous," said the hugely experienced Nepali mountaineer Sanu Sherpa, 47, who has climbed all 14 highest peaks in the world twice.

"Snow coverage is a lot less. I worry that the mountains will be just rocks in the next few generations."

In 2014, an immense tumbling wall of snow, ice and rock killed 16 Nepali guides on Everest's treacherous Khumbu Icefall in one of the deadliest accidents on the Himalayas.

"Overall, the usual historical patterns cannot be used as predictions, so climbing has become much more dangerous concerning the weather."

But experts say a major killer is also the inexperience of a new wave of ill-prepared mountaineer tourists rushing for summits among the hundreds who flock to Nepal, Pakistan and Tibet every year.

The rapid growth of the climbing industry has created fierce competition among companies for business, raising fears that some were cutting corners on safety.

Nepal this year issued 404 permits for Manaslu peak, double than usual. Pakistan issued about 200 for K2, twice the usual number.

In 2019 a massive traffic jam on Everest forced teams to wait hours in freezing temperatures, lowering depleted oxygen levels that can lead to sickness and exhaustion.

At least four of the 11 deaths that year were blamed on overcrowding.

What measures are being taken to make mountains safer?

Expedition organisers are also stocking more oxygen and the quality of weather reports has vastly improved.

But Lukas Furtenbach of Furtenbach Adventures said that more needs to be done.

"Companies need to invest in avalanche education and training and risk assessment tools for their guides and also in avalanche equipment like beacons and (rescue technology) RECCO," he told AFP.

But in the end, it comes down to decisions operators make.

"We of course work as hard as we can to get our clients to the top, but only if this can be done within strict margins," said Mike Hamill of Climbing the Seven Summits.

"We are not afraid to back off of a climb if conditions or weather dictate that it is too dangerous."

Tweets by @forbesindia
Jio or Airtel: Who will win the race to 5G in India?
Ankit Jain and Sidhant Pai at StepChange on the opportunity to 'productise' carbon reduction