This year, the heat wave has arrived early and grown particularly intense in the past decade, killing hundreds every year, at which time, India usually also suffers severe water shortages with tens of millions of its 1.4 billion people lacking running water 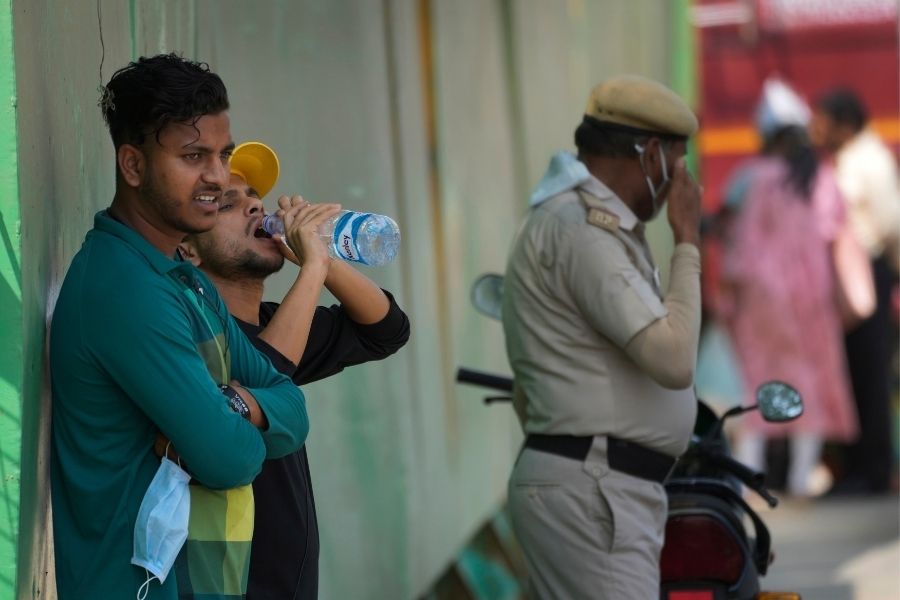 The weather agency declares a heat wave when the temperature is at least 4.5 C (8 F) above average.
The main summer months — April, May and June — are always excruciatingly hot in most parts of India before monsoon rains bring cooler temperatures. But the heat wave has arrived early and grown particularly intense in the past decade, killing hundreds every year.
During heat waves, the country usually also suffers severe water shortages with tens of millions of its 1.4 billion people lacking running water.
Extreme temperatures have struck large parts of northern and western India in the last week, with Rajasthan, Gujarat, Uttar Pradesh and New Delhi among the worst hit. Higher temperatures also were felt in relatively cooler Indian-controlled Kashmir in the Himalayas, where many Indians go to escape the summer heat.
Already this year, India has recorded its warmest March since 1901.
The United Nations Intergovernmental Panel on Climate Change warns that heat waves and humidity-related heat stress will intensify in South Asia, and scientists who study climate change say Indians can expect more of the same hot temperatures in the coming years.
Vimal Mishra, an expert at the Indian Institute of Technology's Water and Climate Lab, said the number of Indian states hit by heat waves has grown in recent years, as extreme temperatures become more frequent and intense.
"If you are looking for the clearest signal of climate change in India, then heat waves are a classic example. They are unavoidable and will occur more frequently," Mishra said.
Heat waves are especially dangerous for daily wage workers, rickshaw drivers, street vendors and the homeless, many of whom have to work outside in hot conditions and are at the greatest risk of heat exhaustion and heatstroke.
India's worst heat wave since 1992 was in 2015, when at least 2,081 people died.
By Sheikh Saaliq, Associated Press