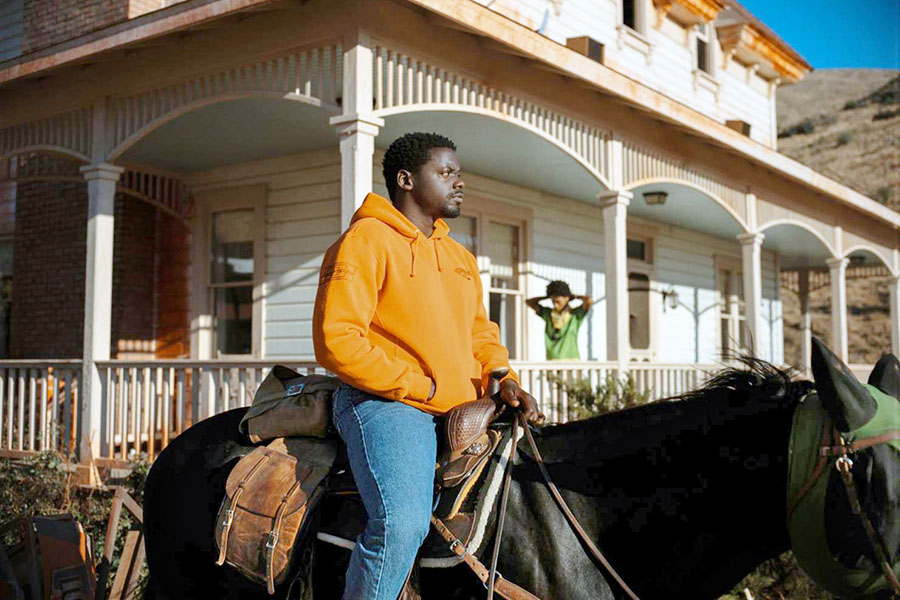 The Oscar-winning writer-director—who is widely credited with elevating and revitalizing the horror genre with "Get Out" and "Us"—re-teams with Daniel Kaluuya, who plays OJ, a horse trainer spooked by otherworldly phenomena in the skies above his California ranch.

OJ and his sister Emerald (Keke Palmer) must juggle their fear of the mysterious and potentially dangerous UFO activity with their desire to achieve fame and wealth by capturing it on camera.

"The real villain is our addiction to attention and spectacle, and our inability to be able to actually react in real time," Palmer told AFP on the red carpet at the film's Hollywood premiere this week.

"It's no different from all the rubbernecking on a freeway when there's an accident—no one calls but everyone stops to watch.

"That's the real horror that our film is talking about."

It builds on themes Peele introduced in his searing 2017 race satire "Get Out," which was made for less than $5 million and grossed $255 million. It also earned him an Oscar for best original screenplay.

He followed that up with another hit, "Us," securing a reputation as one of Hollywood's most in-demand, daring directors and top Black filmmakers.

Such was Universal Pictures' confidence in Peele's latest project, it took the unprecedented step of opening a permanent new "Nope" attraction at its Universal Studios theme park on the same day the movie opens.

"This is the first time that we've ever opened an attraction day-and-date with a new film," said Universal Creative head Jon Corfino.

"It's the first time I've ever heard of that happening."

"This whole set was the actual authentic set that was used in the production," said Corfino.

"It was actually broken apart and brought back here put together... it's basically exactly his vision."

Appropriately for the movie's themes, visitors who pay for the VIP studio tour have the opportunity to wander around its fake but hyper-realistic streets, snapping selfies and shooting TikTok videos in front of the saloon, sheriff's office and gold panning mill.

It becomes the latest permanent attraction on Universal's studio tour, where tourists are ferried around working soundstages, and sets from classic movies such as Steven Spielberg's "Jaws" and Alfred Hitchcock's "Psycho."

"Jordan Peele takes his place among that lineage," said Corfino.

Whether the film does so remains to be seen—early reviews have been mixed, with Empire praising an "ambitious, provocative swing," but the Guardian describing Peele's latest work as "clotted and heavy."

"There's a million storylines within this and metaphors that anyone in the audience can take differently," said "Nope" star Brandon Perea.

"You can take it how you take it, and I think that's great."