The picturesque Italian island is reaching out to remote workers in a bid to rejuvenate its population and bring new life to its sleepy villages by paying people up to €15,000 to move there. However, the conditions are numerous and somewhat restrictive 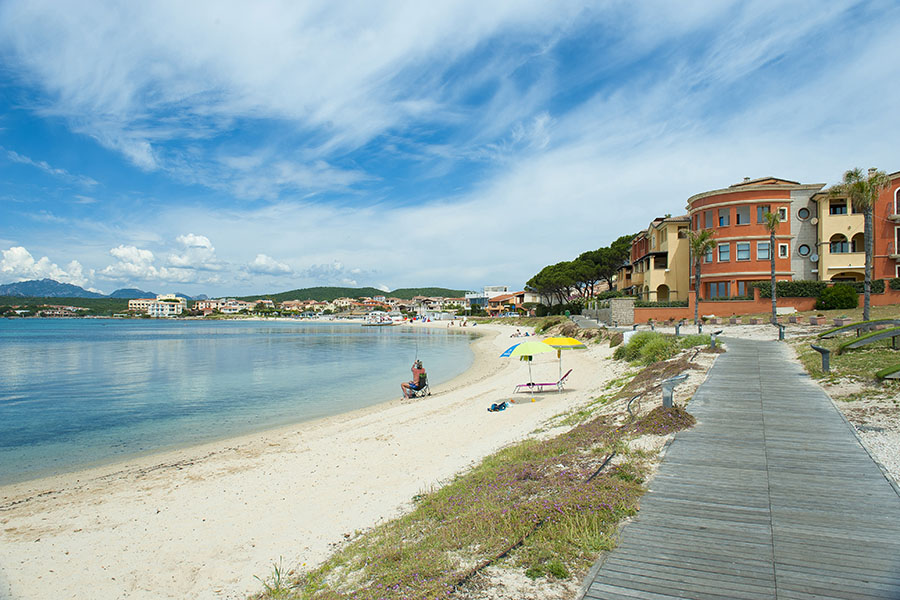 How would you like to sit down to work with a view over the sublime blue waters of Sardinia? The picturesque Italian island is reaching out to remote workers in a bid to rejuvenate its population and bring new life to its sleepy villages by paying people up to €15,000 to move there. However, the conditions are numerous and somewhat restrictive...

Ahh, Sardinia. With its turquoise waters and tasty culinary specialties, such as fregola pasta and spit-roasted meats, Corsica's cousin offers an almost idyllic setting for remote workers. However, not all teleworkers have yet thought of the Italian destination as the perfect place to take their Zoom calls. The government, however, has decided to take action, introducing an incentive to encourage digital nomads to move in—namely, a check for €15,000. In total, €45 million have been allocated to this initiative.

But before you get carried away, the aim here is not to splash the cash so you can upgrade your computer, then rock up and live your best life in the island's hotspots. Sardinia is also the island of centenarians. In the region of Ogliastra—located amid the breathtaking scenery of the central part of the island, where limestone peaks tower above blue waters—the small village of Seulo, with around 800 inhabitants, was home to no less than 20 people aged 100 or more between 1996 and 2016. As a result, Sardinia is seeking ways to help make its population younger.

The media outlet Sifted reports that several conditions must be met by remote workers hoping to qualify for the €15,000. Indeed, you can only settle in a Sardinian municipality with less than 3,000 inhabitants. And that's not all. You must also buy or renovate a house in the chosen village. If all these criteria are met, you will have plenty of time to work on your new Sardinian home, since you will also have to live there full-time. And that could prove difficult for teleworkers who thought they might do some face-to-face work in the office, or hop from one destination to another.

The project is open to all European citizens, while those of other nationalities must apply for permanent residence within 18 months of their arrival to qualify for this check.

Also read: Why a taste for Italian cuisine could become an expensive habit

While the conditions of this project could be too drastic to bear much fruit, other destinations have provided alternative options for teleworkers, like Madeira. The Portuguese island has hosted more than 7,000 digital nomads since February 2021, when the pandemic was still at the forefront of concerns. However, it's not clear how many of them have settled there permanently...