TikTokers are no longer welcome at certain tourist sites

In the last few years, new signs have appeared at Nepalese tourist sites, such as the famous Boudhanath Stupa or the Gadhimai Temple, saying "No TikTok" 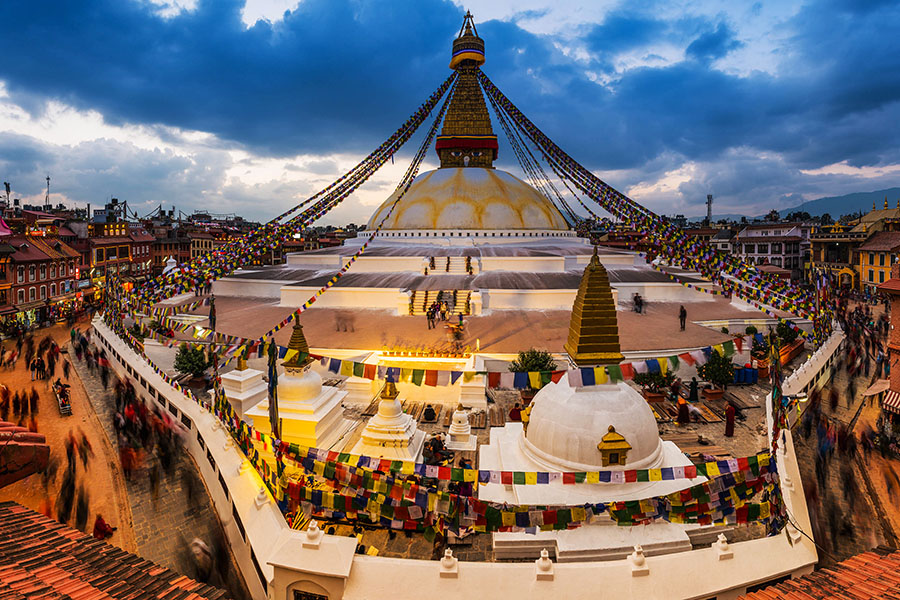 The Boudhanath management committee installed surveillance cameras on the site in March 2021 to discourage TikTokers from filming there. Image: fotoVoyager / Getty Images

Imagine hordes of influencers striking funny poses or doing dance moves in front of a Buddhist temple. The scene may sound funny, but it's no laughing matter for the Nepalese authorities. So much so that TikTokers are now banned from many heritage sites across the country.

In the last few years, new signs have appeared at Nepalese tourist sites, such as the famous Boudhanath Stupa or the Gadhimai Temple, saying "No TikTok." These signs are intended to discourage the many influencers who go to these heritage sites to film videos for the Chinese social network.

Sanuraj Shakya, a spokesperson for the Lumbini Development Trust, which manages the Lumbini shrines, sees this ban as a way to ensure the serenity of the thousands of Buddhists who visit this sacred site every year. "We have banned TikTok-making in and around the sacred garden, where the main temples are located," he told Rest of the World magazine. "Making TikTok by playing loud music creates a nuisance for pilgrims from all over the world who come to the birthplace of Gautama Buddha."

The same rule applies to the Boudhanath Stupa, a UNESCO World Heritage Site in Kathmandu. This high place of Buddhism is besieged, from dawn, by hundreds of devotees who stroll around, always in a clockwise direction. And recently they have been joined by influencers, who have come to shoot videos. To discourage them, the Boudhanath management committee installed surveillance cameras at the site in March 2021. A dozen security agents are also carrying out patrols to ensure that TikTokers respect the rules.

Tweets by @forbesindia
KuCoin raises $10M amidst the bear market; announces plan to support Indian Web 3 startups
The Chainsmokers hope to become the first musicians to perform in the stratosphere