From 'Stranger Things,' to 'The Avengers' and 'Harry Potter,' fanfiction videos are booming on TikTok

On TikTok, pop-culture addicts are finding ways to take centre stage in their favourite shows and movies, through video clips. And the trend is riding high on the Chinese social network 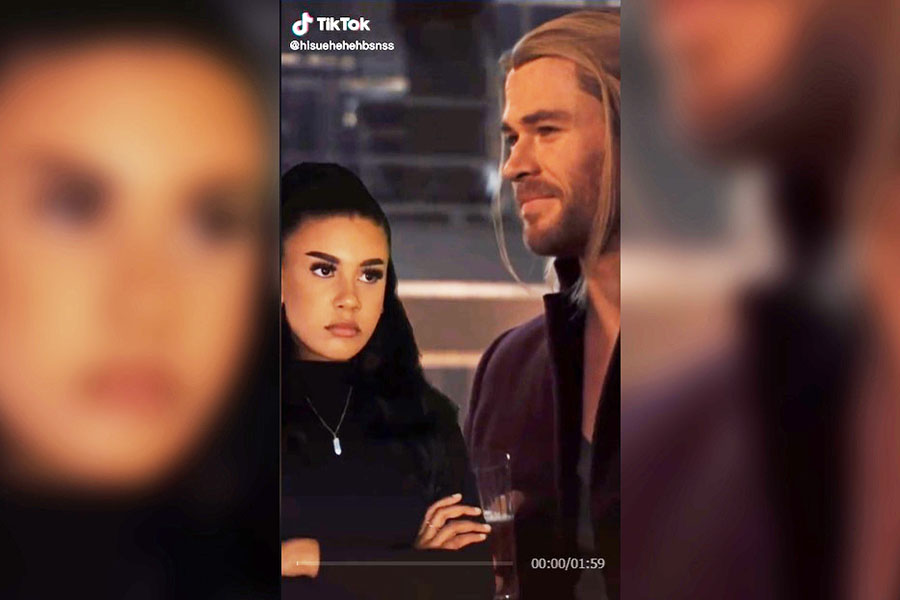 Fans of "Stranger Things," Marvel movies and "Harry Potter" have no shortage of imagination, it seems. On TikTok, some of these pop-culture addicts are finding ways to take center stage in their favorite shows and movies, by means of video clips. And the trend is riding high on the Chinese social network.

The hashtags #Storieswithyn or #ynpovstories and #povmarvelstories respectively total some 6.3 million, 12.3 million and 7.1 million views on TikTok. In these hashtags, "YN" means "Your Name" and "pov" stands for "point of view." As such, these hashtags allow users to share their own fictional creations and imagine themselves playing a role in the world of their favorite shows.

As the name suggests, fanfiction is fiction, stories, told by fans, for fans, usually placing the author of the story at the center of a love story. Written fanfiction has become very popular on Wattpad and on specially dedicated websites, and most often involves young heterosexual girls and women with a penchant for series, literary sagas or movies, stepping into the role of the main hero's object of desire.

On TikTok, this trend has taken a new turn thanks to the power of video. Gone are the written stories, as "Potterheads" or fans of the Marvel universe now use video clips of movies and series to tell their stories. And there is a lot of content out there. The multitude of popular keywords on TikTok reflects users' ever-growing interest in these fictional sagas, whose plot often revolves around a love story or a sexual encounter.

Some accounts are dedicated entirely to this kind of content. Take @pov_stories58, for example, which proposes a whole series, developing through several seasons and episodes, using excerpts from movies from the Marvel Cinematographic Universe. And it has certainly found its audience, since the account has more than 15,000 followers on TikTok. Meanwhile, @freakymvnson builds on the success of "Stranger Things" and, more specifically, on the buzz around the character of Eddie Munson, who has been all the rage on social networks since season four of the show concluded. These kinds of stories offer a continuity in the development of the plot, building a story through dialogues—either written onscreen or using audio—while playing on different camera angles and video clips of the characters involved. So, as the dialogue unfolds, the "Y/N" part—or "Your Name," the role played by the user—will show only part of a show's character, usually with their face not visible, to help the user better visualize themselves in the scene in the characters' place, and thus imagine themselves being part of the video clip.

But some fans go even further. Accounts like @peterhollandxx and @ba.baimon go as far as to edit themselves into show or movie clips by filming themselves using a green screen background. The users film themselves, made up and dressed according to the chosen series or movie, to create—or re-create—a scene that's an integral part of their fanfiction. Here again, the dialogues are either written on the video accompanied by a specific soundtrack or music, or they are taken from the audio dialogues of the movies themselves.

If some, like @ba.baimon, offer video fanfiction creations without any link between each other, others like @peterhollandxx offer a real story arc that develops over several episodes. And TikTok users seem to like both, as these users count millions of "Likes" on their accounts.