Music plays a major role in the fourth season of "Stranger Things": While Kate Bush's "Running Up That Hill" continues to enjoy a boost in popularity, now it's hard rock group Metallica's turn to win over some new fans, thanks to the Netflix series 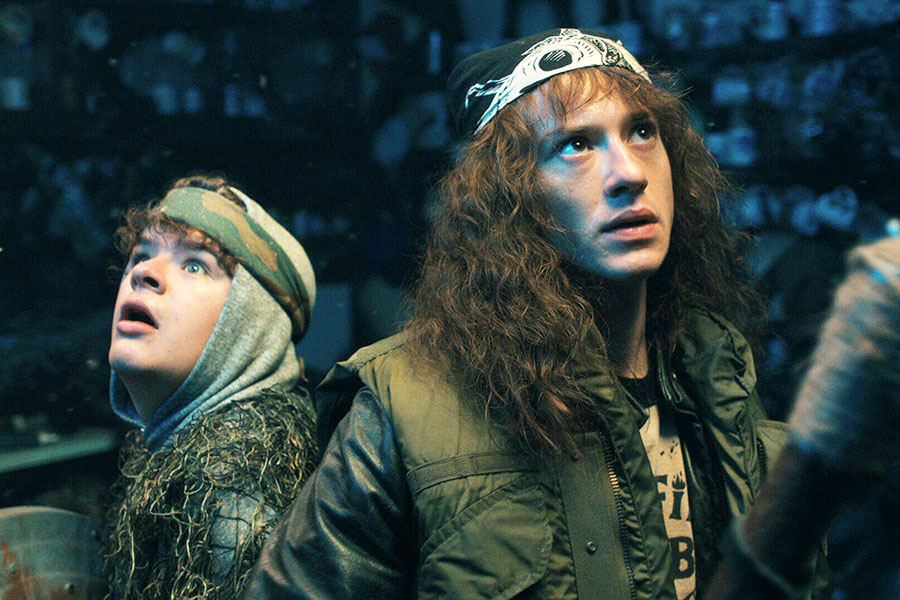 Music plays a major role in the fourth season of "Stranger Things": while Kate Bush's "Running Up That Hill" continues to enjoy a boost in popularity, now it's hard rock group Metallica's turn to win over some new fans thanks to the Netflix series. Their song "Master of Puppets" has seen an impressive rise on Spotify's charts.

"Stranger Things" is offering a new lease on life to '80s hits. After the unexpected success of Kate Bush's "Running Up That Hill (Deal With God)," the Netflix series has revived cult band Metallica's "Master of Puppets" song released in 1986, the same year in which the latest season of "Stranger Things" takes place. In the days since the release of the second part of the series' fourth season on July 2, the song has climbed Spotify's US chart to hit number 10 on Tuesday, while it holds 17th place on the platform's Global chart.

The renewed interest is linked to an emotional scene in the last episode of the season where the "Master of Puppets" song, played by the Eddie Munson character, plays an important role in the plot and clearly made an impact on viewers.

Another song, "Separate Ways" by Journey, also used by the Duffer brothers in the series, has also benefited from the popularity of this fourth season in some regions.

Impressive results that nonetheless pale in comparison with those achieved by the track "Running Up That Hill" by Kate Bush, which saw an 8700% increase in streams throughout the world on May 30, after the premiere of season 4. Fans of "Stranger Things" were also interested in the rest of the singer's catalog, increasing listens by 1600%.

Aware of the power of music in the series, Spotify and Netflix have launched an official "Stranger Things" playlist with Easter eggs and surprises on the mobile app as well as on computer but only for Android users.

In fact, in response to the incredible effect Netflix series have on streams, the streaming giant earlier partnered with Spotify to offer a platform dedicated to playlists of its biggest hits.

In addition to music, "Stranger Things" has even boosted searches for the city of Hawkinsville, Georgia on Hotels.com.

Tweets by @forbesindia
Dixon Technologies: From a single factory in 1993 to a Rs 10,700 crore electronic manufacturer for the world
How the war in Ukraine roiled Russia's 'coolest company'