'Make in India' has become the biggest brand India ever created: PM Modi 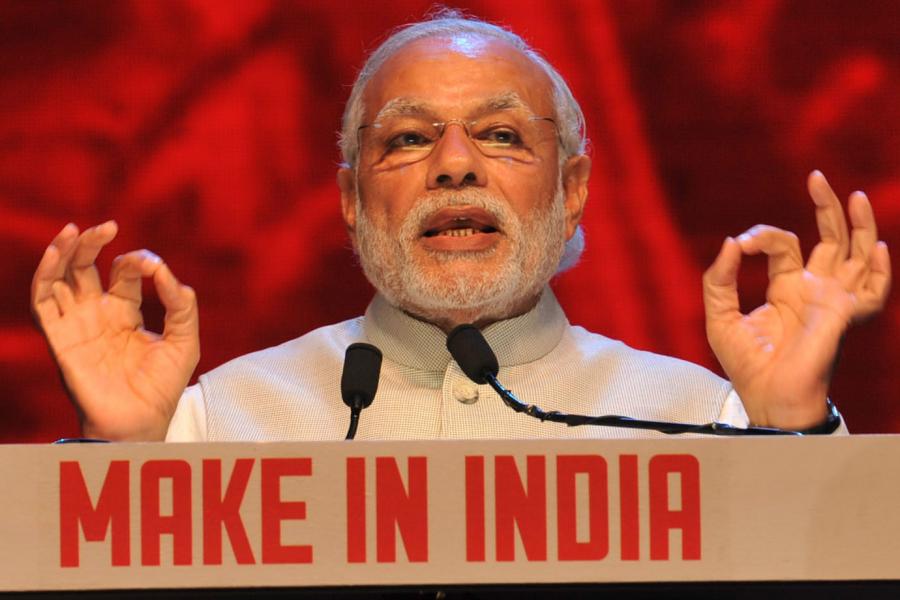 Image: Press Information Bureau Mumbai
Prime Minister Narendra Modi speaks at the inauguration of the Make in India Week in Mumbai, on 13 February, 2016

India rolled out the red carpet to the world to set shop in India as Prime Minister Narendra Modi launched the ‘Make in India Week’ in Mumbai on Saturday. From slick graphics and thumping music to an excellently assembled and coordinated culture show, the Department of Industrial Policy and Promotion (DIPP) impressively showcased the country replete with its rich history, natural resources and acumen to the rest of the world.

While launching the Make in India Week, which is touted to be the biggest multi-sectoral event ever held in the country, PM Modi said that the Indian government was working aggressively to make India a global manufacturing hub. “Make in India has become the biggest brand India ever created. It has captured the imagination of people, business, institutions, political leaders and media,” said Modi at the National Sports Club of India (NSCI). “India is a land of immense opportunities. Fifty of our cities are ready for setting up Metro Rail Systems. We have to build fifty million houses. The requirement of road, rail and waterways is enormous.  There is no time for incremental changes. We want a quantum jump,” said PM Modi.

While hailing the 48 percent increase in Foreign Direct Investment (FDI) inflow, PM Modi reiterated that there would be no retrospective tax while promising an effective intellectual property rights and patents policy, and bankruptcy law. “India has become the fastest growing large economy in the world.  We will end this fiscal year with well over seven per cent growth in GDP.  IMF, World Bank, OECD, ADB and other institutions have projected even better growth in the coming days,” said PM Modi. “In 2014-15, India contributed 12.5 per cent of global growth.  Its contribution to global growth is 68 percent higher than its share of the world economy.”

The Prime Minister emphasized India’s interest in ramping up investments in infrastructure — roads, ports, railways, airports, telecom, digital networks and clean energy. “Do not wait. Do not relax. You should take advantage of the immense opportunities in India,” said PM Modi. Minister of State (MoS) for Commerce and Industry, Nirmala Sitharaman said at the event that over 65 countries are participating in the Make in India Week. “The idea of the Make in India plan was to make the environment in the country from the regulated to a facilitator,” said Sitharaman.

The Make in India Week will continue till February 18 and will have over 5,000 delegates in attendance, rivaling the well-known Hannover Messe trade fair held annually in Germany.

Tweets by @forbesindia
Four reasons why markets are trending so low
Digital 'consent architecture' could make getting loans easier: Nilekani