The fine—imposed over Didi's cybersecurity practices—would amount to more than four percent of its $27.3 billion total revenue last year and pave the way for its new share listing in Hong Kong 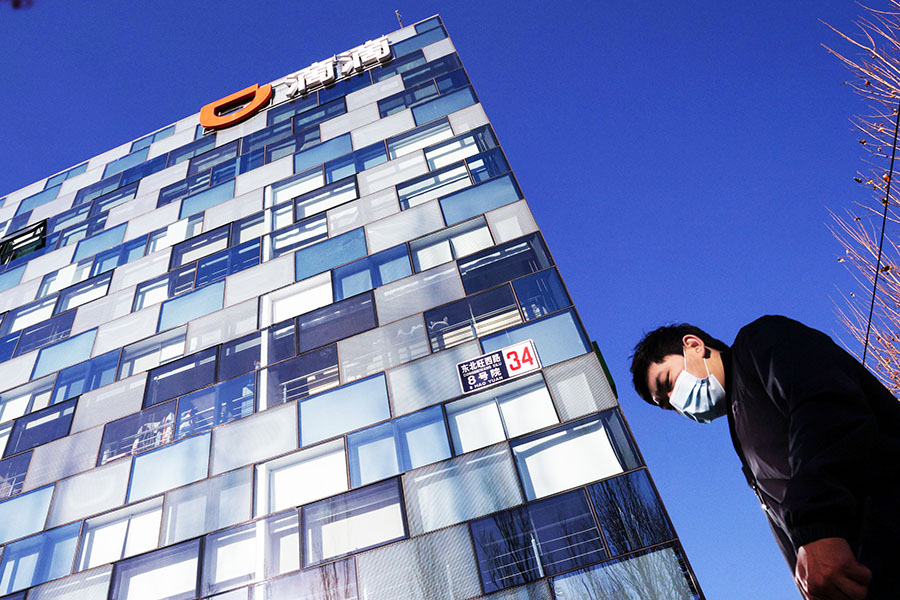 A file photo of the headquarters of the Chinese ride-hailing service Didi in Beijing, China. Image: Thomas Peter / Reuters

Beijing, China: China is preparing to hit ride-hailing giant Didi with a fine of more than $1 billion to wrap up a long-running probe, media reports said, boosting investor hopes that the country's tech crackdown is winding down.
Didi, once known as China's answer to Uber, has been one of the highest-profile targets of the widespread clampdown on the sector, which saw years of runaway growth and supersized monopolies before regulators stepped in.

The fine—imposed over Didi's cybersecurity practices—would amount to more than four percent of its $27.3 billion total revenue last year and pave the way for its new share listing in Hong Kong, The Wall Street Journal reported Tuesday.
Citing unnamed sources familiar with the matter, the Journal said that once the fine is announced, the government will ease its restrictions on Didi's operations.
The firm was prevented from adding new users and its apps were removed from online stores in China by regulators.
The WSJ report triggered a rally in Chinese tech shares in Hong Kong on Wednesday, with investors hopeful that the two-year regulatory storm that swept the sector was nearing its end.
Also read: The effect of China's tech crackdown
E-commerce giant Alibaba soared four percent, while gaming titan Tencent gained 2.5 percent in early trade.
Didi got into hot water in June last year after it pressed ahead with an IPO in the United States, reportedly against Beijing's wishes.
Also read: How the promise of a $120 billion Uber IPO evaporated
Days after it raised $4.4 billion in New York, Chinese authorities launched a cybersecurity probe into the company, sending its shares plunging.
If confirmed, Didi's fine would be the biggest imposed on a Chinese tech company since Alibaba was told to pay $2.75 billion in April 2021 as punishment for anti-competitive practices.
Didi did not respond immediately to an emailed request for comment.
Its shareholders voted to delist the firm from New York in May.
That move is expected to pave the way for a Hong Kong listing that was reportedly put on hold after China's top internet watchdog told executives their proposals to prevent security and data leaks were insufficient.
China's regulatory crackdown has eased this year as it grapples with the economic fallout from its zero-Covid strategy, with the country struggling to reach its 5.5 percent growth target.
However, there is still a strict regulatory environment for tech firms: President Xi Jinping last month called for stronger oversight and better security in the financial tech arena.
© Agence France-Presse

Tweets by @forbesindia
Meet India's mango man, father of 300 varieties
How AI will democratise strategy for the next industrial revolution