While different reasons were used to restrict these tech giants' activities or to impose fines, there were ideological and political reasons behind the series of regulatory actions 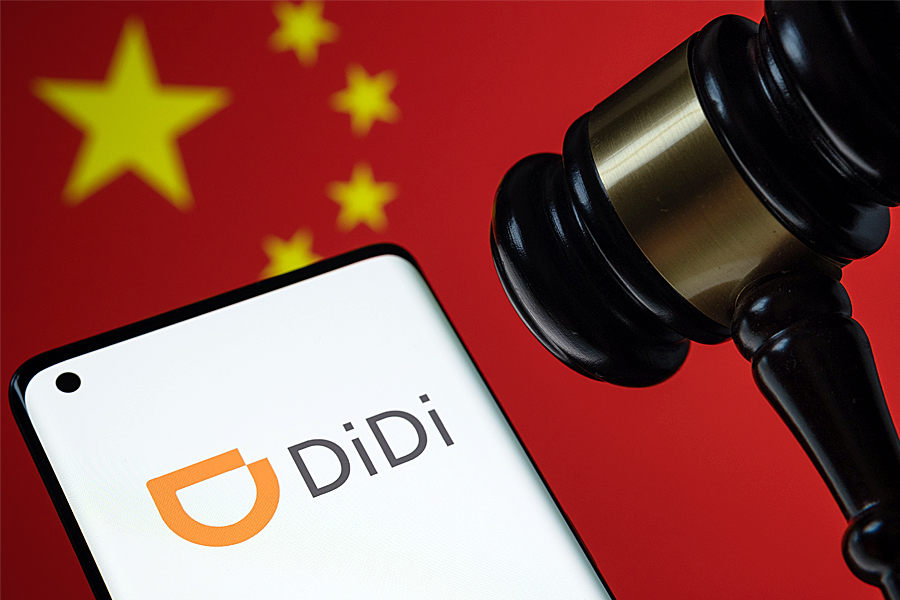 Didi, whose app is still banned in China, lost more than 80% of its IPO value. Image: Shutterstock

On May 18, Tencent, China’s leading social media and video game company, announced its 2022 first-quarter results. This news triggered a selloff of Tencent’s and other tech companies’ shares as the company missed the market expectation of its earnings by 4%. Investors were already expecting poor results, but the revelation of a 51% decline in its profit for shareholders came as a big disappointment. Tencent’s subpar performance re-ignited the debate over whether China’s crackdown on its tech giants was coming to an end.

The clampdown of tech giants in China is commonly regarded to have started in November 2020 when Ant Group, a fintech affiliate of Alibaba (an e-commerce giant), saw its upcoming high-profile initial public offering in Shanghai and Hong Kong suspended by the regulators. In the following year, more tech companies in China became casualties of the regulatory storm. Notable examples include Didi, a leading ride-hailing company in China, which had its app suspended for suspected violation of cybersecurity laws, and Meituan, a major food delivery platform, which became a target of an antitrust probe and was fined more than US$530 million.

It is not surprising that the market has experienced a lot of volatility since the beginning of the crackdown. Alibaba has lost two-thirds of its market capitalization since the end of 2020. Didi, whose app is still banned, lost more than 80% of its IPO value.

Why did China crackdown on its home-grown successful tech firms? While different reasons were used to restrict these tech giants’ activities or to impose fines, there were ideological and political reasons behind the series of regulatory actions. The “common prosperity” campaign, which emphasizes moderate wealth for all and encourages the wealthy to give back more to society, has become a defining theme of many policies after the Chinese President Xi Jinping’s speech in 2021. The remarkable growth of the technology sector in China has exacerbated the problem of wealth inequality. The Chinese government wanted to put a brake on the expansion of the sector, which, according to some, was capturing 30% of China’s GDP. At their peak, Alibaba and Tencent were each worth over US$800 billion in market capitalization, a size that would place them among the top five in the global technology sector. With size comes market power—many tech companies are quasi-monopolies in their respective markets in China. It became a major concern that these companies might squeeze out smaller players and grab too much power, something that always irks the Chinese government. The authorities tightened enforcement of its antitrust laws in 2021, fining a large number of tech firms, including Alibaba, Tencent, Didi, Baidu (an internet search engine), ByteDance (a video-sharing platform), and JD.com (an e-tailer), for abusing their market power and other violations. These enforcement actions sent a strong signal to the tech giants and the market that the Chinese government does not want to see too much power and wealth concentrated in a few hands.

Many platform companies also hold a lot of their customers’ personal data, which raises national security concerns, especially if foreign authorities or entities might gain access to this data. Didi’s app was suspended by China’s cyberspace regulator for suspected illegal collection of users’ personal data four days after its initial public offerings on the New York Stock Exchange (NYSE). It was not a coincidence that the regulatory action took place immediately after Didi’s US listing. It was reported that China’s cybersecurity watchdog had suggested that Didi delay its IPO, but to no avail. Less than a year after the launch of the cybersecurity review, Didi’s shareholders voted for delisting from the NYSE, with the hope that such a move would satisfy the authorities’ demands and have its app relaunched. Other regulatory measures, such as limiting the amount of time children can play video games to three hours a week, may not appear to be directly targeting tech companies, but such a policy severely hampered the domestic gaming revenues of major video game developers such as Tencent. The series of regulatory crackdowns on education and entertainment companies, in addition to the technology sector, were also linked to the common prosperity campaign to close the wealth gap and address social and family welfare issues. The market has sensed a clear signal that the government is willing to suffer significant costs to protect national interests and security, and to exert political control.

Senior Chinese officials hinted a couple of times that the crackdown might have started to ease. For example, it was widely reported that Chinese Vice-Premier Liu He called on regulators in March to adopt a standardized, transparent and predictable approach to overseeing the internet service giant, and pledged support in May for the technology sector, indicating that public listing of tech firms would resume. The market, however, takes a cautious approach, as there are no concrete measures announced or implemented by the regulators. At Tencent’s most recent earnings announcement, its president also said that it would take time for the regulators to act on promises to formulate and enact policies to support the Chinese tech sector, suggesting that growth will not resume in the near future. Going forward, we may see less news on tech crackdowns as the sector has already undergone reforms after recognizing firsthand what the government expects from them. The stricter regulations and enforcements are likely to remain.