A US delisting will still be a setback for these companies, but a dual listing will help in a smooth transition for the investors 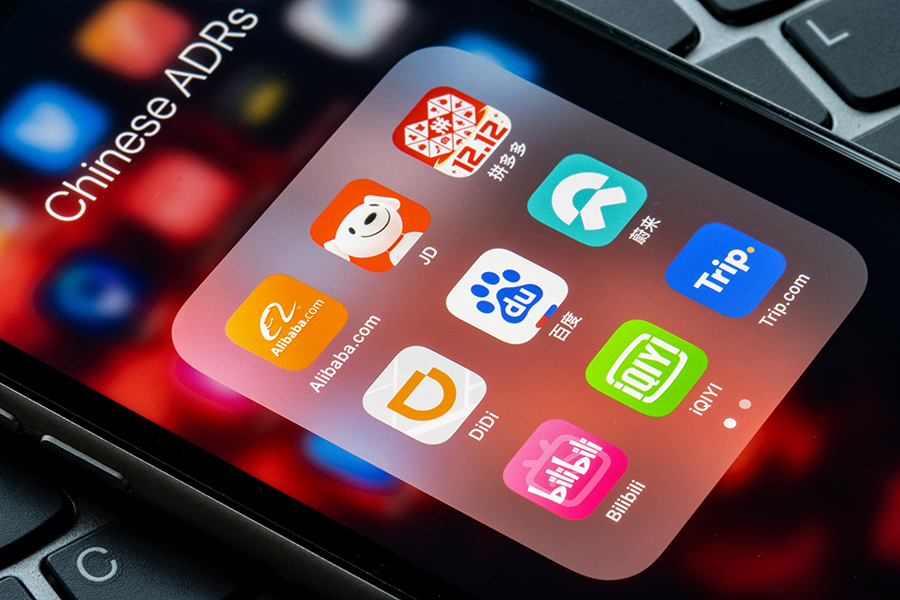 Chinese companies may start getting delisted from the US exchanges in 2024 if the issue of disclosures is not fully resolved by that time Image: Shutterstock

There are around 250 Chinese companies listed on the US exchanges in the form of American Depository Receipts (ADRs) with a total market capitalization close to $2 trillion. This includes big names like Alibaba, Baidu, JD.com, NetEase, Pinduoduo and Yum China.

Why do Chinese companies list on the US exchanges? A US listing attracts a larger pool of investors thereby improving the liquidity of the shares. It also provides more visibility to the company which can help in fundraising in future. Companies from weaker regulatory environments may gain trust of investors and business partners by listing on the US exchanges because they can claim to be following stronger regulations. Some companies may have their own specific reasons. For example, Alibaba first tried to list on the Hong Kong Exchange in 2014. However, the Hong Kong Exchange regulations of that time did not allow dual-class share structure in Alibaba because it was against ‘one share one vote’ principle. As a result, Alibaba decided to list on the New York Stock Exchange (NYSE) in September 2014.

The events surrounding the IPO of Didi brought the concerns of regulators from both countries at the forefront. Didi, a Chinese ride-hailing company, raised $4.4 billion in IPO and listed on the NYSE in June 2021. However, only a few days later, the Chinese regulators suspended the registration of new users on its apps and then banned its apps from all app stores in China due to concerns regarding the security of consumers data. The company’s share price has dropped from its IPO price of $14.00 in June 2021 to $1.48 at the close of trading on 24 May 2022, resulting in huge losses for the investors. It is under investigation from both the US and the Chinese regulators for different reasons. To appease the Chinese regulators, the company has decided to delist its ADRs from the NYSE. On 23 May 2022, it received shareholder approval for the proposed delisting. Meanwhile, the Chinese regulators have created more stringent requirements for Chinese companies seeking to list on a foreign stock exchange if they handle the data of more than one million users.

The “Holding Foreign Companies Accountable Act” passed by the US in December 2020 requires Chinese companies to give access to its audited accounts of non-US operations to the US regulators. In the case of non-compliance for three consecutive years, the Chinese company may be delisted from the US exchanges. Following the passage of the Act, the US Securities and Exchange Commission (SEC) has prepared a list of Chinese firms that face possible expulsion from the US exchanges if they fail to comply with the auditing standards for three years in a row. China initially resisted the demands from the US authorities for more disclosures. However, in April 2022, the China Securities Regulatory Commission (CSRC) decided to amend laws to allow the US listed Chinese companies to disclose more detailed financial information to foreign regulators. Chinese companies may start getting delisted from the US exchanges in 2024 if the issue of disclosures is not fully resolved by that time.

What are the options for the US listed Chinese companies in the current scenario? They would certainly hope that the regulators of the two countries can reach an agreement so that the delisting of their ADRs can be avoided. At the same time, they are also preparing their backup plan which involves secondary listing of their shares on another exchange. The most obvious choice for the secondary listing is the Hong Kong Exchange. A US delisting will still be a setback for these companies, but a dual listing will help in a smooth transition for the investors. Many companies, including Alibaba, JD.com, and Baidu, are already listed in the US as well as Hong Kong. In the event of a US delisting, the investors can easily move to holding equivalent shares in these companies on the Hong Kong Exchange. The case of Didi is more complicated because the company has decided to delist from the NYSE without any immediate plans to list on another exchange.

Do these developments have any implications for the Indian ADRs? Several Indian companies trade on the US exchanges in the form of ADRs, including big names like ICICI Bank, HDFC Bank, Infosys, Wipro, and Tata Motors. However, there is a major difference between the Indian ADRs and the Chinese ADRs. The Indian companies whose ADRs are traded on the US exchanges have their primary listings on the Indian stock exchanges, namely the Bombay Stock Exchange and the National Stock Exchange of India. Only a small fraction of their shares is traded in the form of ADRs. In contrast, ADRs of Chinese companies are generally their primary listings. For example, Alibaba first completed its IPO and listed on the NYSE in 2014. Alibaba completed its secondary listing in Hong Kong in November 2019, but the NYSE remains its major trading venue. The focus of the current US regulatory action is on the Chinese ADRs. There is no risk of delisting for Indian ADRs in the short term. In any case, delisting of ADRs will not have any significant effect on the Indian companies because their shares are traded mainly on the Indian exchanges.