Learnings from a crowded IPO year

The equity and primary markets saw record highs in 2021. While most IPOs fared well, some stumbled. What investor response tells us is that timing an issue is not enough and neither is making losses a deterrent 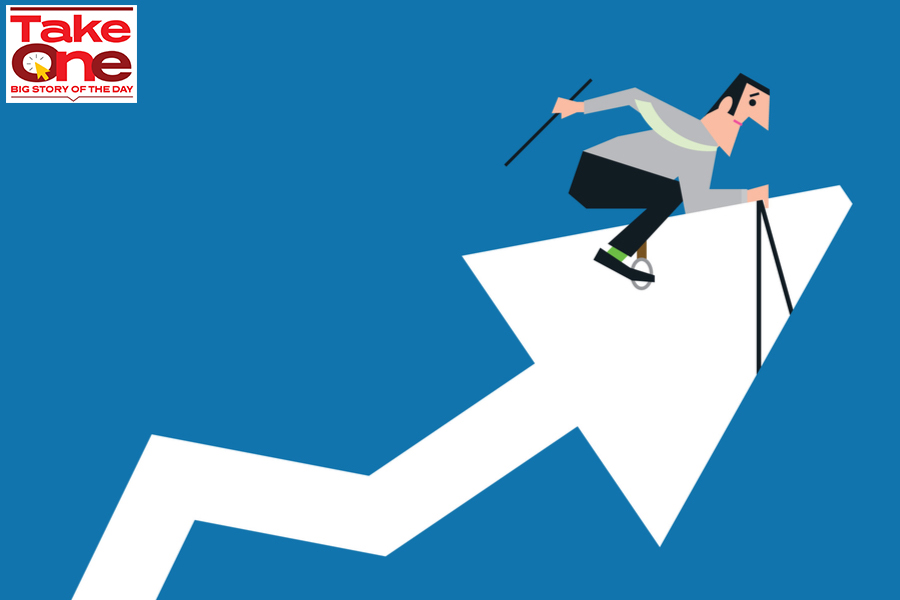 With the year drawing to a close, there is more action expected to emerge in the first quarter of 2022 in the form of the much-awaited IPO from Life Insurance Corporation
Image: Shutterstock
Investors who have pumped in money into listed equities and initial public offerings (IPOs) will look back at 2021 with fondness—they would have seen a 25 percent gain in the Nifty50 and, as per data, a 38 percent return if they had invested in all the IPO offerings. Corporates raised a record amount of capital—in excess of Rs 1 lakh crore  in the year (see table) led by the need to boost working capital or expand business operations. For investors, the secondary markets are buoyant on the hopes of the revival of the economy post-pandemic and excess liquidity. It has led to new investors rushing in to open demat accounts (see table) and not lose out on quick listing gains. 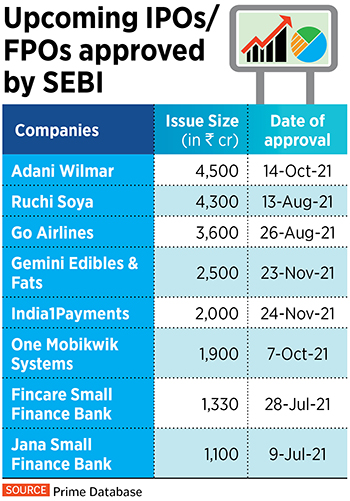 New-age, tech focussed companies such as Zomato, PolicyBazaar, Paytm, Nykaa—applications that people have used every day—became avenues for investments. With the year drawing to a close, there is more action expected to emerge in the first quarter of 2022 in the form of the much-awaited IPO from Life Insurance Corporation. It will also determine trends for other upcoming IPOs. But this year has thrown up some important learnings, for both corporates and investors, which will sustain into the coming year.

There were instances of companies which decided to rationalise the price bands for their issues, probably understanding that investors may not be keen to invest at higher levels. India’s largest private health insurer Star Health, backed by billionaire investor Rakesh Jhunjhunwala, cut the size of its IPO to Rs 6,400 crore from a slated Rs 7,249 crore earlier this month, after it faced an embarrassing investor response. The IPO was priced at Rs 900, but after failing to get fully subscribed, it was forced to extend the time for retail investors to invest and managed to get fully subscribed.

The Star Health stock listed today (December 10th) to a weak response from investors—at a six percent discount to the issue price, at Rs 845 at the NSE. Despite Jhunjhunwala’s presence, the issue and the stock has not been able to garner interest. “Star Health did not show a differentiated business model, health insurance companies have been operating in India for decades. The company was unable to show how it would grow in an existing competitive landscape,” says Sandeep Bhardwaj, CEO (retail broking), at IIFL Securities.

Anand Rathi Wealth, part of the financial services Anand Rathi Group, saw oversubscription of 9.87 times in a slightly uncertain market scenario when fears of the spread of the new Omicron virus were growing. Sources say the issue was initially planned to be for a Rs 900 crore offering at a higher price band of Rs 800, but it was rationalised and lowered to Rs 660 crore in a Rs 530-550 price band which made more sense. The company raised nearly Rs 194 crore from 19 anchor investors. The issue is slated for a launch in the coming days. 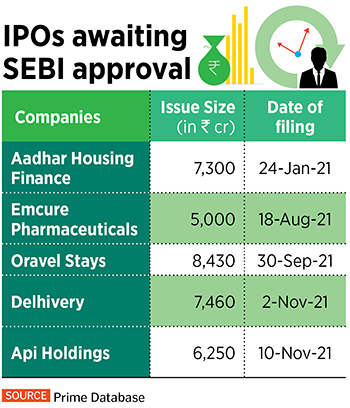 2. Making losses? Not a deterrent factor

In previous years, profitability and the use of capital were critical elements to how investors viewed companies and their IPOs. But this year, IPOs, as seen with Zomato—which is loss-making—have been viewed differently by investors. The online food delivery platform has reported two quarters of losses as a public limited company--Rs 430 crore losses in the September-ended quarter and Rs 356 crore in the June-ended quarter—even as topline growth continued as restaurants opened up further post the second lockdown. “If investors have an understanding of whether the company will be relevant, [and] the business reflects scalability and how it can leverage on technology, it can have a successful IPO,” Bhardwaj added.

What went against Paytm—whose record IPO of Rs 18,300 crore was oversubscribed just 1.89 times and whose stock collapsed over 20 percent on the opening day of trading—was that investors were not convinced about future growth projections and whether they would materialise. “A company will be seen as average if it has a presence across various segments but is not a market leader anywhere,” a strategist with a PMS advisory firm said, declining to be named. The One97 Communications (Paytm) stock remains volatile: It touched a low of Rs 1,271 at the BSE before gaining to a high of Rs 1,796 on November 25, before losing ground again to Rs 1,579 on December 10.

Most of the companies that have come to raise capital and list in 2021 have found comfort in the fact that the timing was right. But getting the timing right might not be good enough. The pricing will need to be right. According to data, of all the 53 offerings which came this year, 28 percent (15 out of the 53 offerings) got a negative listing compared to the offer price, despite the general market buoyancy.

The Paytm and Star Health experiences indicate that pricing is more critical to the impact of the offering. Another critical factor is that retail investors are more likely to invest into an offering in line with how qualified institutional buyers (QIBs) and non-institutional investors (NIIs) have invested into the company. Zomato, whose offering was oversubscribed nearly 39 times, has a QIB subscription of 51.7 times, NII of 33 times and retail of 7.45 times. Similarly for AMI Organics, the QIB portion was subscribed 86.6 times, the NII segment was subscribed 154.8 times and retail 13.3 times, with a total oversubscription of nearly 65 times. Their presence does indicate some amount of validity and this investor behaviour is likely to continue to be seen in future offerings too. 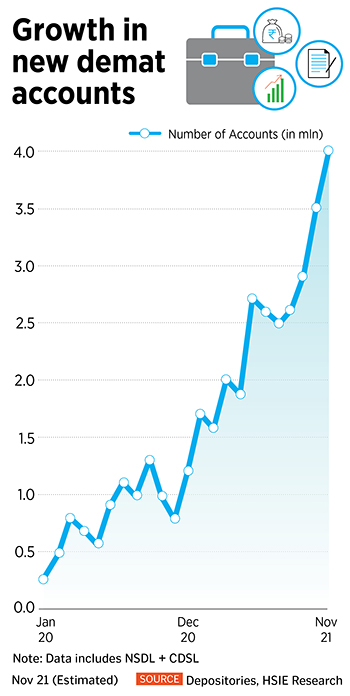 The stock markets saw about two weeks of uncertainty from mid-November to early December, when the markets corrected around 7-8 percent after Paytm-led concerns and rising Omicron variant cases across the globe. Several upcoming IPOs/FPOs have stayed on the sidelines despite getting Sebi approval for their offerings (see table), including Mobikwik.

In some cases companies waited for this narrow window of investor uncertainty to vanish but they might have also chosen to wait until after the upcoming mega LIC IPO, which would be India’s largest ever offering and is slated for the current fiscal.  Milliman Advisors, the consulting actuary which will determine LIC’s embedded value, is likely to submit its report this month.

Pranav Haldea, managing director of Prime Database says: “There must be some companies who would be waiting and not wanting to enter when LIC has crowded the space. But these concerns appear unfounded.” The secondary and primary markets have seen record highs in 2021. “Liquidity is not a concern. If there is a quality offering with a good valuation they will find the money,” Haldea adds. Besides Mobikwik, an eye is on the NSE IPO, which is likely to hit the markets in the calendar year.