After what will be his 349th start in the Abu Dhabi Grand Prix on Sunday, Raikkonen will bow out of Formula 1. This time maybe for good 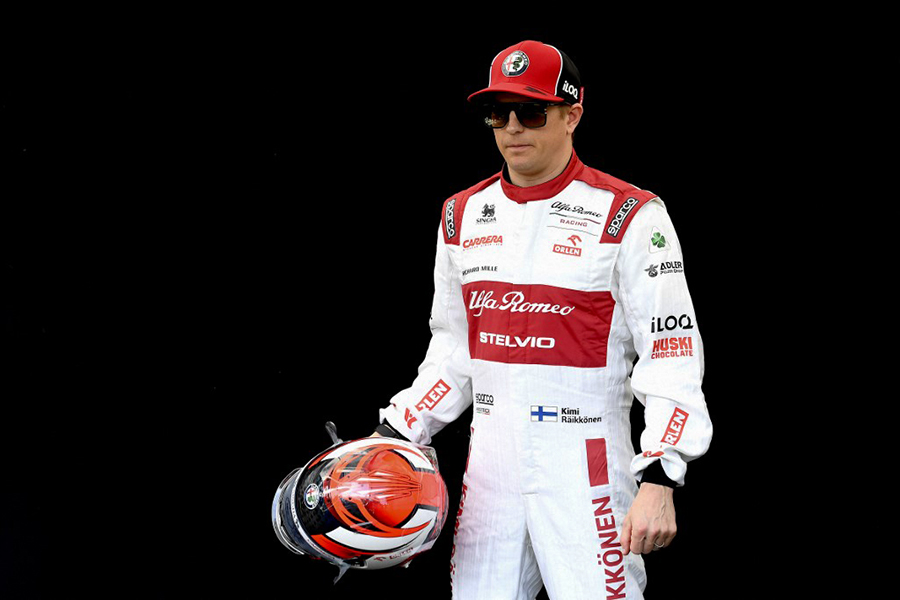 In this file image of Alfa Romeo's Finnish driver Kimi Raikkonen poses for a photo at the Albert Park circuit ahead of the Formula One Australian Grand Prix in Melbourne on March 2020. (Photo by William WEST / AFP)​

For the first time in 20 years, Kimi Raikkonen is about to have the freedom to do what he wants with his life.
Over the past two decades, Raikkonen of Finland has devoted himself to Formula One. Even during a two-year hiatus from the series in 2010-11 after leaving Ferrari, he never switched off from motor sports.
Raikkonen competed in the World Rally Championship and raced in the NASCAR Camping World Truck Series and the NASCAR Nationwide Series, now the NASCAR Xfinity Series.
But since 2001, F1 has dominated. After what will be his 349th start in the Abu Dhabi Grand Prix on Sunday, Raikkonen bows out. This time maybe for good.

“I was two years away, but over the years I’ve thought about stopping many times,” said Raikkonen, 42. “Now I want to have more time at home with the kids; they grow up quickly.
“I want to do more things with the family. We’ve not really had the opportunity to live as a family because of my schedule. That changed everything.”
Raikkonen has two children, Robin, 6, and Rianna, 4. They have changed his perspective on life.
“You know kids, from when they’re 2 years old they start doing a lot of things,” Raikkonen said. “Robin is in the first class in school, so it’s all different now. It doesn’t feel like six years ago when he was born.
“It’s been hard to be away a lot, and it’s not the nicest thing for them, but on the other hand, it’s all they’ve known.”
Raikkonen started racing in F1 in 2001 with Sauber, joining McLaren the following year for five seasons before moving to Ferrari in 2007 when he won his only world title.
He joined Lotus in 2012 and then did a second spell with Ferrari for five seasons from 2014.
For the past three years, he has driven for Alfa Romeo, where he has struggled to score points. “I’ve enjoyed the racing, the driving, solving the issues that we come across,” Raikkonen said. “The rest, I never enjoyed it, but that’s part of F1. Obviously, there have been good days and bad days, but it’s the same in normal life.”
He has played to his Iceman nickname over the years — cool on the track under pressure, cold in interviews off it, although he has thawed over time and become more personable.
Sebastian Vettel, a four-time champion who was Raikkonen’s teammate for four years with Ferrari from 2015-18, said he would be missed.
“He is a true character, and I enjoyed the time that I had with him as a teammate,” Vettel said. “I got to know him before then, and he is probably one of the very few drivers I have met that from day one until the present day hasn’t changed.
“He has always been very open. I don’t think you can have an argument or a problem with Kimi. If you do, the problem is not him, the problem is you. He is a great person.”
Fernando Alonso, who started in F1 the same year as Raikkonen, said his honesty was an appealing part of his character.
“He maybe has this mask of being cold, of being the Iceman, but there is a very good person inside that you meet from time to time outside of the circuits,” Alonso, a two-time champion, said.
“We have met in airports, restaurants, and Kimi is a different person. He has been outstanding for Formula One, and he will be missed because he has his own character, and he was different.”
So what next for Raikkonen? At this stage, he does not know, and he likes it that way.
“I don’t have any plans,” Raikkonen said. “I’ll do normal things and see what comes up. If it’s something interesting then maybe I’ll do something.
“I don’t want to make plans because right now I have the freedom to do things with the family.”
But have we seen the last of him on a track? Maybe not. He said, “I’m always open to listen if it’s something that makes sense.”

Tweets by @forbesindia
Customer may be king in retail, but knowing your customer is key to staying relevant
Learnings from a crowded IPO year