The Mumbai driver who has made it to the Red Bull Junior Academy, is eyeing a Formula 1 seat in 2022. But it will take more than just fast wheels 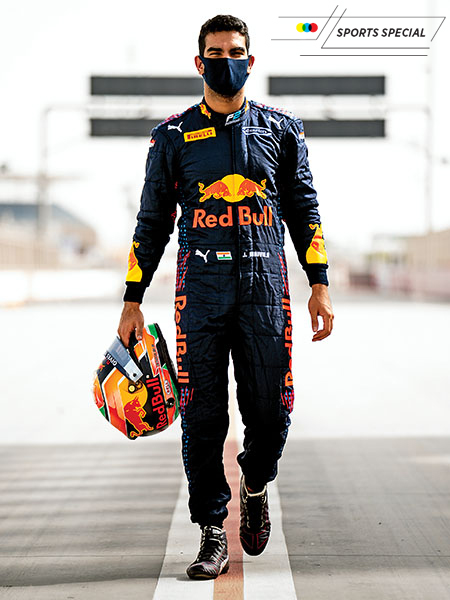 Looking at the current race to win the Formula 2 Driver's Championship, nobody can fault novice Indian motorsports fans for dreaming of watching Jehan Daruvala in a Red Bull Racing or Alpha Tauri car next season.

The 2021 Formula 2 season has started on a good note for the 23-year-old from Mumbai. During the pre-season break, he squeezed in a few podiums and wins at the F3 Asian Championship in Abu Dhabi earlier this year, racing for Mumbai Falcons India Racing Ltd. Back in Formula 2, he was once again on the podiums at the Bahrain Grand Prix and Azerbaijan Grand Prix this year.

“It’s been quite a positive start to my campaign. Obviously, Bahrain was pretty good; then Monaco was a difficult weekend, just for us [Carlin] together. Didn’t really score any points. So to bounce back in Baku, it felt good, and it was necessary to keep the championship fight alive,” says Daruvala. “I’m less than a win away from the championship lead. Also the coming tracks—Silverstone, Monza, Sochi—are the ones I really like. I’m looking forward to it, and I’m positive that we can be on the podium again.”

If only the road ahead was as dull as doing rounds of the Circuit Paul Ricard of the French Grand Prix. Daruvala’s path to getting a Formula 1 seat is as tricky as navigating the ‘Eau Rouge’ corner of Circuit de Spa-Francorchamps of the Belgian Grand Prix—his favourite place to race.

Daruvala is on a tried and tested trajectory when it comes to levelling up in Formula racing. His karting career is peppered with many firsts, including being the only Indian to win the MSA Super-1 British Karting Championship in 2013. As he progressed to single-seater races, he once again was the only Indian to win the New Zealand Grand Prix in 2017. Even though it is one of only two Grand Prix races outside of Formula 1, Circuit Chris Amon in Manfeild has seen Formula 1 legends such as Jackie Stewart and Sterling Moss, and fresh faces such as Lance Stroll and Lando Norris lift winning trophies.

Daruvala is on a tried and tested trajectory. his karting career is peppered with many firsts: he was the only indian to win the msa super-1 british championship

The big leagues
Daruvala joined Carlin, the UK-based motor racing team led by Trevor Carlin, in 2017, announcing his arrival at the European Formula 3 Championship. Consistency plays a large part in motor racing as it helps drivers familiarise with the cars and puts them on the radar of the drivers’ market. For example, seven-time world champion Lewis Hamilton has spent the last six years with the Mercedes-AMG Petronas F1 Team.

India’s first-ever Formula 1 driver, Narain Karthikeyan, had also raced for Carlin before joining the Jordan team in 2005. “Carlin is an established team. They had a lot of success over the last two decades. I brought their first Formula win internationally in 1999. We grew together. So India and Carlin have a long connection. I am happy to see Jehan going through there. He is in good hands for sure. It is a good environment for him to get better and better,” he says.

Daruvala agrees that staying with the same team has helped him. There was a period of separation when he drove for Italian team Prema Powerteam for the FIA Formula 3 Championship. With them, Daruvala scored seven podiums and maintained the second position throughout the season in 2019. This feat put him on the radar of the Red Bull Junior Team, who signed him in February 2020. 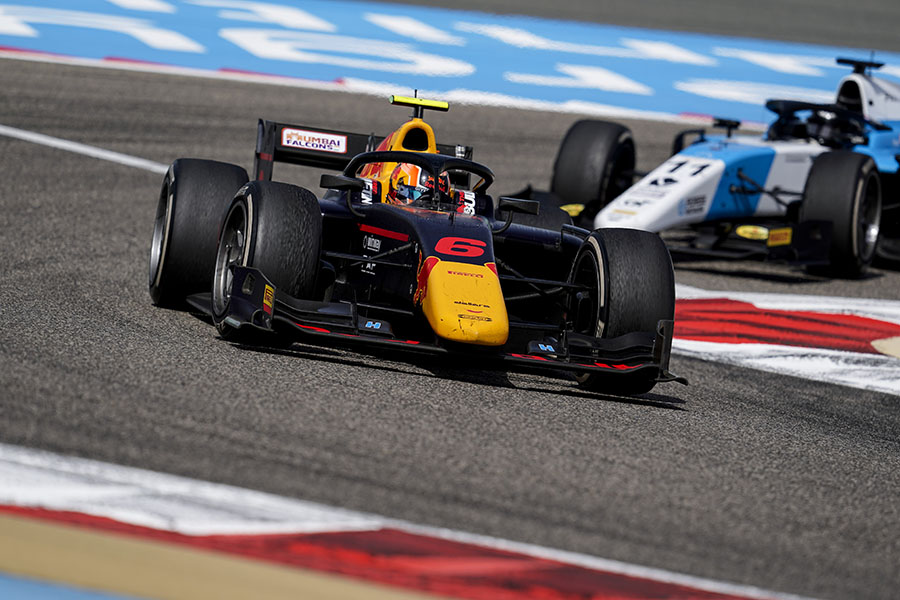 In his first season of Formula 2, Daruvala didn’t get the start he wanted, but ended on the podium at the Sakhir Grand Prix weekend inDecember 2020. He became the first Indian to win a Formula 2 race

The junior team
Run by Helmut Marko, the Red Bull Junior Team is a driver development programme that has given some stellar drivers to the sport. The list includes Karthikeyan, Sebastian Vettel and Daniel Ricciardo, and hot favourites of the current grid Max Verstappen and Pierre Gasly.

Surviving the academy is not easy, and the pressure to perform is omnipresent. Their main racing team, led by Christian Horner, has won four Constructor's Championships and Driver's Championships in Formula 1 and is hungry to end the Mercedes reign of the past six years. For that, they need drivers who will live up to the challenge.

“Driving for Red Bull is always a good opportunity. But there is the added pressure. The two other junior drivers—Juri Vips and Liam Lawson—are on the radar [of Red Bull]. Jehan needs to get onto that radar—whether it’s Marko or whoever the other decision-makers are. The only way to do that is to be ahead of these two juniors who are also embedded in the Red Bull system and are performing at a very high level right now,” says Karthikeyan.

Daruvala understands the big ask, but is also enjoying his time with the Red Bull Junior Team. “That’s been very good. Especially because I’ve been given an opportunity to chase my dream, which is to go to Formula 1. Without them, or the backing of the Formula 1 team, it’s practically impossible nowadays. I’ve been given the opportunity and now it’s up to me to deliver.”

In his first season of Formula 2, Daruvala didn’t get the start he wanted. His car was giving him trouble and he only managed to score three points in the first seven rounds. He shifted gears from the race in Monza (September 2020) and stopped only on the podium at the Sakhir Grand Prix weekend in December 2020. He became the first Indian to win a Formula 2 race.

The car doesn't seem to be giving a lot of trouble anymore.

“I think our package is competitive. As a team, we are very strong. Even more confident going into the coming rounds. We can deliver even better results. Both our cars are fast and I'm confident of doing well,” believes Daruvala.

He is acutely aware of the competition in Formula 2 and intends to use that as fuel to score better. “In F3, you have two or three teams that are right at the top. In F2, there are six or seven teams who are all very competitive and have very good drivers. That’s what makes it very hard to win races and be on the podium. That’s why over the haul of the season, it’s more important to consistently be in the top five, and take wins and podiums. The most important thing is to be consistent.”

What will it take?
According to Marko, Daruvala needs to win the championship in 2021. In a media interaction after Daruvala’s podium in Bahrain this year, he said that it doesn't guarantee a Formula 1 seat, but at this stage, everything is related to performance.

Karthikeyan, on the other hand, believes that the matter is a bit more complex than just giving a consistent performance. “Apart from Red Bull, there are other teams as well, but you need financial backing. You need a lot of luck on your side. It’s not as straightforward as getting into one of the Red Bull teams for sure,” he says.

“Right now there are billionaire fathers who have bought teams; you are competing against them. Lance Stroll’s father bought a team and Nikita Mazepin’s too. Few others are well-funded, like Sergio Perez who is completely backed by Carlos Slim. It is an expensive sport and backing is critical. You are talking about over $20 million at least these days to buy a ride in Formula 1. You need speed, talent, and backing. That’s the way it has been.”

Tweets by @forbesindia
Sports and mental health: When trophies and fame are lined with silent, dark struggles
'Who are our enemies?' China's bitter youths embrace Mao