Armed with lessons from other sports leagues, motor racing makes a comeback in India 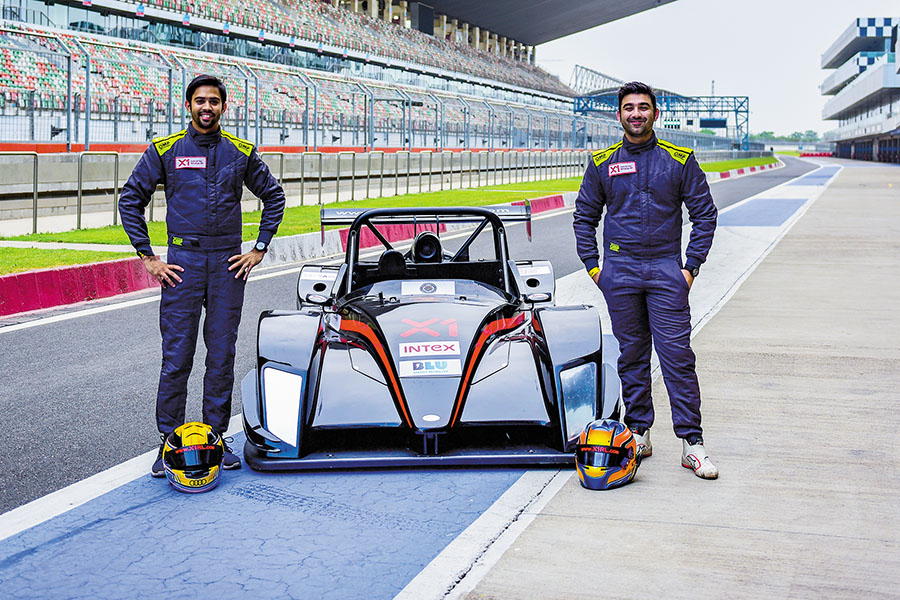 Six years since the Indian Grand Prix, the Formula One race held at the Buddh International Circuit (BIC) in Noida, spluttered to a halt, a new league is trying to revive interest in the niche sport of motor racing in India. With backing from companies like JK Tyres and OnePlus, the experience of two drivers behind the wheels of administration, and lessons from multiple sporting leagues in the country, X1 Racing League is treading into relatively uncharted territory.

Race drivers Aditya Patel and Armaan Ebrahim used their time from their travels through the Asian circuits—10-hour flights, bored mornings in hotels—to put together an idea that’s nearing fruition soon. On November 30 and December 1 in Delhi and December 7-8 in Chennai, the six-team league with a proclaimed unique concept will try to do what F1 could not: Sustain.

Stakeholders—the twin driving force, sponsors and team owners—are already talking about seven- to 10-year commitments to the cause. Patel and Ebrahim have added ancillary aspects to the race, with an esports vertical—more as a marketing tool—and speed summits, where company top honchos and celebrities get to experience race cars. They are thinking of carnival-like atmospheres, with food festivals, music concerts and PlayStation consoles for those who may not want to only see a “bunch of cars go round and round”.

The drivers include names like former F1 champion Niki Lauda’s son Mathias, and F1 winner James Hunt’s son Freddie. There are Indian and international drivers, men and women, some intriguing—bordering on confusing—rules, and the promise of taking it to the masses.

Each of the six teams will have four drivers and two identical cars, with three races each on Saturday and Sunday. A practice session in the morning will be followed by a qualifying round and the race, with each race lasting 30 minutes. 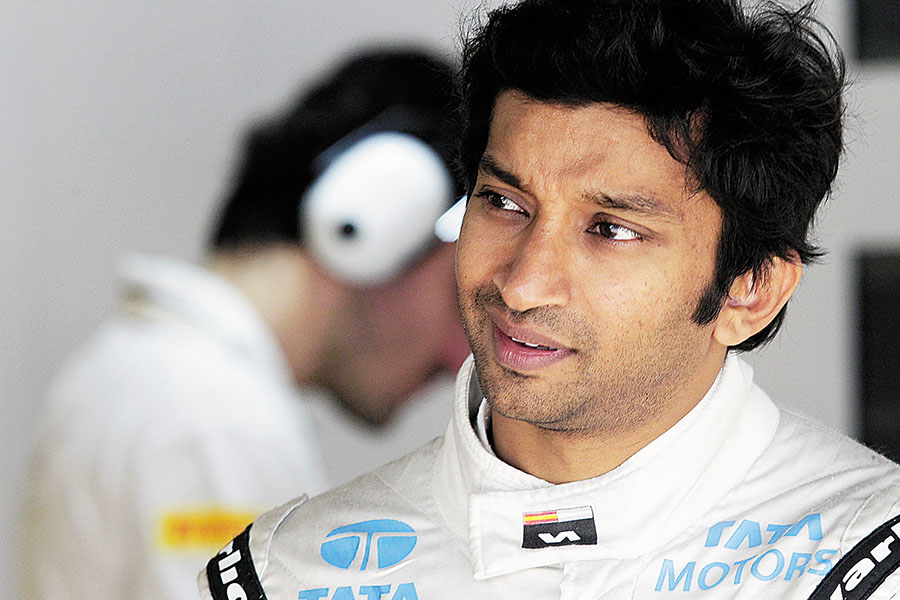 The three main sources of revenue would be franchise fees, sponsorships and media rights. Franchises have committed $10 million (₹65-67 crore) over 10 years. The organisers have a ₹25-crore annual budget for production and execution. The league would be centrally operated, with some contributions from gate receipts, merchandising, etc.

“We don’t want the teams to spend on the R&D of the cars, which is why they are homogeneous. We need to cap expenses and operate within those budgets,” says Abhinandan Balasubramanian, a partner in X1 Racing.

“Sports, in general, has a long gestation period, and given X1 is building motor sport from scratch in India, there needs to be a five-to seven-year period to build a fan base,” says Burman. “So, we are looking at seven- to 10-year return-on-investment period. As a venture this is high-risk, high-returns.” Burman is the co-owner of IPL team Kings XI Punjab, and has owned teams in Hockey League India and the Premier Badminton League.

Road bumps ahead
But despite the enthusiasm, the promised street-racing concept that made X1 so interesting has already been postponed. Street racing would have seen the races being held on city streets—like in F1 races in Singapore and Monaco—rather than on tracks or in a stadium. The costs would have been prohibitive, Patel says, although permissions from the Federation of Motor Sports Clubs of India (FMSCI) and the state agencies are in hand.

X1 wants to get its format and concept right, before switching gears to other venues, city streets and more teams. “You don’t throw all eggs in the basket in the first year,” says Ebrahim. “You know how expensive it is. We don’t want to be a flash in the pan.” 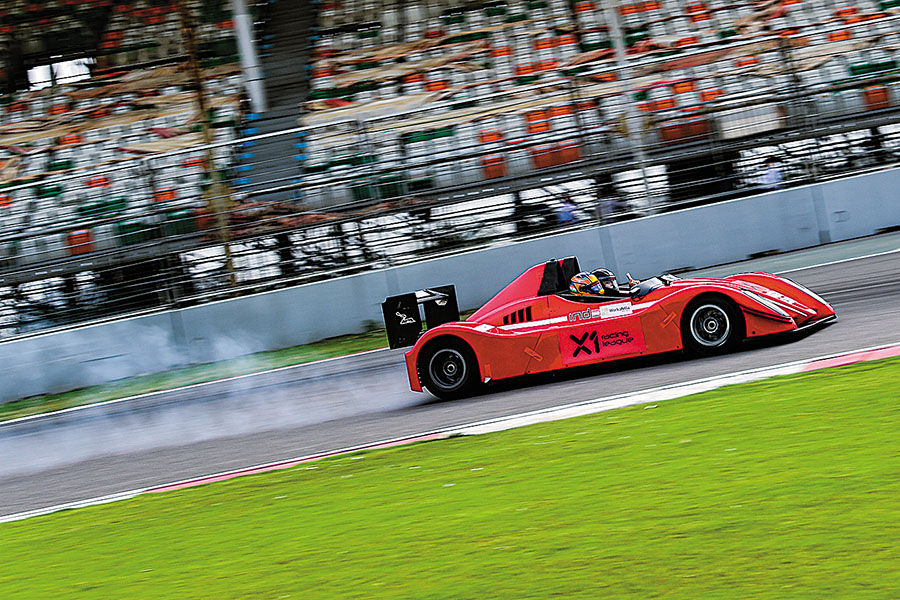 Investors are looking at X1 racing as a long-term prospect with a five-to seven-year gestation period
Expansion plans include considering a few new tracks that are coming up in India, Patel says, besides the ones they will use this year at the BIC and Madras Motor Race Track in Chennai. Motor racing requires space, which is never easy in metros. To organise a race event over a weekend in either of the venues, with marshals, medical facilities, recovery crew, time-keepers, fire-fighters, security and track hire would cost approximately ₹85 lakh to ₹1 crore.

Although television audiences play a big role in attracting sponsorship and ad revenues for any sports, X1 organisers are yet to announce a broadcast partner. F1, the premier motor sport event in the world, has traditionally had a small TV audience in India, while rallying and racing got some TV time a few years ago, restricted to delayed half-hour capsules on DD Sports. Telecast has since gone down substantially, though there is some amount of live streaming on the internet. “The problem in our country is, will racing ever attract TV and audience? The Indian Premier League [IPL] and others survive on TV rights,” says Zayn Khan, former president of FMSCI.

Teams from the IPL, the playbook for all sports leagues in India, also make money on ticket sales, playing off city-based fan loyalties. But while X1 has city-based teams, races will currently be held in only two locations.

Though Ravi Krishnan, X1’s non-executive chairman, believes pitting anything against the IPL is like comparing a crack in the wall to the Grand Canyon. Reminisces former racer Vicky Chandhok, whose son Karun was India’s second driver in F1, “When we raced on an unused airfield in Sholavaram [Tamil Nadu] prior to 1989, 70,000 people used to watch. Today, whether we run in BIC or Madras, we don’t get seven mosquitoes. Nobody wants to make the attempt to watch not-so-fast cars on Indian tracks when you can watch a live stream [of a race].”

Chandhok, who represents Madras Motor Sports Club and is part of the FMSCI council, was instrumental in bringing F1 to India. But he bemoans the treatment those races got, with a litany of tax demands and bureaucratic obstacles that eventually killed it.

Down to the machinery
One of the problems X1 has tried to solve, as mentioned by Patel, is to have the same cars for all teams. Developed in Europe, in partnership with carbon fibre component manufacturer Italy-based HP Composites, among others, the car will be an “ancillary product”, i.e. secondary to the drivers. The X1 prototype brakes at 170 bhp, has a carbon monocoque chassis, a six-speed sequential gear box, parallel shift and weighs 140 kg.

“We don’t want to bring something that someone can get used to instantly,” says Ebrahim, whose father Akbar is in the FMSCI council. “We minimise the chance of setting up [modifying and enhancing] cars, to keep everything equal—only allowing for checking tyre pressure, etc. Instead of changing tyres, we change drivers. Our league is not focussed on equipment—next year, we might use a different one. Format is the key. We focus on drivers and teams because something had to change, right?” Abhinandan adds that they are avoiding the F1 scenario, where individual teams can enhance their cars,  so that “the competition is down to drivers’ ability and team work”.

X1 is not claiming to bring the best drivers in the world, but is looking at esports to gain fans instead. “We are not saying the talent of the driver is not necessary, but when building from scratch, even if you could bring Lewis Hamilton, it would not go from $10 million to $100 million valuation. We have drivers who bring value,” adds Abhinandan.

India is believed to be among the top four countries in the world in the participation of esports, with over 150 million players, according to a few estimates. The online gaming industry in the country is a $1 billion opportunity, with 310 million online gamers by 2021, according to a 2017 study by KPMG and Google.

X1 Racing esport kicked off in Mumbai in October, where it set up gaming consoles in malls and colleges, where participants could play for free. The winners will get cash rewards, a chance to get behind the wheels of an actual car, and be mentored by professional drivers. Further events are planned in Chennai, Pune, Hyderabad, Ahmedabad and Delhi.

“Integrating esports with motor sport and giving opportunities to the wider audience to participate is a first in this ecosystem,” says Burman. “We are well-positioned to be placed in the top three to five leagues in the country within the next five years. We can then aim to build a world-class property that can compete globally.”

X1’s biggest advantage, most people agree, is that two active racers are part of its organising team. If the league were able to pull it off, beyond its initial seasons and despite its challenges, it would be a validation that sportsmen sometimes need to get into the driver’s seat themselves.
Till then, as Moid Tungekar, who represents Ameet Ghadoke, the owner of the Pune franchise, says, “We have a blank canvas to do whatever we like.”

Tweets by @forbes_india
Five common communication mistakes (And how to fix them)
'Europeans are going through existential crises': Waswo X. Waswo