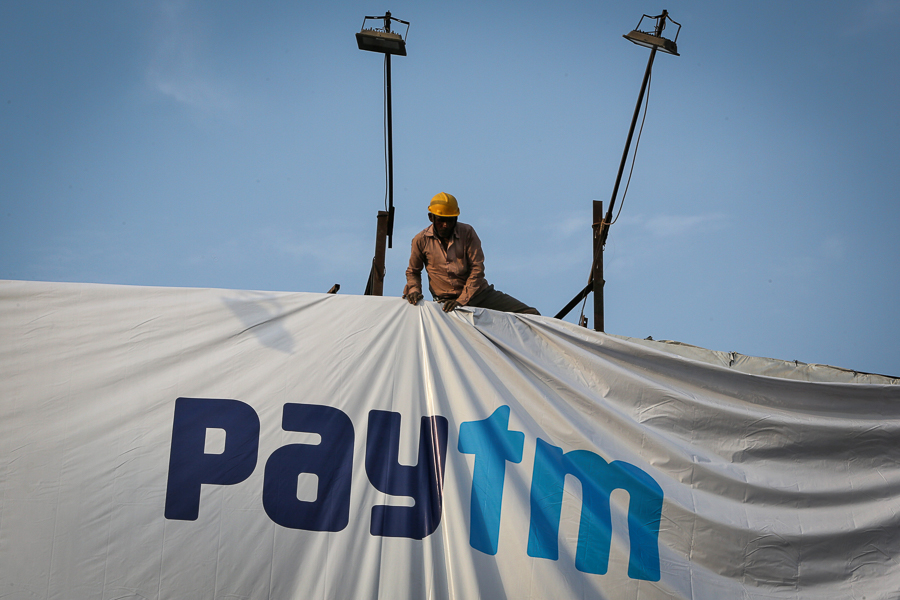 A year into the IPO boom, market watchers were clear that the Paytm public listing would see no pop on day 1. The issue was scraped through with just 1.86 times subscription. The grey market premium for unlisted shares was non-existent—a mere Rs20 on an offer price of Rs2080-2150. Clearly, investors were unwilling to pay a premium for a company that had yet to demonstrate the viability of its business model.

No surprises then that the stock of its parent One 97 Communications opened at a discount and quickly slid 20 percent shaving off about Rs35,000 crore from its market cap to Rs101,000 lakh crore. Buyers were few and far between as selling pressure sustained through the day. It ended the day at Rs589, down 27 percent.

It is too soon to say whether the Paytm listing fiasco could puncture the rally in the primary market. This marks the first time when investors have been circumspect about what is on offer and are unwilling to buy into future growth projections that may or may not materialise. Expensive valuations even when measured by new-age metrics like price to sales have been rejected. “The company is overvalued at 26 times price to sales when compared to global peers of 0.3-0.5 times price to sales,” said Manoj Dalmia, founder and director, Proficient Equities.

Paytm’s issue lies in its inability to demonstrate the cash flow to sustain its valuation. Its mainstay in the payments space was until 2016 a viable business as it had the promise of bringing in revenue per transaction. Globally, Visa and Mastercard, and in China Alipay, had made viable businesses in the payments space. Users had their wallets, and since there was no interoperability, the user base was sticky.

The model was punctured in April 2016 when the Reserve Bank of India launched the United Payments Interface, a smartphone application that allows from the direct transfer of money between bank accounts. The service was free and suddenly the unit economics of Paytm as well as other payment companies like GPay and PhonePe vanished overnight. Since then, Paytm has tried a host of pivots to use its customer base to sell everything from mobile phones to insurance products and mutual funds to plane tickets. The market is unsure how much money these new businesses can generate.

In a sharp critique, a research note by Macquarie released an hour before Paytm’s listing questioned its valuation, its ability to garner a substantial market share in any of the businesses it operates in, and its ability to get a banking licence given its substantial ownership by Chinese entities. The report pointed to ‘the company having its finger in too many pies with competition driving down unit economics.’

It is a view echoed by several research houses. “There is a lot of competition from large players in most of the segments that Paytm does (sic). … Because of competition and regulatory pressures on bringing down the costs for investors, market participants are sceptical on how much scalability can be seen from cross selling of products,” said Ruchit Jain, head of research at 5paisa.com, a brokerage.

In the absence of a banking licence, Paytm has been unable to monetise its base of 27 million [2.7 crore] merchants. While they accept payments with a Paytm QR code, the company makes no money at times due to a zero percent merchant discount rate.

The company is able to lend to consumers and has disbursed 6.9 million [69 lakh] loans till date. Macquarie has estimated that a total of Rs2500 crore has been lent to consumers with Paytm’s take rate at 3 percent. A host of other platforms like wealth management, ticketing, gaming, credit cards are sub scale. As a result, it is unlikely the business will generate positive free cash flow by FY30.

For now, it is unlikely that Paytm’s valuation tumble will reflect on other technology listings. Zomato, Policybazaar and Nykaa have all performed well since listing with investors willing to look past this period of low or negative profitability. But there too, business projections run into 20 years and it is anyone’s guess how these will play out.

If the worst case scenario is to be believed, Paytm’s shares could continue to disappoint, with Macquarie projecting a 44 percent downside to Rs1,200. A bear case scenario takes them to as low as Rs560 a share. The only joker in the pack is if a small fee of say 10 paisa is to be levied per transaction. The valuation then jumps to Rs2,900.  ​

Tweets by @forbesindia
How the global appetite for leather seats in luxury SUVs is worsening deforestation in the Amazon
Investors hung their hats on Peloton and Zoom last year. What now?