It is too early to say if Paytm will take the wind out of the existing IPO rally, but the expensive valuations of the digital payments platform and it's ability to gain market share in the businesses it operates in have been questioned by analysts and investors 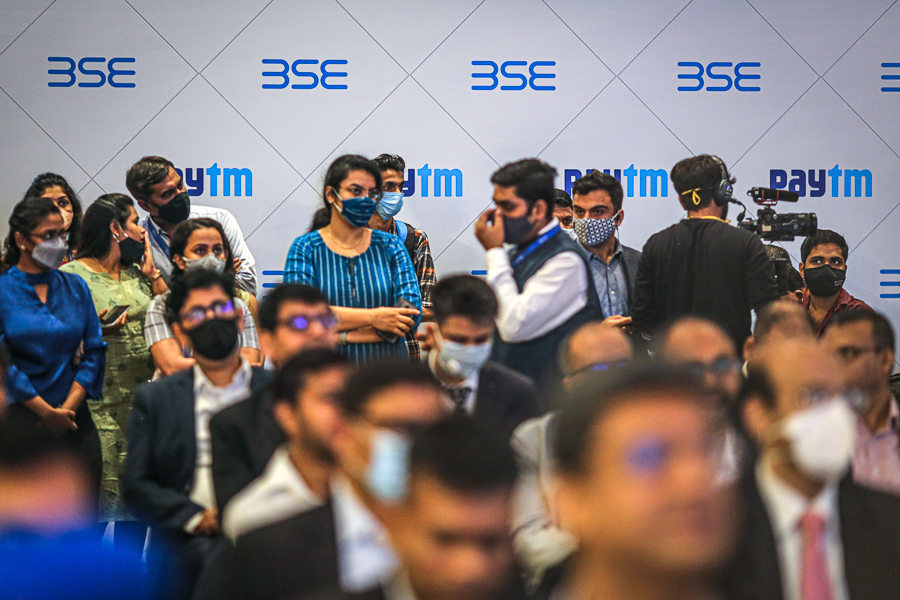 It is too early to say whether Paytm will take the wind out of the existing IPO rally
Image: Dhiraj Singh/Bloomberg via Getty Images

Paytm has shaken up the stock markets, but not in the way its founder and CEO Vijay Shekhar Sharma might have visualised.
Its parent One97 Communications, which launched India’s biggest initial public offering of $2.46 billion, has seen the Paytm stock collapse to Rs 1,360.3 on Monday, down by 30.4 percent from its listing price of Rs 1,955 on November 18. This has meant an erosion of its market cap to Rs 88,184 crore, well below its IPO valuation of Rs 1.50 lakh crore ($20 billion).It is too early to say whether Paytm will take the wind out of the existing IPO rally, which has helped rally the stock markets 22 percent in 2021. Paytm’s expensive valuations and its ability to gain market share in the businesses it operates in have been questioned by analysts and investors. But the stock, in its brief trading history, has already outpaced some of India’s established mid-sized banks, such as IndusInd Bank and IDBI Bank, in its market cap, and stands close to SBI Cards. The private banks HDFC Bank and ICICI Bank, besides Bajaj group’s financial services giants Bajaj Finserv and Bajaj Finance, continue to lead the table. 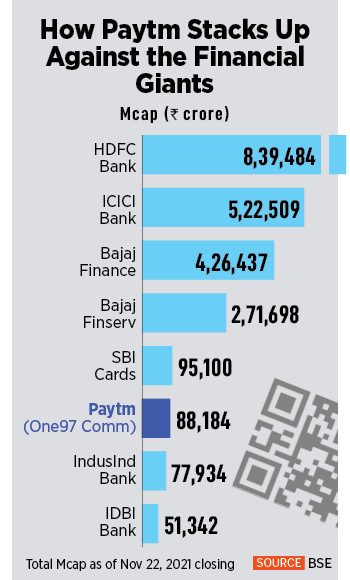