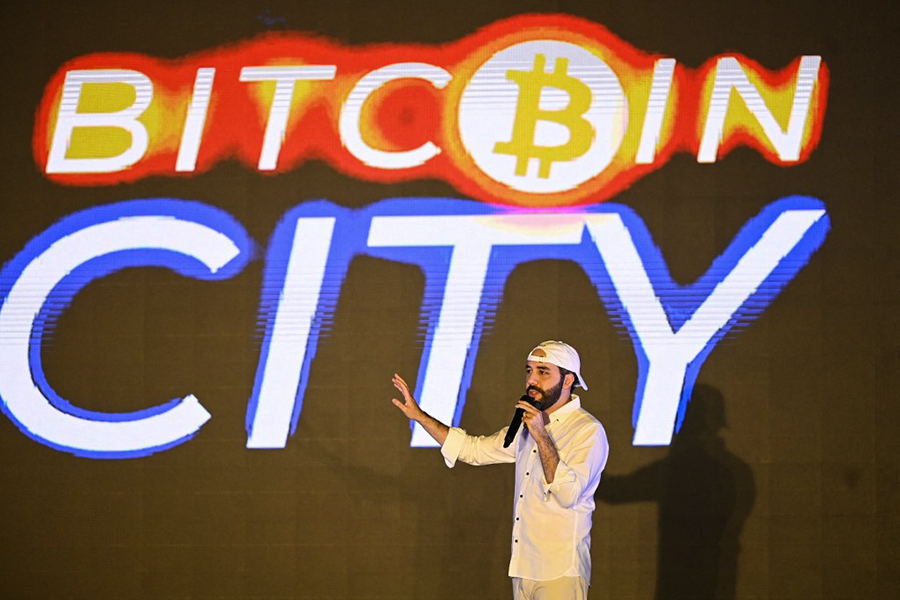 El Salvador, which has used the US dollar for two decades, was the first country in the world to legalize bitcoin as legal tender.

Bukele said the Conchagua volcano "will power the whole city and will also power the mining."

Bitcoin mining is the process by which new bitcoin is created using computers that solve complex mathematical problems—a process which demands huge amounts of energy.

In El Salvador, some of that energy comes from a geothermal plant fed by the Tecapa volcano.

Bukele said the city would initially be powered by the Tecapa plant before his government builds a new geothermal plant powered by Conchagua.

"Zero Co2 emissions. This is a fully ecological city," Bukele told the crowd.

To fund the project, El Salvador will issue $1 billion "bitcoin bonds" in 2022, according to Samson Mow, chief strategy officer of Blockstream, a blockchain tech provider.

On stage with Bukele, Mow said half of "volcano bonds" would be invested in bitcoin, and the other half in infrastructure.

"El Salvador will be the financial center of the world," Mow said.

No timeline was given for Bitcoin City's construction.