Bitcoin preaches financial liberty. A strongman is testing that promise

In June, El Salvador's 40-year-old, populist president, Nayib Bukele, announced that he would make bitcoin the national currency, on a par with the current legal tender, the US dollar 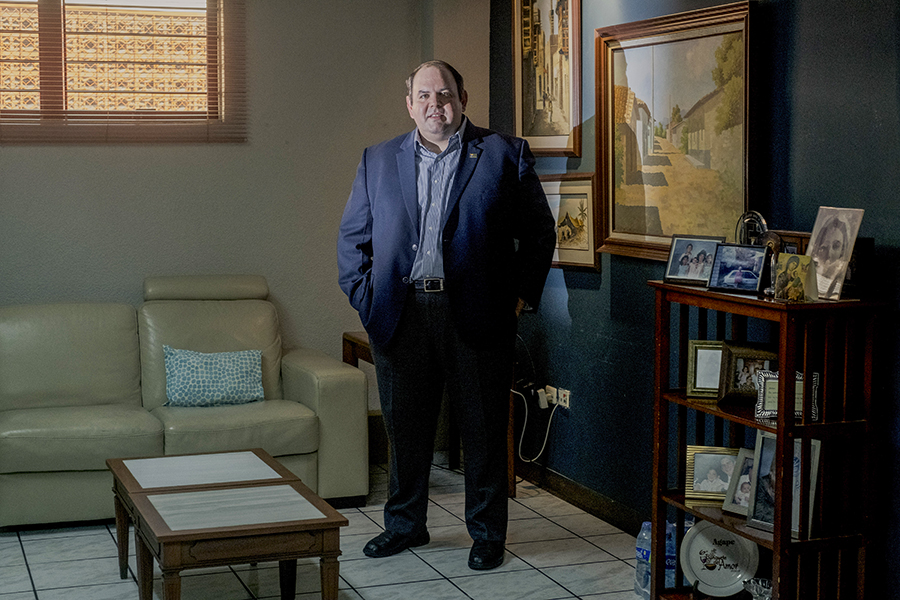 Jorge Andres Hasbun, head of El Salvador's chamber of commerce, at his office in San Salvador, El Salvador, Sept. 28, 2021. He said the way to foster cryptocurrency use was not "by forcing everyone to use it." (Fred Ramos/The New York Times)

SAN MIGUEL, El Salvador — Bitcoin’s proponents dream of a financial system largely free of government meddling. But the first time that cryptocurrency became a national currency, it was imposed on an unwilling population by an increasingly authoritarian ruler using a secretive state-run system.
The surprising announcement last month that El Salvador had adopted bitcoin, the world’s largest cryptocurrency, as legal tender caught its population by surprise, and made the poor, conservative Central American nation an unlikely bellwether of a global technological transformation.
The outcome of the uncharted experiment could help determine whether cryptocurrency delivers the freedom from regulation that its proponents envision — or whether it becomes another tool of control and enrichment for autocrats and corporations.
“We’re now at a turning point in cryptocurrency,” said Lane Rettig, an entrepreneur and former senior programmer at the Ethereum Foundation, an organization that supports the technologies behind Ethereum, the world’s second-largest cryptocurrency. “The same technology of freedom could become part of a new technological dystopia.”
The threat of government and corporate subversion of cryptocurrency’s libertarian roots echoes, in part, the evolution of digital technologies such as the internet and social media, Rettig said. Built on the democratic premise of liberating information and connecting people, these innovations have proved vulnerable to censorship, manipulation by propagandists, and control by profit-driven corporations, he said.
And now, after years of largely ignoring cryptocurrencies, governments around the world are scrambling to respond to the mushrooming $2 trillion industry as it begins to disrupt banking and seep into everyday lives.