Bitcoin uses more electricity than many countries. How is that possible?

The process of creating Bitcoin consumes around 96 terawatt-hours of electricity annually, more than is used by the Philippines, a nation of about 110 million 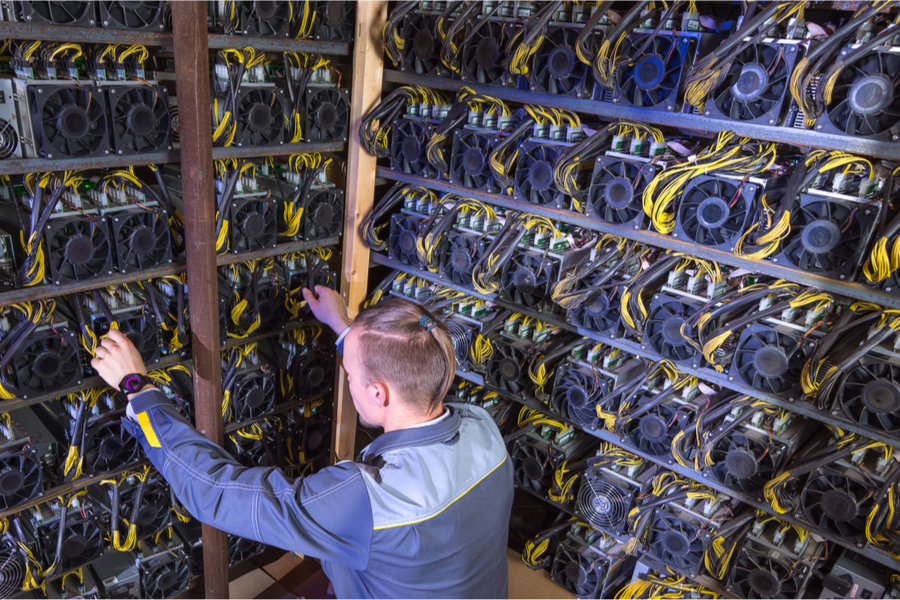 The Bitcoin network uses about the same amount of electricity as Washington state does in a year
Image: Shutterstock

Cryptocurrencies have emerged as one of the most captivating, yet head-scratching, investments in the world. They soar in value. They crash. They’ll change the world, their fans claim, by displacing traditional currencies like the dollar, rupee or ruble. Some of them are named after dog memes.

And in the process of simply existing, cryptocurrencies like Bitcoin, one of the most popular, use astonishing amounts of electricity.

We’ll explain how that works in a minute. But first, consider this: The process of creating Bitcoin consumes around 96 terawatt-hours of electricity annually, more than is used by the Philippines, a nation of about 110 million.

That usage, which is close to half-a-percent of all the electricity consumed in the world, has increased about tenfold in just the past five years.

The Bitcoin network uses about the same amount of electricity as Washington state does in a year.

And more than one-third of what residential cooling in the United States uses up.

More than seven times as much electricity as all of Google’s global operations.

So why is it so energy intensive?

For a long time, money has been thought of as something you can hold in your hand — say, a dollar bill.

Currencies like these seem like such a simple, brilliant idea. A government prints some paper and guarantees its value. Then we swap it among ourselves for cars, candy bars and tube socks. We can give it to whomever we want, or even destroy it.

On the internet, things can get more complicated.

In 2008, an unknown person or persons using the name Satoshi Nakamoto published a proposal to create a cashlike electronic payment system that would do exactly that: Cut out the middlemen. That’s the origin of Bitcoin.

Bitcoin users wouldn’t have to trust a third party — a bank, a government or whatever — Nakamoto said, because transactions would be managed by a decentralized network of Bitcoin users. In other words, no single person or entity could control it. All Bitcoin transactions would be openly accounted for in a public ledger that anyone could examine, and new bitcoins would be created as a reward to participants for helping to manage this vast, sprawling, computerized ledger. But the ultimate supply of bitcoins would be limited. The idea was that growing demand over time would give bitcoins their value.

This concept took a while to catch on.

But today, a single bitcoin is worth about $45,000 — although that could vary wildly by the time you read this — and no one can stop you from sending it to whomever you like. (Of course, if people were to be caught buying illegal drugs or orchestrating ransomware attacks, two of the many unsavory uses for which cryptocurrency has proved attractive, they would still be subject to the law of the land.)

However, as it happens, managing a digital currency of that value with no central authority takes a whole lot of computing power.

1. It starts with a transaction.

Let’s say you want to buy something and pay with Bitcoin. The first part is quick and easy: You would open an account with a Bitcoin exchange like Coinbase, which lets you purchase Bitcoin with dollars.

You now have a “digital wallet” with some Bitcoin in it. To spend it, you simply send Bitcoin into the digital wallet of the person you’re buying something from. Easy as that.

But that transaction, or really any exchange of Bitcoin, must first be validated by the Bitcoin network. In the simplest terms, this is the process by which the seller can be assured that the bitcoins he or she is receiving are real.

This gets to the very heart of the whole Bitcoin bookkeeping system: the maintenance of the vast Bitcoin public ledger. And this is where much of the electrical energy gets consumed.

All around the world, companies and individuals known as Bitcoin miners are competing to be the ones to validate transactions and enter them into the public ledger of all Bitcoin transactions. They basically play a guessing game, using powerful, and power-hungry, computers to try to beat out others. Because if they are successful, they’re rewarded with newly created Bitcoin, which of course is worth a lot of money.

This competition for newly created Bitcoin is called “mining.”

You can think of it like a lottery, or a game of dice. An article published by Braiins, a bitcoin mining company, provides a good analogy: Imagine you’re at a casino and everyone playing has a die with 500 sides. (More accurately, it would have billions of billions of sides, but that’s hard to draw.) The winner is the first person to roll a number under 10.

The more computer power you have, the more guesses you can make quickly. So, unlike at the casino, where you have just one die to roll at human speed, you can have many computers making many, many guesses every second.

The Bitcoin network is designed to make the guessing game more and more difficult as more miners participate, further putting a premium on speedy, power-hungry computers. Specifically, it’s designed so that it always takes an average of 10 minutes for someone to win a round. In the dice game analogy, if more people join the game and start winning faster, the game is recalibrated to make it harder. For example: You now have to roll a number under 4, or you have to roll exactly a 1.

That’s why Bitcoin miners now have warehouses packed with powerful computers, racing at top speed to guess big numbers and using tremendous quantities of energy in the process.

3. The winner reaps hundreds of thousands of dollars in new Bitcoin.

The winner of the guessing game validates a standard “block” of Bitcoin transactions, and is rewarded for doing so with 6.25 newly minted bitcoins, each worth about $45,000. So you can see why people might flock into mining.

In the early days of Bitcoin, when it was less popular and worth little, anyone with a computer could easily mine at home. Not so much anymore.

Today you need highly specialized machines, a lot of money, a big space and enough cooling power to keep the constantly running hardware from overheating. That’s why mining now happens in giant data centers owned by companies or groups of people.

In fact, operations have consolidated so much that now, only seven mining groups own nearly 80% of all computing power on the network. (The aim behind “pooling” computing power like this is to distribute income more evenly so participants get $10 per day rather than several bitcoins every 10 years, for example.)

Bitcoin mining means more than just emissions. Hardware piles up, too. Everyone wants the newest, fastest machinery, which causes high turnover and a new e-waste problem. Alex de Vries, a Paris-based economist, estimates that every year and a half or so, the computational power of mining hardware doubles, making older machines obsolete. According to his calculations, at the start of 2021, Bitcoin alone was generating more e-waste than many midsize countries.

“Bitcoin miners are completely ignoring this issue, because they don’t have a solution,” said de Vries, who runs Digiconomist, a site that tracks the sustainability of cryptocurrencies. “These machines are just dumped.”

Could it be greener?

What if Bitcoin could be mined using more sources of renewable energy, like wind, solar or hydropower?

It’s tricky to figure out exactly how much of Bitcoin mining is powered by renewables because of the very nature of Bitcoin: a decentralized currency whose miners are largely anonymous.

Globally, estimates of Bitcoin’s use of renewables range from about 40% to almost 75%. But in general, experts say, using renewable energy to power Bitcoin mining means it won’t be available to power a home, a factory or an electric car.

Could the way Bitcoin works be rewritten to use less energy? Some other minor cryptocurrencies have promoted an alternate bookkeeping system, where processing transactions is won not through computational labor but by proving ownership of enough coins. This would be more efficient. But it hasn’t been proved at scale, and isn’t likely to take hold with Bitcoin because, among other reasons, Bitcoin stakeholders have a powerful financial incentive not to change, since they have already invested so much in mining.

Some governments are as wary of Bitcoin as environmentalists are. If they were to limit mining, that could theoretically reduce the energy strain. But remember, this is a network designed to exist without middlemen. Places like China are already creating restrictions around mining, but miners are reportedly moving to coal-rich Kazakhstan and the cheap-but-troubled Texas electric grid.

For the foreseeable future, Bitcoin’s energy consumption is likely to remain volatile for as long as its price does.

Although Bitcoin mining might not involve pickaxes and hard hats, it’s not a purely digital abstraction, either: It is connected to the physical world of fossil fuels, power grids and emissions, and to the climate crisis we’re in today. What was imagined as a forward-thinking digital currency has already had real-world ramifications, and those continue to mount.

Tweets by @forbesindia
Indians unhappy with amendments in smoking law: New report
Photo of the day: Delhi under water