The latest drop leaves Bitcoin little changed from where it began the year, erasing a large run-up in recent months

By Ephrat Livni and Raymond Zhong 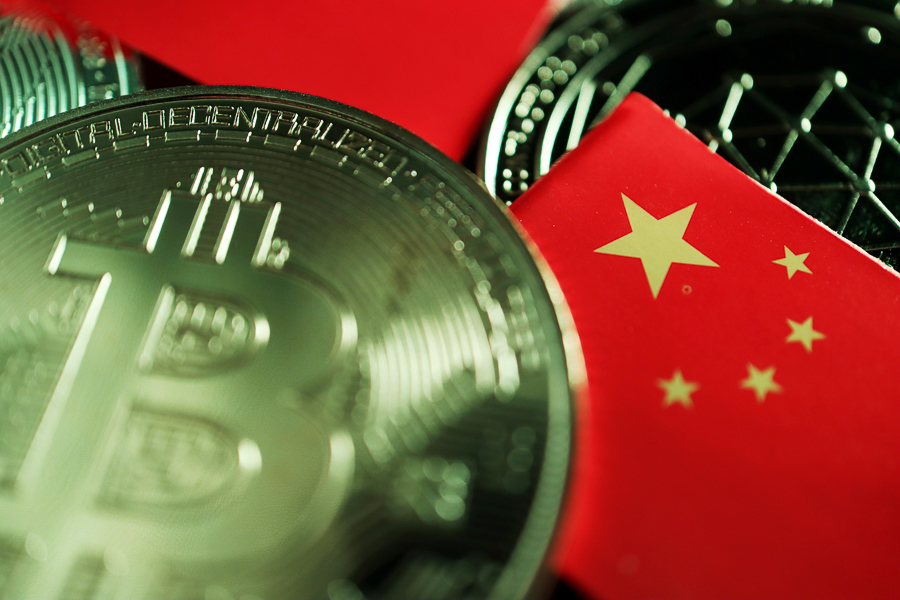 Bitcoin fell below $30,000 on Tuesday, June 22, 2021, for the first time since January after a torrid week of trading in which the cryptocurrency has lost nearly 30% of its value; Image: Florence Lo / Reuters

Bitcoin fell below $30,000 on Tuesday for the first time since January after a torrid week of trading in which the cryptocurrency has lost nearly 30% of its value. The latest drop leaves Bitcoin little changed from where it began the year, erasing a large run-up in recent months.The decline comes as China intensifies its crackdown on Bitcoin. The Chinese government has long viewed cryptocurrencies as a threat to its control over capital flows in the country. Recent statements from top policymakers and articles in the official news media have signaled an increased focus on controlling financial risks, likely to ensure smooth sailing for the economy before a major Communist Party political meeting next year.China banned domestic cryptocurrency exchanges years ago, but trading has continued on other platforms. And China has remained a major hub for cryptocurrency mining operations, in which vast computer farms compete to solve complex equations in return for Bitcoin. Now, though, all of that is coming under greater official scrutiny.In May, Chinese financial regulators issued a stark statement barring banks and payment companies from handling crypto-related business and reminding consumers about the dangers of virtual currencies. Since then, local authorities in several parts of China have shut down crypto mining operations.In recent days, processing activity on the Bitcoin network, known as the hashrate, a measure of the computing power devoted to processing the cryptocurrency, has dropped markedly. And China’s central bank said Monday that it had summoned banks and financial technology firms to remind them that crypto trading in the country was banned. 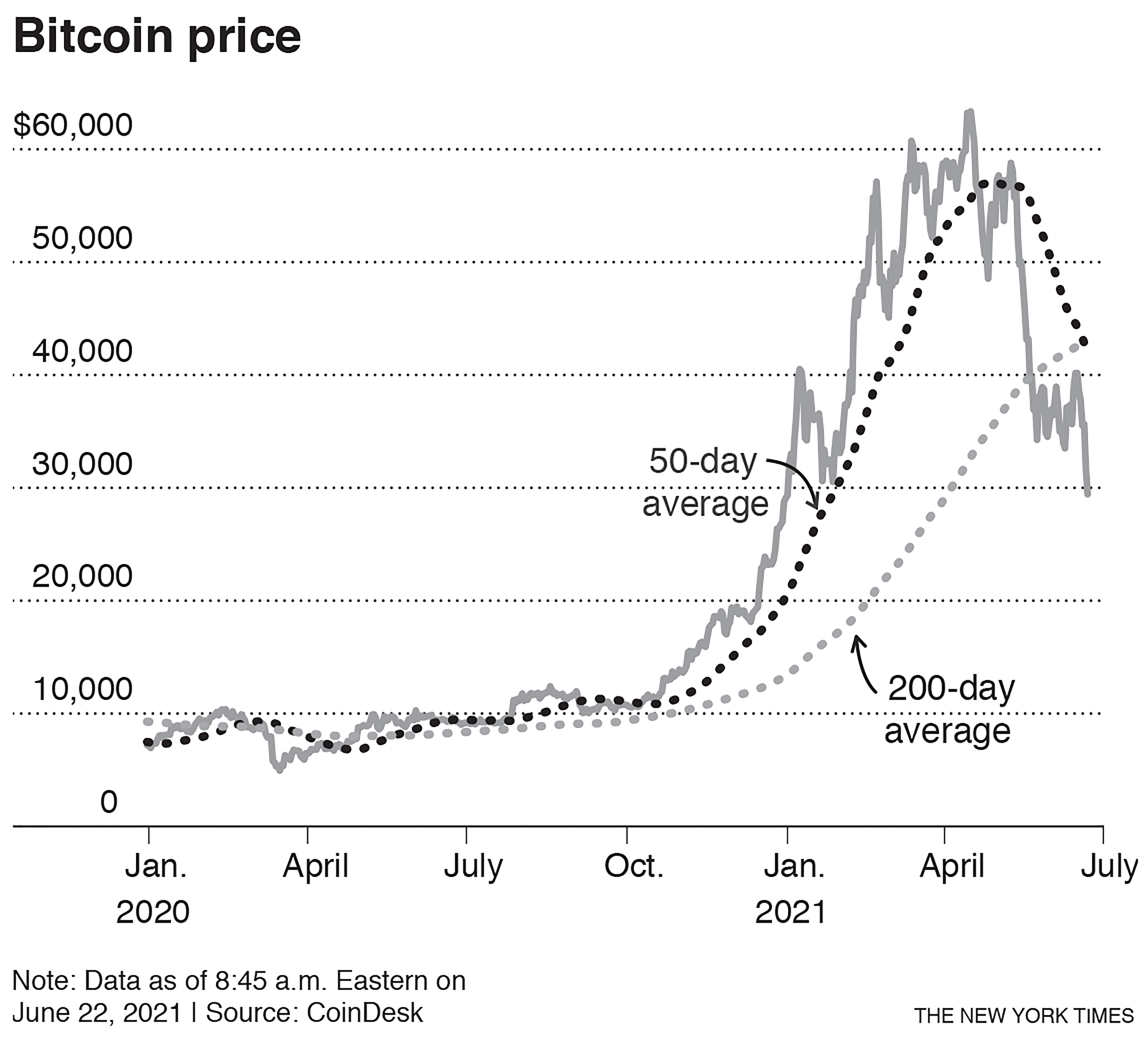 Bitcoin’s plunging price has set off a technical pattern called the death cross, in which the 50-day moving average drops below the 200-day average. Some chart watchers think this portends trouble — hence the ominous name. But the last time this happened, in early 2020, it was around the start of a steady increase in price.

Crypto supporters are trying to look on the bright side. Sam Bankman-Fried, CEO of FTX, one of the largest cryptocurrency exchanges, put a positive spin on the “legitimate bad news” from China, saying now is a great time for North American crypto mining to take off. This, some crypto proponents say, would help make the digital currencies more mainstream.A major criticism of Bitcoin and some other cryptocurrencies is that it takes a lot of energy to mine them, producing carbon emission footprints akin to entire countries. Some states, like Wyoming, are encouraging crypto miners to siphon energy from gas flares to power their computers, using fossil fuels that would otherwise go to waste. Others, like New York, are trying to restrict mining operations because of environmental concerns.The more important long-term trend, however, is the gradual adoption of cryptocurrencies by investors and financial institutions, said Matthew Sigel, head of digital assets research at investment manager VanEck. Goldman Sachs, for example, recently started trading Bitcoin futures.The regulatory review of VanEck’s application for a Bitcoin exchange-traded fund in the United States was delayed for a second time last week. (Sigel declined to comment on the application.) Some regulators and industry insiders believe it is only a matter of time before these investment vehicles, which already trade in Canada and parts of Europe, are allowed in the United States. That would greatly expand the scope of potential investors with exposure to the volatile world of cryptocurrencies.

Tweets by @forbesindia
They relied on Chinese vaccines. Now they're battling outbreaks
A year after ban, many Chinese apps make a comeback with a new interface