Musk has been keen to find evidence to back his accusation that Twitter misled regulators and investors about what portion of accounts are actually spam or software "bots," as well as its key measures regarding growth 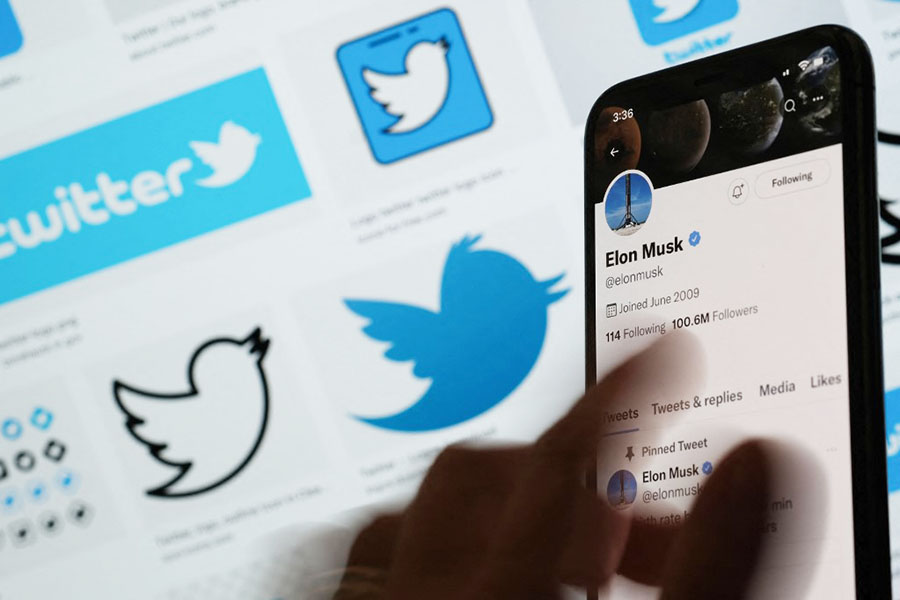 Twitter and Elon Musk sparred in court on Tuesday, each digging for evidence to prevail in a high-stakes trial next month over the billionaire's bid to break his buyout deal.​ Image: Chris DELMAS / AFP

San Francisco, United States: Twitter and Elon Musk sparred in court on Tuesday, each digging for evidence to prevail in a high-stakes trial next month over the billionaire's bid to break his buyout deal.
Musk has been keen to find evidence to back his accusation that Twitter misled regulators and investors about what portion of accounts are actually spam or software "bots," as well as its key measures regarding growth.
Twitter, which has sued Musk to force him to complete the $44 billion buyout deal, seeks material or testimony to prove he is contriving excuses to walk away because he changed his mind.

A Twitter attorney told the judge it was a struggle to get documents from data scientists Musk used to estimate the portion of fake accounts on the social network, and that what they finally got did not back his accusation about it being much higher than five percent.
Attorney Brad Wilson contended that Twitter has encountered a "pattern of delay and obfuscation" when it comes to what Musk learned from data scientists he had study Twitter data.
Musk attorneys, in turn, pressed the judge to make Twitter hand over more messages or other material, particularly regarding "monetizable daily active users" and "user active minutes."
The hearing came during a discovery phase in which rival sides seek documents, emails, depositions and more to back their positions.
The long list of those called on to provide documents or to answer questions in the case includes Twitter co-founder and former chief Jack Dorsey.
Also read: Musk subpoenas Twitter's former head of security-turned-whistleblower in buyout battle
Tesla chief Musk will be deposed under oath over the course of two days next week in sessions that are to be recorded by "stenographic, sound and visual means," according to a filing.
Musk's deposition is set to take place privately in law offices ahead of a five-day trial scheduled to begin October 17 in the Court of Chancery in the state of Delaware.
Musk, the world's richest man, said in a letter in April that he was canceling the deal because he was misled by Twitter concerning the number of bot accounts on its platform, allegations rejected by the company.
Also read: Elon Musk subpoenas former Twitter chief Jack Dorsey
He later added accusations made in a whistleblower complaint by a former head of security at Twitter to his reasons for walking away from the deal.
Twitter has stood by its assessment of user numbers, and portrayed the whistleblower as a "disgruntled former employee" whose allegations are without merit.
"There are a range of possibilities that can come from the Delaware court including settlement, breakup fee paid, deal enforced, and a myriad of other outcomes," Wedbush analyst Dan Ives said of the trial.
"We also continue to believe there is a possibility behind the scenes both parties look to attempt negotiations before stepping into court in a few weeks."
© Agence France-Presse

Tweets by @forbesindia
Meghalaya's Star Cement is the largest player in Northeast. Can it shine pan India?
From Barclays to Goldman Sachs: Texting on private apps costs Wall Street firms $1.8 billion in fines