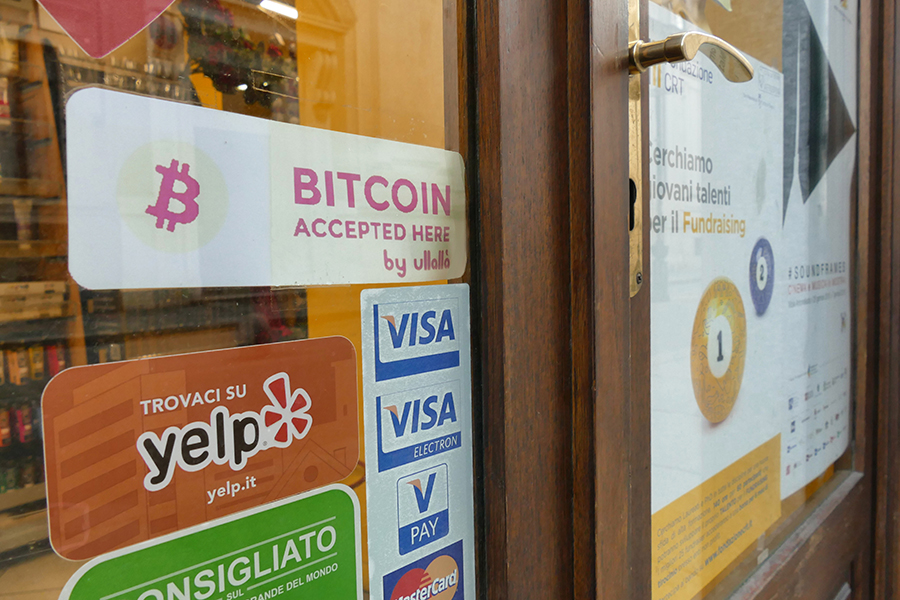 Many companies, including Tesla and Dell have tried to harness crypto payments before. (Credit: Shutterstock)

Paris, France: Four years ago, fried-chicken chain KFC tweeted from its Canadian account that it would accept bitcoin as payment for its "buckets".
The company told AFP its tongue-in-cheek campaign — "digital tender for chicken tenders" — sold out in an hour and the chain has not taken crypto payments since, but online articles regularly recycle the claim that KFC "accepts" bitcoin.
Many other companies have tried to harness crypto payments before abandoning their efforts, Tesla and Dell among them.
Bitcoin will almost certainly never be practical for everyday purchases because its value fluctuates wildly, and each transaction is expensive, energy-hungry and takes at least half an hour.
"No one's going to walk into a KFC to buy a chicken burger and then have to wait 30 minutes for a payment," South African developer and crypto expert Andre Cronje told AFP.

But there are now thousands of smaller cryptocurrencies with faster processing times and more stable prices.
Analysts say the total market value of cryptocurrencies has now topped $2 trillion, roughly half of which is bitcoin.
Companies are gagging to get in on the act and developers like Cronje are building the infrastructure to enable the virtual coins to be used to pay for everyday items.
But public buy-in is crucial, and corporations seem to be struggling to find the perfect formula.

Microsoft typifies the emerging pattern of big companies dabbling in crypto.
The first rule: keep it at arm's length from the core business.
The tech giant has stressed that shareholders will not be exposed to the ups and downs of crypto prices.
PayPal and Apple, two other crypto-curious corporations, have made similar pledges to their shareholders.
To keep crypto off its balance sheet, Microsoft partnered with a firm called Bakkt that allows clients to convert crypto assets into products like gift cards for Xbox, or charge their Starbucks payment card.
Bakkt, which has received investments from Microsoft's venture capital fund M12, went public last year and a flurry of big partnership announcements with the likes of Mastercard sent its share price soaring.
But then came the nose-dive as it reported widening losses and its business came under scrutiny.
The firm had said it expected to have nine million customers by the end of 2021, yet its executives gave a figure of 1.7 million transacting accounts late last year.
PayPal, meanwhile, garnered a lot of publicity for a "checkout with crypto" feature launched in the US and UK last year.
PayPal's system converts users' cryptoassets into money before passing on payment to the vendors.
But it is unclear how popular any of these services are — none of these companies responded to AFP requests for details of the uptake.
Market watchers say it is too early to tell how these forays into crypto will play out.
"My view is to not get too excited yet but just watch the jockeying," said analyst John Freeman of CFRA research, accepting the hot air made it difficult to predict what would happen next.

The barriers to widespread adoption of direct crypto payments for everyday items are considerable — perhaps even unsurmountable.
Developer Cronje said he functioned largely without the need for regular cash or banks by using services like BitPay and BitRefill, which allow crypto to be spent anywhere from Amazon to Uber.
But he accepted his less tech-savvy friends "would be broke very quickly" if they tried to rely on the blockchain, the technology that underpins cryptocurrencies.
Instead, he envisages a future where people will continue to use credit cards and banks but back-end tasks will be largely automated on the blockchain.
"This is a technology that conservatively is going to save them between 20 percent and 25 percent of their overheads and their costs," he said.
"So it's not a matter of if, it's a matter of when."
Meanwhile, non-financial businesses will continue to throw themselves into the crypto space, often to emerge slightly wiser but no richer.
The Pavilions hotel chain, for example, partnered with a payments firm last year to allow customers to use crypto but found it made little difference to its business.
"It turns out no one likes to spend their bitcoins, even on holidays!" Pavilions spokesman Tim Sargeant told AFP in an email.
"It has shown us that bitcoin is more an investment tool than something people wish to part with for payment."
By Joseph BOYLE
© Agence France-Presse

Tweets by @forbesindia
Biden, Modi to speak as US presses for hard line on Russia
Coinbase suspends UPI payments in India three days after launch