From CryptoPunks to Bored Ape Yacht Club, avatars are proving a hit in the NFT market

Collections of the kind are legion in the world of NFT avatars. New ones seem to spring up every day 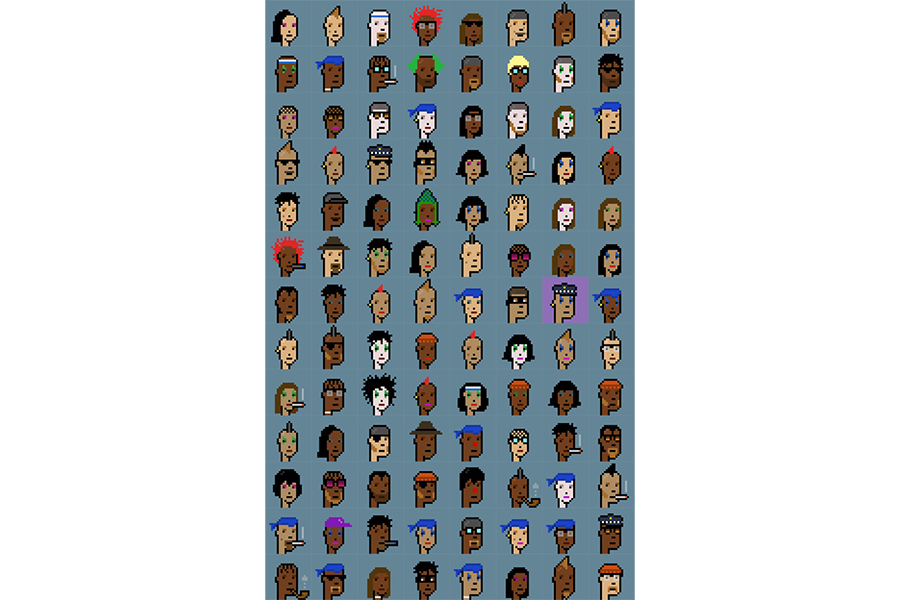 Sotheby's will offer a lot of 104 digital images from the CryptoPunks collection in a single-lot sale on February 23.
Image: Courtesy Sotheby's

There's something for everyone when it comes to NFTs. However, crypto-collectors are showing keen interest in avatars sold online as non-fungible tokens. Some, like CryptoPunks, even fetch astronomical sums at auction.

That's what the auction house Sotheby's is no doubt hoping when it offers a lot comprising 104 digital images belonging to the CryptoPunks collection in a major single-lot sale on February 23. It's estimated to fetch $20-30 million.

And it's pretty safe to assume that they'll be auctioned for that amount, given the craze among NFT collectors for these pixelated effigies. They've been all the rage for four years now. CryptoPunks refer to 10,000 images randomly generated by an algorithm, created by two Canadian developers working together as LarvaLabs. Each of these "virtual punks" is unique, although some resembling zombies, aliens or monkeys stand out for their rarity.

Sotheby's is hoping to make a major splash when it auctions this lot of 104 CryptoPunks. The auction house's rival Christie's previously tested the water in May when it sold nine other avatars from the collection for more than $16.9 million. To attract as many (young) collectors as possible, Sotheby's will accept Bitcoin and other cryptocurrencies as payment methods during this CryptoPunks sale.

Welcome to the club

"To offer a group of 104 CryptoPunks as a single lot is a monumental occasion, and one that we are excited to present as a first-of-its-kind evening auction. Never before has there been a dedicated auction presenting NFTs on this level, and we can't wait to invite the NFT and crypto art community to participate in this special sale," said Michael Bouhanna, co-head of digital art of Sotheby's.

Collections of the kind are legion in the world of NFT avatars. New ones seem to spring up every day. Most of them have the same technical characteristics as CryptoPunks. They comprise 1,000 to 10,000 iterations, generated more or less randomly by an algorithm. And some of them, like the Bored Ape Yacht Club, manage to make a name for themselves in the NFT world.

The works in this particular collection of images of disillusioned monkeys can sell for several hundred thousand dollars. They have attracted the interest of celebrities such as Canadian singer Justin Bieber, American TV presenter Jimmy Fallon and Brazilian soccer player Neymar. The Paris Saint-Germain striker even uses one of his two monkey avatars as a profile picture on social networks, showing off his membership in this very elitist (and sought-after) collectors' club.

Tweets by @forbesindia
Mobile World Congress: World's biggest mobile show eyes up to 60,000 visitors
Our top reads of the week