Skeptics claimed that NFTs were just a speculative bubble on the verge of implosion, but the latest edition of the annual Hiscox Online Art Trade report suggests otherwise 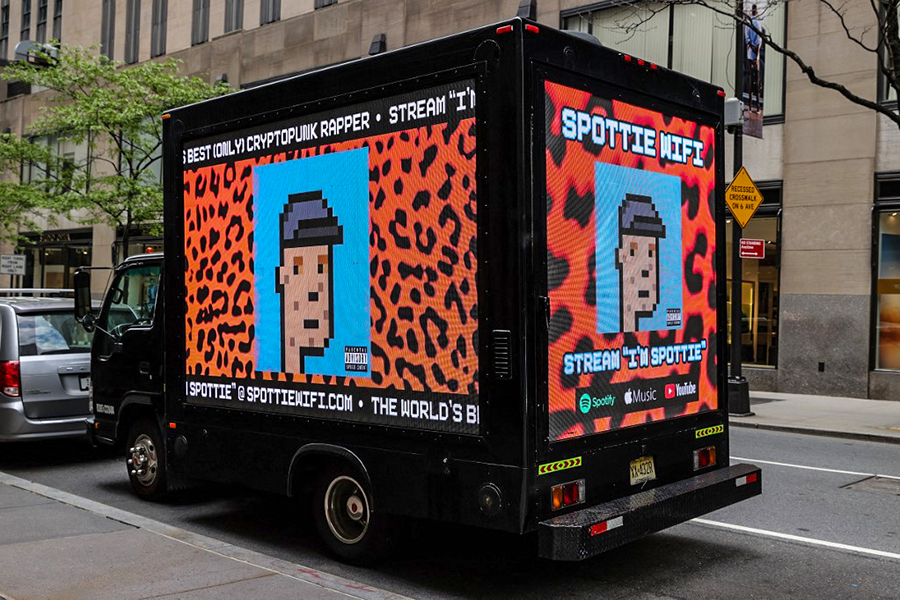 The NFT market has been booming in recent months, especially in the art world. In fact, NFT art sales have reached nearly $3.5 billion so far this year, according to the new Hiscox Online Art Trade report. Indeed, some experts see the rise of this new technology as the future of art.

Skeptics claimed that NFTs were just a speculative bubble on the verge of implosion, but the latest edition of the annual Hiscox Online Art Trade report suggests otherwise. NFT art sales have reached nearly $3.5 billion in the first three quarters of this year. They accelerated particularly in August, reaching the unprecedented sum of $1.7 million.

The problem is that the market for these digital objects with certified ownership is extremely volatile, and it then collapsed by 69% in September. But this is no cause for concern for the most optimistic observers. NFT transactions previously slowed in April after a Beeple collage sold for $69.3 million at Christie's—a sum that propelled him to third place among the most expensive living artists, after Jeff Koons and David Hockney.

Although the NFT market is experiencing some fluctuations, it is steadily gaining momentum and shaking up an art world that is often wary of technological advances. Non-fungible tokens felt the force of this in 2018, three years before they became a household acronym for professionals in the field. At the time, the artist and artificial intelligence researcher Robbie Barrat collaborated with Christie's to offer 300 gift cards to attendees of the auction house's "Art + Tech" summit. The cards allowed them to pick up an exclusive NFT from the artist... which only a few people present actually bothered doing.

The popularity of NFTs has since taken off, and the major auction houses are all now offering these digital objects. Sotheby's has announced the creation of a digital space for digital art collectors, and a bi-annual sale dedicated exclusively to NFTs. A wise choice, perhaps, given that these non-fungible tokens are breaking records at auction. According to the Hiscox Online Art Trade report, four of the world's 10 most expensive NFTs were sold at Christie's and Sotheby's.

In a new phenomenon, many of the most coveted NFTs on the market are part of collections. Among the best known are CryptoPunks, a collection of uniquely generated characters considered to be the pioneers of the "crypto-art" movement, not to mention the jaded monkeys of the Bored Ape Yacht Club. These collections are made up of tens of thousands of avatars randomly generated by an algorithm so that they are all different from each other.

A new way to collect art

While some pieces stand out for their rarity, all of them buy collectors membership to a club or a community. And this sense of belonging is worth its weight in gold, it seems, since a batch of 101 digital drawings from the Bored Ape Yacht Club sold for $24.4 million in September at Sotheby's. Similarly, nine CryptoPunks sold in May for $16.9 million at Christie's.

"In art collecting, people don't just buy objects, they buy the stories behind them. One lesson from the crypto-collectibles boom is the importance of storytelling in building a large community," reads the report. Bored Ape Yacht Club plays particularly on this aspect by offering holders of its avatars the opportunity to participate in exclusive members' evenings.

Whether they confer a sense of belonging or not, NFTs have made their way into the art world. Optimists see them as a way to empower artists, while others question their environmental impact or the lack of specific regulation around this new technology. Nevertheless, the authors of the Hiscox Online Art Trade report are optimistic: "NFTs fill a gap that has existed in the art world for a long time—a new way of collecting art. NFTs fulfil the same urge for collectors to own something desirable, only this time in a digital, rather than physical form. This market will have its ups and downs, but the art world should pay attention, if it is to remain relevant in the future."

Tweets by @forbesindia
Quartz, jade, amethyst: The stones taking over the beauty industry
At McKinsey, widespread furore over work with planet's biggest polluters