Christie's to auction Mughal collection, 'the best quality of Indian jewellery ever seen' 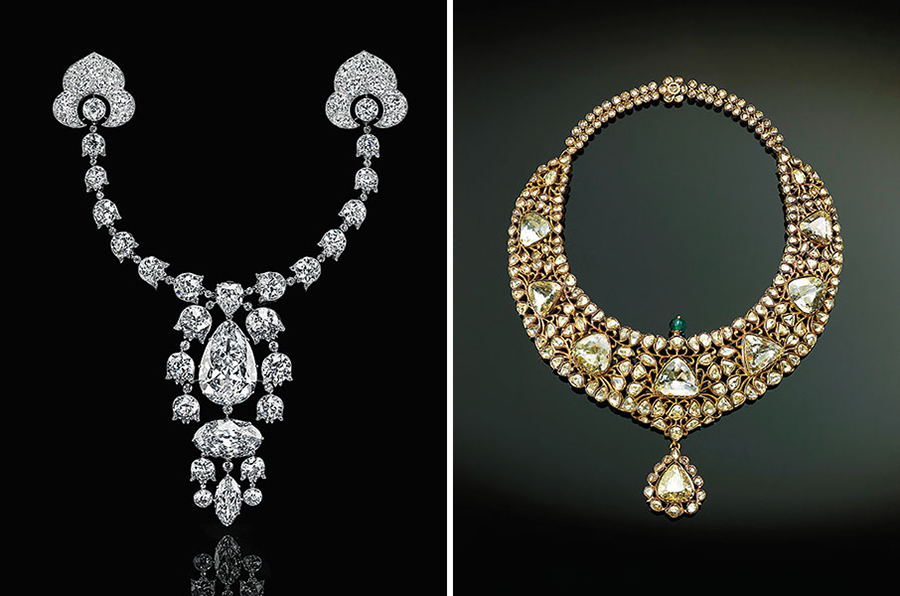 (Left) The Belle Époque Devant-de-corsage diamond brooch and (right) a diamond rivière necklace from the collection of the Nizam of Hyderabad
Image courtesy: Christie's

Four hundred storied items of jewellery and Mughal artefacts, including the likes of Shah Jahan’s dagger and Maharani Gayatri Devi’s pearl necklace, from the Al Thani Collection, owned by Qatar’s ruling family, will go under the hammer in New York on June 19. Organised by Christie’s, the Maharajas & Mughal Magnificence auction is among the biggest of its kind, given the rich history and rarity of items on sale. The auction included the Belle Époque Devant-de-corsage diamond brooch created by Cartier in 1912, and a diamond rivière necklace from the collection of the Nizam of Hyderabad, featuring almost 200 carats of Golconda diamonds. 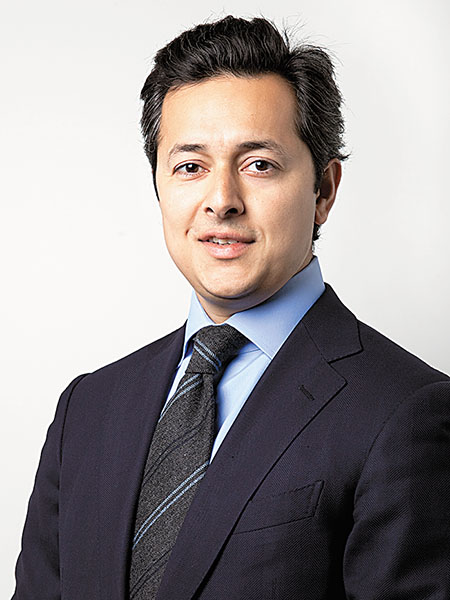 Rahul Kadakia, Christie’s international head of jewellery and senior vice president, spoke to Forbes India ahead of the event. Excerpts:  Q What is the significance of this auction?
This collection comprises 400 lots of the global Al Thani Collection, which in its entirety has 6,000 lots. For the world of collectors, this assortment of Indian jewels, Islamic objects, art deco-inspired jewels supplied by Indian royals in the 1920s and 1930s and jewellery designed by European houses like Cartier is as major an event as will ever be. Q When did Christie’s begin auctioning Indian jewels?
We started sales at Christie’s for Indian jewels in 1997, in Mumbai, to celebrate India’s 50th year of Independence. Until then, we did not deal much with Indian jewellery because the market was not ready. The auction in 1997 had 160 rare items. It was a success and made about $6 million. We had similar sales every two years after that, but never found the quality items that the Mughal jewellery collection will have. Q How has the Indian jewellery auction market evolved?
Compared to earlier auctions, the Mughal jewellery auction comprises high quality merchandise. In this context, the scenario between 1997 and 2003 was different. We had to combine different categories of art to even have an auction, but now we have 400 lots of the best quality Indian jewellery that one has ever seen, in one auction.  Q What are some of the significant pieces in the collection?
There’s a jedi (an ornamental mineral used in making jewellery) cup that was sent from India to China. Chinese Emperor Qianlong was so inspired by it that he wrote a poem that was engraved on the cup. The lots from the Al Thani Collection also include important Islamic jewels and objects, the Golconda diamonds; there’s an important Belle Époque Devant-de-corsage brooch from 1912, commissioned by a South African magnate with diamonds in it. It is the third time we are offering the brooch for sale. So there are many old friends that have passed through our auctions, and have made their way back.  Q What’s the most valuable piece in this collection?
They are all important by way of their history and provenance. Monetarily, the Belle Époque Devant-de-corsage, priced between $10-15 million, is the most valuable. The pieces are valued taking into account their provenance, history, rarity, who they belonged to and where they were exhibited. The Indian jewels will make money no matter how we price them. So far, for jewellery, the most expensive auction that has ever taken place is for Elizabeth Taylor’s collection, which was a record breaking auction in 2011 at Christie’s New York. It made more than $100 million. We expect this auction to be in that ballpark, if not more. Q How has the market response been?
We launched the collection in April in London and simultaneously in Shanghai. The Jedi jewels and art deco jewels received an overwhelming response. Then the collection travelled to Geneva. Another part of the collection was exhibited at the same time in New York. Every category of clients, in every part of the world, has been approached with highlights of the collection. Hong Kong was the last stop of the international tour. We are positive about the buyers’ response.  Q What does this collection say about the connections between Mughal emperors and European jewellers?
In the 1600s and 1700s, there was no relationship as such. Only European visitors who visited the courts of the Mughal emperors exchanged ideas about the workmanship of jewellery making. Like the Shah Jahan dagger that has the hilt of a boy attached to an Islamic blade and the workmanship suggests that it could quiet possibly be European work. But in the 1920s and 1930s, the collaboration between the Maharajas and emperors began with the European jewellery houses when they started travelling to Europe. They began taking their gems with them. It all began with their desire to create timepieces like pocket watches; then, that evolved into jewellery, and that evolved into a relationship between the European jewellery houses and royal states in India. Eventually, Indian royals started commissioning jewellery pieces where the Maharajas would supply stones and the jewellery houses would use some of theirs and put together great creations. Q Why has Christie’s stopped conducting auctions in India since 2017?
We stopped auctioning Indian art here because we began focusing on auctions in London and New York with our Southeast Asian art. This coincides with other art categories and helps both buyers and sellers to be under the umbrella of a bigger sale. So, instead of having an auction in Mumbai, we are now combining the art collections to feature art from different sections of the world. For example, we now combine Indian art along with Islamic, Japanese, Chinese and Korean art in one auction. Also, one can’t bring all the collection to India due to various restrictions.

Tweets by @forbesindia
A virtual assistant that won't compromise your data, from Stanford
The evolution of the Indian Cricket World Cup jersey