Memes and NFT trends can save heritage performing arts

Ongoing NFT trend and the authenticity of blockchain can lend a helping hand in rejuvenating traditional art forms such as Kabuki, Chhau and Kutiyattom. There is hope for heritage artwork

By Prof. A Damodaran 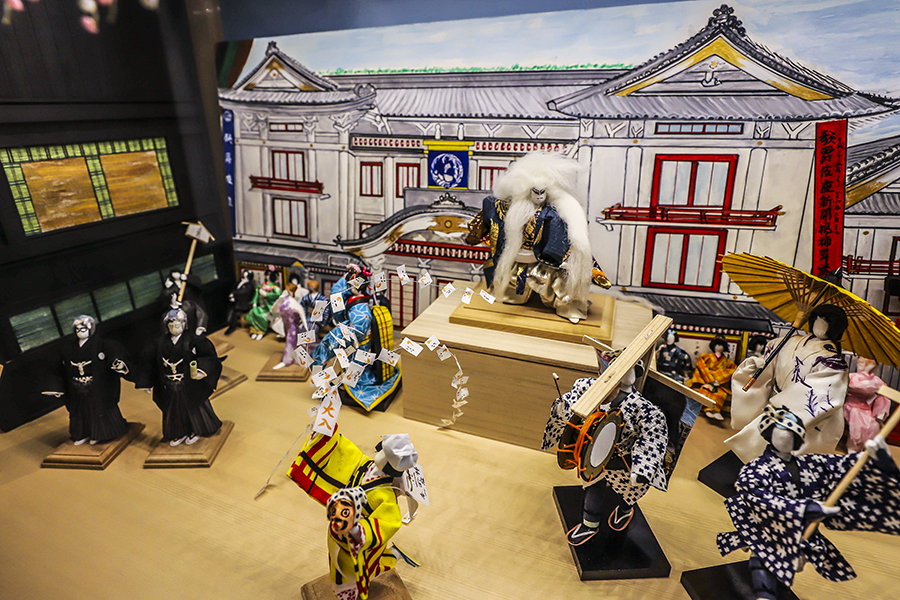 Kabuki is a traditional Japanese form of theater developed during the Edo Period rich in showmanship and involves elaborately designed costumes, ornately styled wigs, extraordinary makeup and exaggerated actions performed by the actors. It is recognized as one of Japan's three major classical theaters along with noh and bunraku, and has been named as a UNESCO Intangible Cultural Heritage. (Photo by John Lander/John S Lander/LightRocket via Getty Images)

It is hard to miss the Kabuki Gallery at Japan’s Narita Airport. It is much harder to forget the place after an absorbing visit. It is not about the colourful images of Kabuki characters or the exotically draped mannequins that adorn the Hall. It is about the sweet spot in the gallery where you stare at a ‘Tablet’ screen placed on an elevated table and see your face transform into that of an ‘Aragoto’. While at Tokyo’s famed ‘Kabuki-za Theatre’, you are in a state of trance watching your favourite ‘Aragoto’ character fighting dragons of evil, here you are turning into the very Kabuki character you have worshipped!

Kabuki has indeed been the blazing cultural icon of Japan. The dance drama acquired global stature in the year 2005 when UNESCO declared it as an intangible heritage of humankind. Despite this, Kabuki is widely perceived in Japan as a ‘popular’ classical art form. The Kabuki establishment has never shied away from experimenting with changes despite the solemn heritage label attached to the art form. Three experiments undertaken in the past are worthy of mention. First was the effort to bring in directors of contemporary theatres to helm Kabuki plays. The idea was to bring in creative elements from the former to add spice to kabuki performances. The second experiment was the introduction of ‘Cinema Kabuki’ that re-presented stage performances through the medium of films to provide a cinematic touch to stage performances. The intention here was to attract youngsters to the cinematic version of the art form.  The third and perhaps the most radical experiment has been the introduction of Kabuki creams and related cosmetic products to attract a new band of wellness conscious customers to the art form.

The strategy that underlay the three initiatives was to disassemble the ‘totality of Kabuki heritage’, look for attractive components that could stand on their own and sell the art form to a new set of customers. All this was sought to be achieved by the Kabuki establishment without diminishing the importance of conventional live plays.

The world of memes offers interesting possibilities for Kabuki, given the propensity of the art form to indulge in playful juxtapositions. While the digital images of 'authentic' Aragoto characters are theatrical, deeply expressive and a slice of the famed Kabuki heritage, the images captured by the ‘Tablet’ at the Kabuki Gallery are memes. Over the years, the Kabuki Gallery at Narita would have accumulated thousands of such digital memes of the Aragoto. Some of them would be moustachioed, others would be wearing eyeglasses, and still, others could be noted for their vacant looks.

By crafting a collage of these images—or a ‘meme of memes’—and minting Non Fungible Tokens (NFTs) around the artwork and putting it up for auctions, the Kabuki Gallery would be exposing its 'fancy product' to the art-loving crypto billionaires of the world. One of them may end up buying the collage at a phenomenally high price. This is precisely what Bansky’s ‘First 5000 days’ and Damien Hirst’s ‘Fanciful Currency’ had managed to achieve during the difficult days of the Covid-19 pandemic.

The strength of an NFT is that they are non-fungible (one of its kind) and hence eminently suited for private value auctions. Since they are minted in Ethereum blockchain platforms on smart contract modes, NFTs provide the stamp of authentic ownership over an artwork that is put on auctions. NFTs minted so far, have shown a predominant tendency to monetise art memes. They have displayed a greater affinity for digital visual arts of contemporary nature, although celebrity artists like Damien Hirst have packaged both digital and material versions of the artwork as part of their NFT ventures.

Given their potential to yield a ‘capital bonanza’, NFTs could act as the saviour of heritage performing arts. With government budgets shrinking and private sources of funding drying up, heritage performing art organisations of India have not been able to keep up with their high creative standards. A successful NFT venture could be a way out since it can provide these organisations with opportunities to step up investments required to reverse their flagging creativity.

However, heritage performing arts will have to contend with three problems associated with the current NFT system. In the first place, NFT minting entails high energy costs (or gas fees), which reduces the margins on art objects that clock low prices in auctions. This discourages low profile heritage performing arts organisations from participating on NFT platforms. The second handicap with the existing system is that the private value auctions involving NFT-linked artworks are driven by strong bidders who follow dominant strategies in bidding by being blessed with deep cryptocurrency wallets. The present NFT auction system—which is in the mould of the classic Vickrey-Clark-Groves Auction Model—causes the value of tokens to be excessively high, thus forcing small bidders (with sympathies for low profile heritage arts organisations) to keep away from bidding in these auctions. The third problem with the present NFT system is the heavy carbon footprint associated with the NFT minting process as reflected in high gas costs.

Although recent changes in the Ethereum blockchain code may succeed in bringing gas costs down, it is unclear whether heritage performing arts organisations will be in a position to capitalise on NFTs in the immediate future. While heritage performing arts like Kabuki may catch the NFT virus, given their propensity to generate memes, performing arts organisations of India (notably those associated with UNESCO recognised heritage arts such as Chhau and Kutiyattom) may not be able to access NFT platforms due to regulatory and legal constraints on the one hand and their inability to foot the transaction fees associated with NFT minting, trading and settlement, on the other.

More fundamentally, they may lack the appetite for playful juxtapositions!

( A Damodaran is Professor, Economics & Social Sciences  at IIM Bangalore)

Tweets by @forbesindia
If you have never met your co-workers in person, did you even work there?
Horn OK, Please: How PumPumPum got a headstart in the used-car leasing business